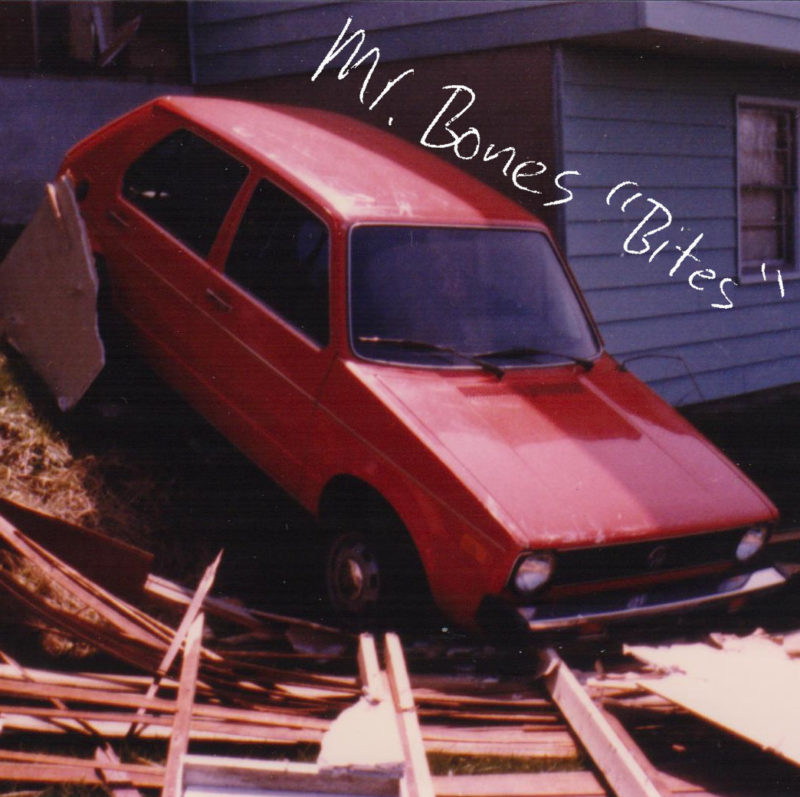 Mr. Bones, a Portland-based pop-punk/lo-fi outfit, released their newest album Bites last February. Bites impressively showcases how Mr. Bones is able to pull off an extremely unique and varied sound, ranging from straight-up angst-rock to a pop-punk flavor, all while maintaining a ’90s rock flair.

Bites really hits hard for the first time with the song “Do You Wanna Feel Alright?” This song appeals to the sad boy in all of us, with its innovative and emotionally-driven lyrics, but somehow keeps a quick pace and tune. This strange combination makes the darker and more hard-hitting lyrics almost seem like an anthem to listeners, and frankly makes one want to dance away the pain.

The track melts perfectly into “candlewax,database,” but a few seconds into the song, we lose that lighter vibe from the previous song and the track develops a darker and louder sound. The instrumentals in “candlewax,database” are slower and murkier, creating the angry angsty feeling expected with the lyrics of the previous track, but in a new context.

Bites again switches moods with their song “Bad Drivers of South Carolina,” in which Lee Bones lays down some funky fresh keyboard beats reminiscent of the ’90s. These funky beats paired with the band’s signature sound create a song that’s both a blast from the past and filled with distinctly now lo-fi goodness.

Mr. Bones definitely impresses with Bites, which perfectly shows off the band’s combination of so many different sounds and styles, which is very hard to come by in today’s music landscape. As an added bonus, Bites is loaded with some true lyrical genius that appeals to the darkest and moodiest parts of our psyches. All said and done though, you just can’t forget the sweet 90s’ flair that Mr. Bones offers.

(First pressings of Bites on cassette are still available via Mr. Bones’ Bandcamp page, where you can also stream the LP and purchase it in digital and CD formats. Listen to the track “candlewax,database” below.)