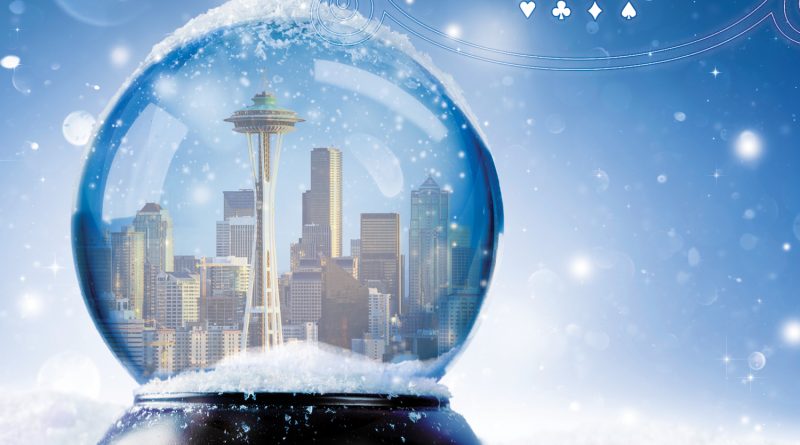 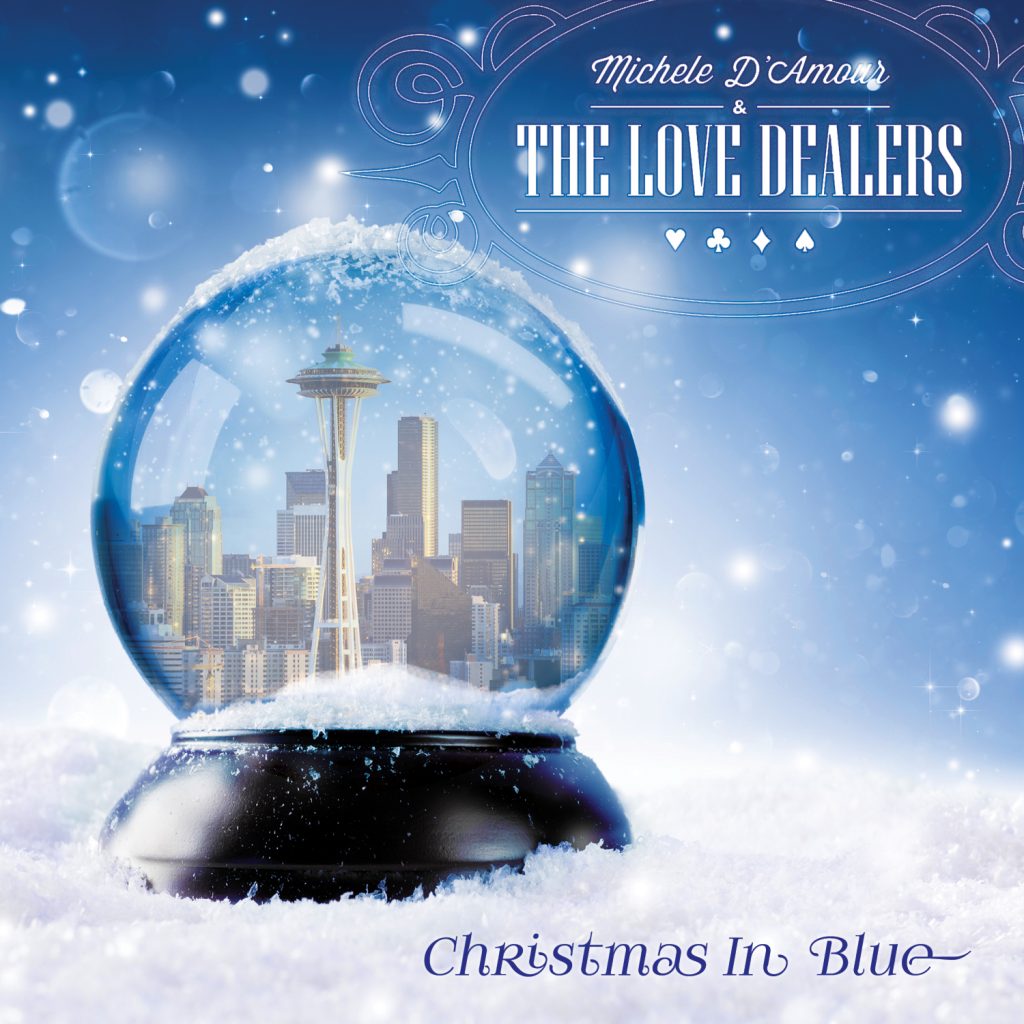 When thinking of Christmas traditions and holiday music the Pacific Northwest isn’t typically the first place that comes to mind, and yet some of the best-selling Christmas music came from Northwest natives. “White Christmas” from Spokane crooner Bing Crosby and, Miracles: The Holiday Album, from Seattle smooth jazz saxophonist Kenny G top the list. Growing up hearing this iconic music award winning songwriter Michel D’ Amour longed to add her voice to that lexicon. Now leading her own band, The Love Dealers, she has finally made that dream come true with the release of their sixth album Christmas in Blue.

The Seattle based group recorded the ten song collection after much encouragement and requests from fans who heard the group perform several of the eight original songs during the holiday season, along with the two often covered classics that are a must for any Christmas album. The set kicks off with the title track and augmented the five piece band with a full horn section on a Big Joe Turner styled jump with D’Amour more teaching us all how to paint our “Christmas In Blue.” She then pokes fun at the storybook game that encourages kids to be on their best behavior during the holidays “Elf On The Shelf,” by telling the creepy little guy to go get lost. Sax man Noel Barnes plays the part of Maceo on the burning James Brown styled “Funky Santa.” The swinging 12 bar “Bring My Baby Back,” has all the elements of a classic Christmas blues ballad that could have come from Etta James or Ray Charles.

D’ Amour has a little fun with the notion of being passed over by Santa while the band got some great presents on the jazzy “All I Got For Christmas.” She then gets up a bit bawdy on the slinky track “Naughty List,” tempting her man to meet her under the mistletoe. A white Christmas is truly a rare thing in Seattle, so the big band swing of “Weatherman,” is a plea for the city’s favorite forecaster to bring on the white stuff in time for a cool yule. The traditional hymn “Silent Night,” is delivered with reverence and the update of an easy back beat and glorious Hammond B3 from keyboardist Brian Olendorf. “The Noisiest Toy,” is a rockabilly party full of zips, beeps and whizbangs that celebrates the joy of being a kid on Christmas morning. Drummer Dave Delzotto leads the second line for a Bourbon Street Christmas parade closing the show with New Orleans version of “The Little Drummer Boy.”

Christmas In Blue from Michele D’Amour and the Love Dealers is a loving gift delivered with joy.