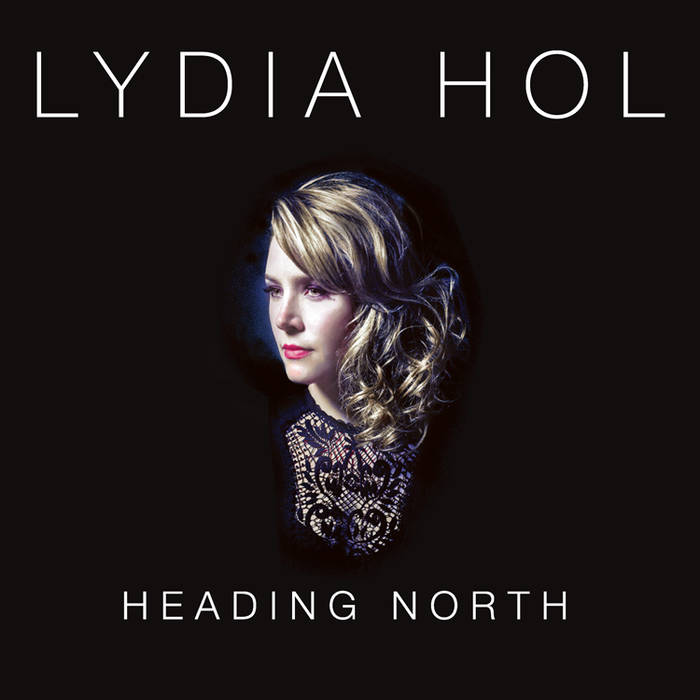 Traditional folk meets the soft delivery of Lydia Hol‘s voice on her latest full-length LP Heading North. The instrumentation is typical for a true-to-form folk record. Softly-strummed guitar, brushed drums, the haunting echo of a steel guitar, light use of an organ, and of course, a cello. It’s predictable for this genre.

The lyrics are well-composed with some good imagery and symbolism. Lydia’s vocal delivery is easy to listen to, but not overly compelling. Each song is sung with a melancholy undertone and slight waver. She’s employed some really good musicians, and a few co-writers you might recognize, like Mike Edel, who released “India, Seattle” late last year, as well as Winston Hauschild.

Heading North begins with the Mike Edel co-written “Ammunition.” Just skip this song for now. It really should start with the second track, “Heading North.” It’s got a good tempo, and I love the anchor metaphor in the chorus. The next track, “Could’ve Been The Wind” has a slight R&B undertone with a lovely groove that trips along like the wind. Lydia’s voice sails through the choruses of “Couldn’t Let it Go,” and “Carry Me Home.” At this point, go back and listen to “Ammunition.” It’s a well-written slow waltz that needs to be eased into.

Lydia Hol does lose me as a listener with the tracks “Song of the Barren Orange Tree” and “Mistress of the Track.” A more guided folk tune asks a question that has no answer, or tells a story that needs to be told. In the last track, “Mistress of the Track,” I had to do some research. It’s told from first-person perspective, and clicking around, I found that one of the few jockeys, Ron Turcotte, who rode the horse Secretariat (mentioned in the song), fell off of another horse later in his career and ended up being a paraplegic. You are welcome.

It’s a good album that needs the songs to be a different order and a blurb about Ron Turcotte in the credits. Some of its stories told can be a bit lost on contextless listeners, but they aren’t enough to ruin what’s ultimately a very satisfying folk release.

(You can purchase Heading North via iTunes, and stream its title track below via Bandcamp.)