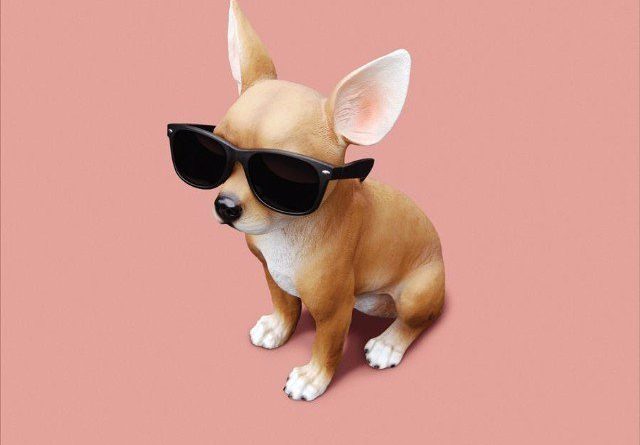 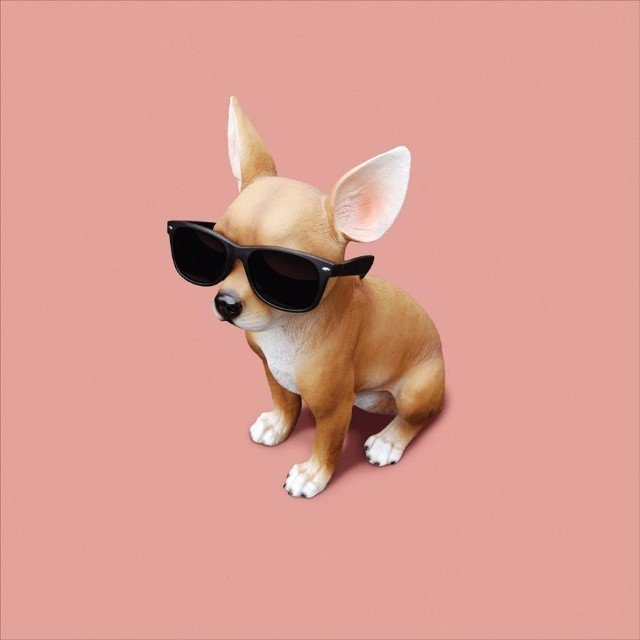 Based on the shade wearing Chihuahua, Lo Tom comes off as lite fare. Heck, even the band dismisses any real direction behind the record: simply friends who missed jamming together. Nothing wrong with dudes releasing some tunes, but Lo Tom aren’t just any dudes; they’re a super group.

Their self-titled debut album (out now, courtesy of Barsuk Records) has seasoned depth, lived in confidence, and not surprising, the “hits”. Lo Tom features the talented David Bazan, Trey Many, Jason Martin, and TW Walsh. If those names fall short, try Pedro the Lion, Starflyer 59, Velour, or The Soft Drugs. In less than 29 minutes, this 2014 formed rock quartet craftily cooks eight songs ready for savoring. There’s no appetizers or dessert. The menu may read light on paper, but when consumed, your body and soul will be pleased.

The album opener “Covered Wagon” showcases the band’s urgency, as does the ruckus-fueled “Another Mistake,” where Bazan sings, “every single one of you is an American man/every single one of you had better raise their right hand.” The trouble swells until ending abruptly with an expletive. “Overboard” is a darling pop gem set in motion by Many’s crisp hi-hat shifts, Bazan’s register, and twin guitar attacks. The enigmatic “don’t stop on account of me, I’m not living there anymore,” could point to anything, but fans of Bazan will connect the dots to his overtly Christian past. Closer, “Lower Down,” is jam anthem material, with its slow, cathartic release, punctuated by the interplay of stop and go time keeping from Many and princely guitar solos from Martin and Walsh.

Lo Tom has an easy, lived in quality, where generous insights, cryptically political ruminations sound dead on with repeat listens. Yes, on the surface, Lo Tom isn’t pushing any blatantly direct statements, but peel the onion and you’ll find a band offering vision on how to build and protect your tower all the while insisting it needs to crumble. This earned wisdom points to the crystallized intellect of music veterans who seem content in the labyrinth of life, deeming a dog wearing shades album cover even more poignant than imagined.

(Listen below to the song “Overboard”  from the album via Youtube and you can get more info about Lo Tom at the website HERE or at the Barsuk Records website HERE.)