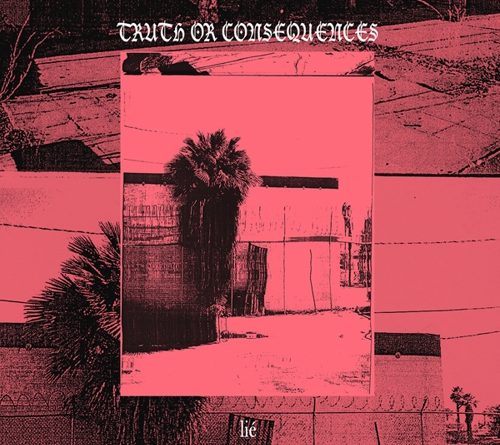 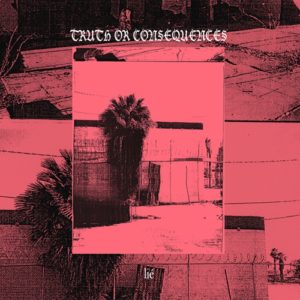 From the opening fuzz bass line of “Pride,” the opening track of lié’s second full album, Truth or Consequences, released on August 12th on the Monofonus Press label, I was hooked!

lié, made up of Ashlee on guitars, Brittany on bass, and Kati on drums (with Ashlee and Brit sharing vocals), have a deep punk sensibility, stemming, on Ashlee’s part, from her early exposure to the punk scene through her parents. As she puts it, “It’s in the blood.” There is also a heavy goth feel to their music.

It’s in the blood of this trio from beautiful Vancouver, B.C., who count, among their influences, bands like Portland’s Wipers, now defunct, but considered the first Pacific Northwest punk band by Michael Hann of The Guardian, and the Vancouver “emergency room” scene, a now closed local haunt.

The vocal work is like a Johnny Rotten-esque vituperative rant that accompanies the tunes so well; gems like “Pride,” the catchy opener, “White Mice,” with its driving beat, contrasting “white” with a blackness of lyrics (“So high…your vapid desire…”), “Truth,” also a contrast (“They’re holding your lie…”), and my personal favorite, “Worse” (“You are not my god…”). “Failed Visions” has an incendiary beat and a hook that keeps on hooking. Keeping true to their punk sensibility, these nine tracks all clock in at less than 3:45, but pack a punch that leaves the listener with the wind knocked out of them like a good punk anthem should do.

lié have just wrapped up a West Coast tour, and having performed at SXSW with the likes of Protomartyr and other artists, some from the West Coast. They have an upcoming show in November with Chicago noise merchants, Running, and are putting their talents into writing new material, while planning another tour at some point this winter.

(Truth or Consequences is available on Monofonus Press’ label site at monofonuspress.com, and is a great addition to your dark-post-whatever-punk catalog. Pick it up today and watch for them at your favorite venue. Their live sets are full of the amazing energy on this album. Get it today! Stream two tracks from the LP, “Truth or Consequences” and “Failed Visions,” below.)