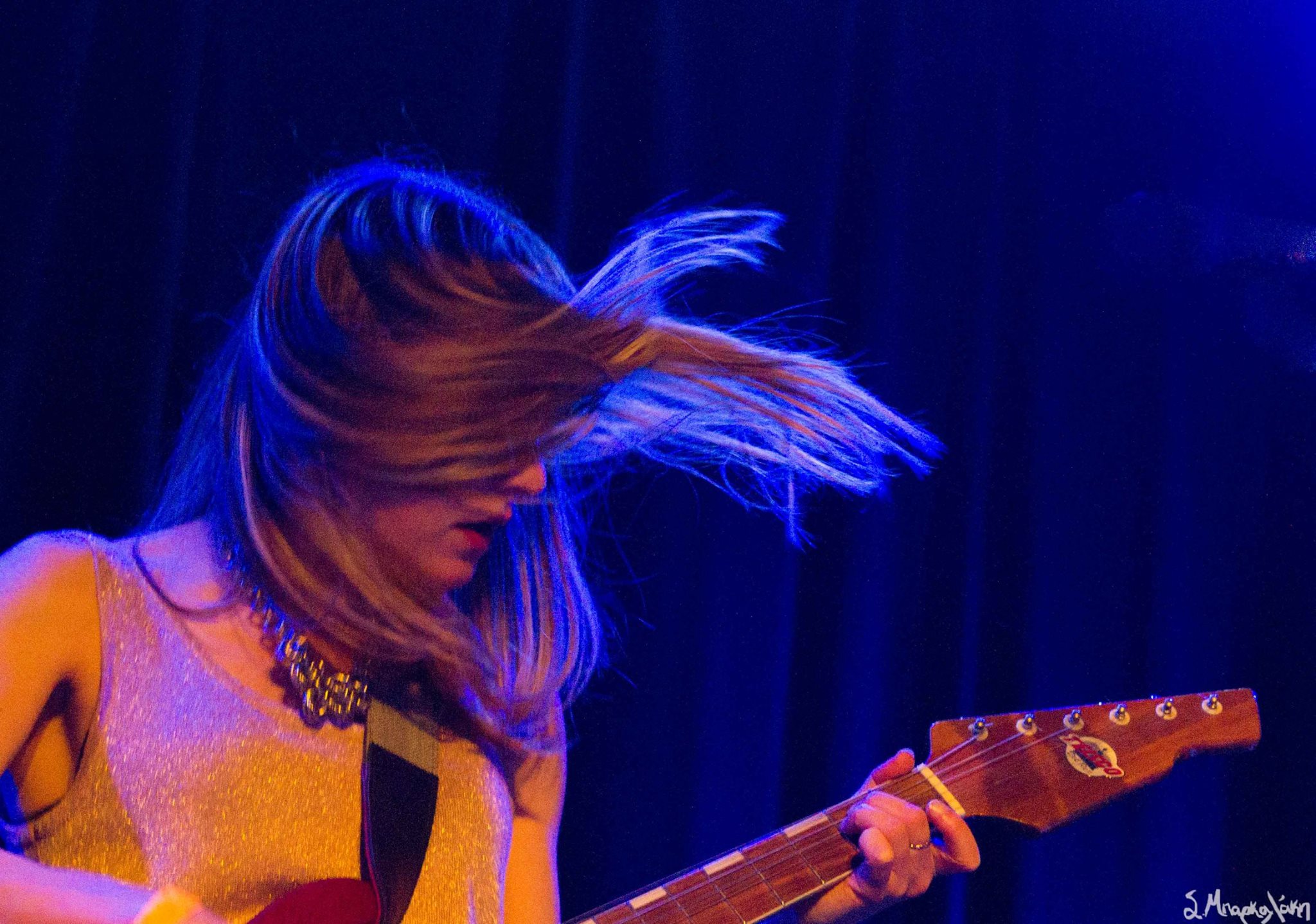 As I walked towards the Nectar Lounge in Fremont, I was really happy, and not because the next day was President’s Day and I didn’t have to work. I’ve been following both Lemolo and Chastity Belt for a while now, and I was glad to finally get to catch them live, much less at the same show. The moment I arrived and saw the huge line that was still there (even though the show had started an hour prior), a security guy came out and said “The show just sold out, if you don’t have a ticket that was it.”

Lemolo went on at about 9:00 after setting up her guitar and keyboard and having a quick mike check. Meagan Grandall’s voice was even better than on the record, and her dream-pop sound really set the mood for the set. It was her and a drummer onstage, but the sound felt so much fuller as her words echoed through the venue.

The Seattle based musician’s sophomore album Red Right Return was released a few months ago. Tracks “Runner,” “White Flag,” “Low Halo,” “Hold Light,” and “Heart” (all of which were performed live) showcase the singer’s vocal capabilities, as well as her musical abilities, marrying the two in perfect harmony. Lemolo will be playing a show at The Triple Door on March 18th, make sure to grab tickets while you can!

After switching equipment and setting up quickly, it was time to get carried away by Chastity Belt’s loose, infectious tunes. The now Seattle-based band started in their hometown of Walla Walla in 2013. The group consists of lead vocalist/guitarist Julia Shapiro, bassist Annie Truscott, guitarist Lydia Lund, and drummer Gretchen Grimm.

They have released two albums, the most recent being Time to Go Home under Hardly Art, which has gotten the attention of many national critics. They went on tour with Courtney Barnett last year before she earned herself a Grammy nomination, and have been on the road supporting their new material for a while. After starting their set started, I noticed that each of the girls had a lipstick mark on their cheek that was probably done by one another, which was funny.

The band has a really cool way of appearing completely relaxed on stage, just enjoying their time playing their songs. It was great to see them banter with each other, share stories, and mess around on stage. They played their dreamy rock songs “Time to Go Home,” “Joke,” “Black Sail,” “Drone,” and came back for their encore with “Cool Slut” and “Seattle Party.” They will be at the Sunset on March 27th again (alongside Hinds), so make sure you make your way there to check them out to support local bands! They won’t disappoint you.

Posted by S.Barkalakis on Wednesday, 17 February 2016