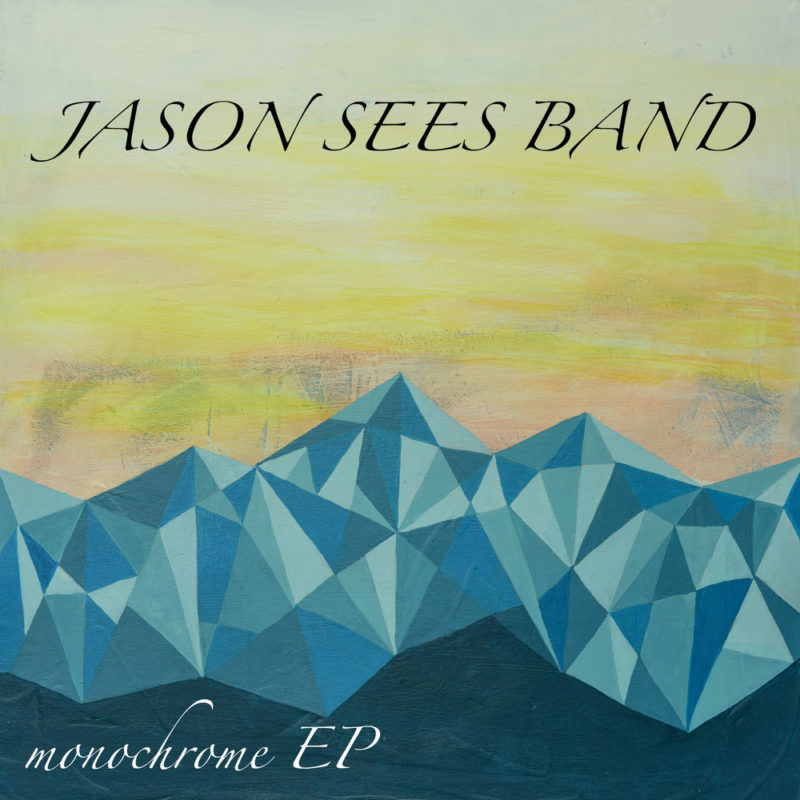 Everyone is familiar with the famous chocolatier and sweets-maker Sees’ Candies. Who didn’t ask for chocolate cigars for Christmas growing up? Well let me introduce another Sees equally as sweet and enjoyable to the senses. Jason Sees Band is a Seattle, Washington-based five-piece that produce dreamy, acoustic indie pop tunes. December 2015 saw the release of Monochrome EP, the first of three EPs in a series.

The opening track “Half of Mine” is an overcast trip to the coast. Like waking up in a slightly sandy bed with the smell of the ocean at the edge of your awareness. Sees’ voice captures the sleepy essence of time well-spent, and is balanced by a simple backing track of reverb-soaked electric guitar, drum machine, and some lo-fi synth. Sees co-wrote the track with the band’s guitar player Alex Willson.

The EP picks up with the second track, when a ukulele is introduced in the hook-laden, toe-tapper “Us Three.” The resulting sound could be described as Neon Trees meets Jack Johnson. “In Memories” continues the use of the ukulele, but this time takes on a melancholy, ghostly sound, paired with simple guitar and cloudy keyboard riffs.

Next up is the EP’s title track “Monochrome.” It is a slow, thoughtful, dreamy acoustic guitar ballad that gradually builds as the recurring reverb soaked guitar and lo-fi sounds are added to the mix. The result can be compared to Fountains of Wayne with an early Shins feel.

The EP ends on a second track called “Monochrome (Joe’s Redux).” If the first version of “Monochrome” was dreamy, this version is almost nightmarish in an art film kind of way. Think dark winding hallways, flickering street lamps, cemeteries, etc. The song leaves the EP feeling almost unfinished, like the end of a movie that ends on a cliffhanger, which is perhaps a lead into their next EP.

The collection of songs is a perfect representation of the diverse sounds Jason Sees Band is capable of creating. Like a chocolate assortment box of Sees’ Candies!

(The Monochrome EP is available via the Jason Sees Band’s website for less than $5.00. You can stream the title track via SoundCloud below.)