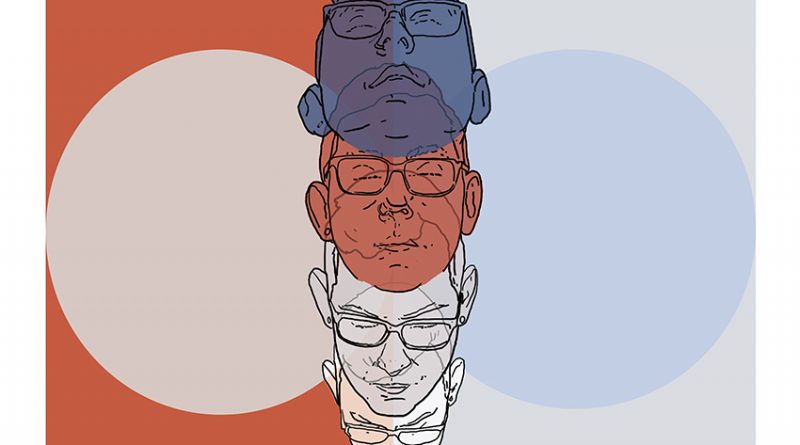 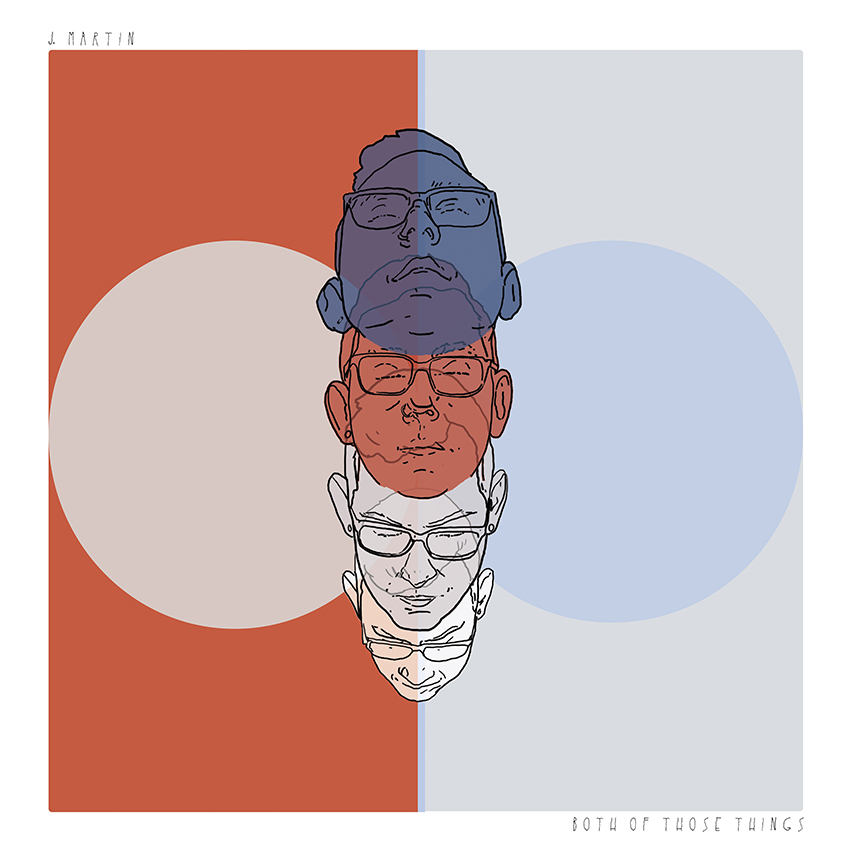 Tacoma songwriter J. Martin’s 2013 debut EP, Awake or a Dream, was a windswept affair. Landing just outside a busy brand of Ron Sexsmith meets Conor Oberst folk, Martin’s songs were tangled in their flair. His vocal range rode awfully close to imitating significance and at times the jangly instrumentation muddled his narrative. His new EP, Both of Those Things (released this past September on Swoon Records) is a mighty stride forward. Sonically stirred from a rootsy indie-rock sound toward something fractured, arty, and crisp, Martin doesn’t go at it alone. He reenlists Jacob Gosselin on drums and percussion and Brandon Sagnella on electric guitar. The addition of Mathieu (bass, keyboard, percussion, drums) and Jonny (electric guitar, piano, banjo, acoustic guitar) Riede allow Martin to stretch his songs into a sound worth scouting.

Aptly titled “Lost My Mind”, bounces and jolts as phantasmal guitar notes spring into excitable drum patterns. The soothing let down and grafting of sounds showcases an improving range for Martin and co. “Hand of Nothing” dissolves cleanly into spiny guitar lines and propulsive drumming, stirring comparisons to The Sea and Cake.

Throughout Both of Those Things, Gosselin and M.Riede favor drumming techniques that boost beyond typical 4/4 trudging, giving Martin a construct to color choruses brim full of theatrical blasts or the freedom to back away, letting space have a say. “Way Out” toys early with an entry into Radiohead’s pre-2000 territory. Vocally connecting dots from Thom Yorke’s sketched, angelic mumblings, Martin and team wisely layer a piano riff, open hi-hat, and ghostly, guitar driven enchantments, allowing the song to be explored in real time.

The triumphantly disarming chorus on “Orphan” is devastatingly gorgeous. Gently picked acoustic guitar notes roll, as Martin and the Riede brother’s harmonies make waves on the Pacific’s coastal shores. The trio’s ear for dynamics is elevated as the song ascends higher, striking a crescendo of moody snare, reverbed vocals, bells and release. EP finale and darken lounge preserves of “Both of Those Things” nods toward Ken Stringfellow’s orchestral travelogues. Here, Martin’s slanted pop is covered in spilling synths, crystalline vocals, and bright rhythms tagged into a high-end production.

On Both of Those Things, Martin has crafted an indelible Side A. Each of the five songs could stand alone, yet hearing them collectively, pivoting or enveloping the previous, garners the best bounty. Martin’s inclusion of talented players on this nearly missed EP soars above previous climbed heights. Here’s hoping his follow up isn’t six years in the making.

(Check out ‘Both of Those Things’ via Bandcamp below.)