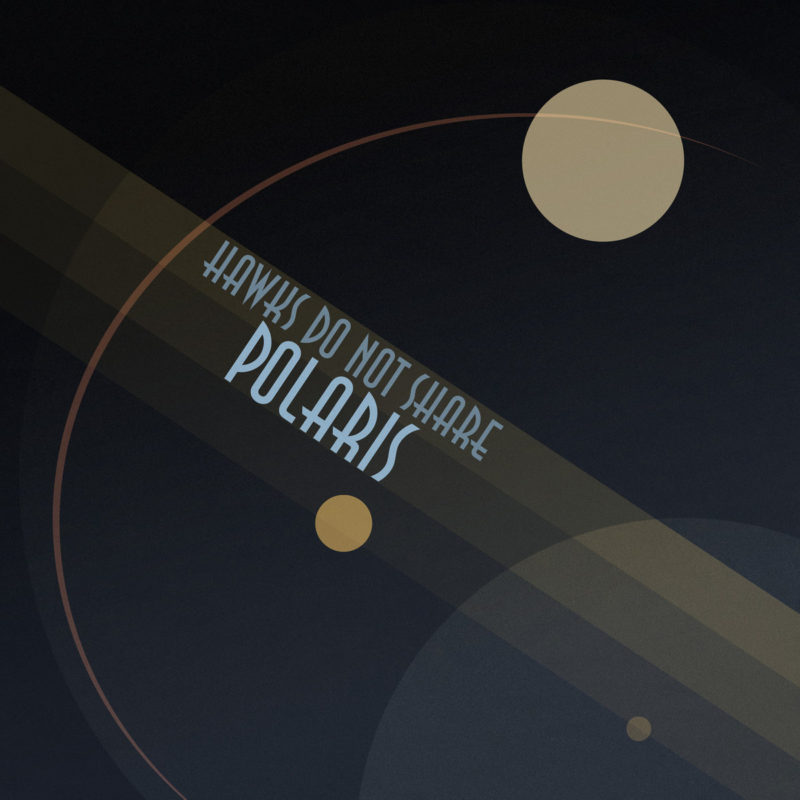 Hawks Do Not Share, a Portland-based synth-pop quartet, is the brainchild of its founders, George Lewis III (vocals, bass, programming) and Jeremy Wilkins (keyboards, programming, backing vocals), who formed the band in 2012, later adding multi-instrumentalist, Britt White, who also provides vocal support on their first full-length release. Over the last year, they’ve been joined by Jason Roark (Guitars), who fell in love with the band during a record release show for that first full-length album, HDNS. Shortly after that show, Jason expressed interest in adding his guitar. Britt, who had been providing guitar stylings up to that point, was thrilled by the prospect of putting down the guitar to focus on her preferred instruments, keyboards and vocals.

Over the past year, the four have been working on the songs featured in their upcoming EP release, Polaris, a four-song gem loaded with programmed beats, glistening synth tones, and electronic-based production. It drops on March 18th, and is a real uplifting and excellent piece of work from a band with a very bright future.

The title track, “Polaris,” written by George, is a sonic exploration of the idea that people, regardless of cultural influences, need similar things to thrive, as opposed to the forces that try to separate us into opposing clans.

My personal favorite, “Nightfall,” begins with a sample from one of my all-time favorite movies of the early ‘70’s, and was penned by George and Jeremy, who sat down in-studio and wrote the tune together. It features lilting guitar work by Jason, and speaks eloquently of one’s search for meaning and the realization that we play behind “masks,” at times, complicating real self-analysis. (“Trust your friends when they say, ‘You’re just a fool’… You probably are…”) The images of nightfall and low tide are a very chillingly real metaphor for our self-deception, from time to time.

The other two tunes, “He Woke Up Inside” (another Lewis/Wilkins collaboration) and “Try To Forget,” an instrumental ditty which is a product of Wilkins and White, round out the offering, which promises big things in the future from these four.

(The band is playing The Secret Society Ballroom in Portland on the 27th of March, and the set will include newer songs as well. The EP is available for pre-order on Bandcamp, and I recommend it highly. I have my copy ordered… I strongly urge you to do the same. You can stream the title track below through SoundCloud.)