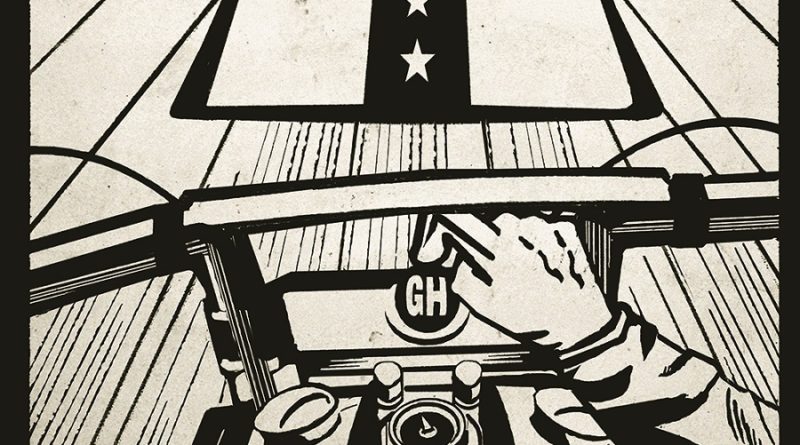 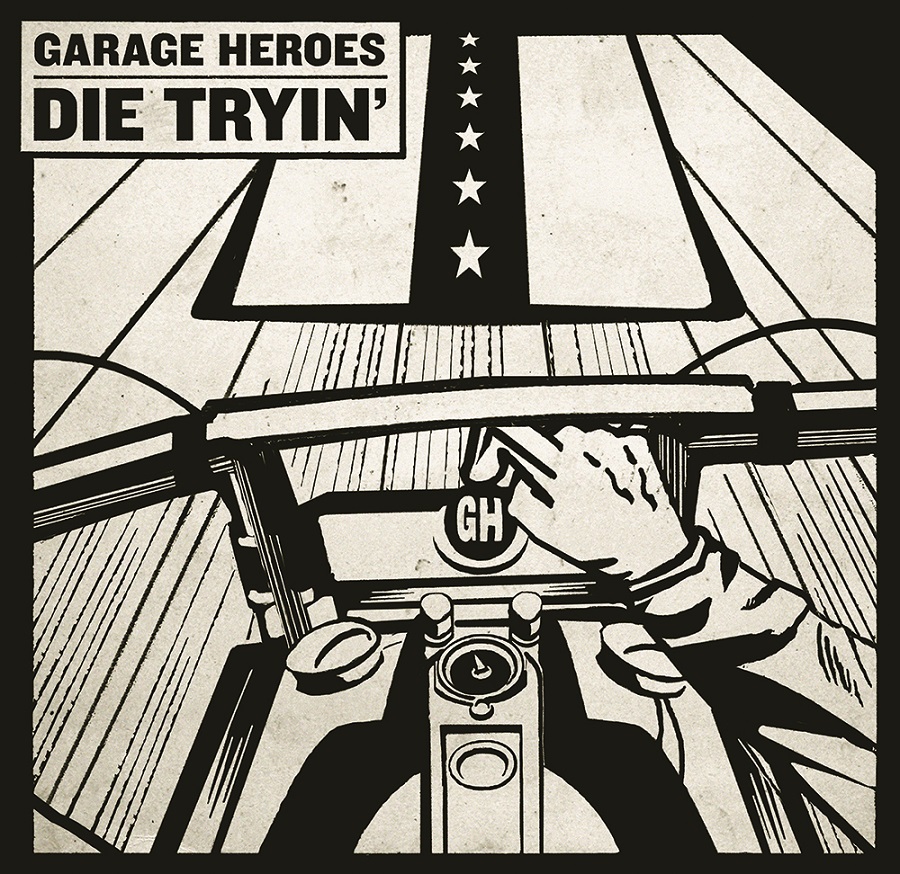 There’s some music that’s great and perfectly fine to hear in the digital medium, and then there are those bands you know are going to be great if you could get them on vinyl. Garage Heroes must have known that when they crafted Die Tryin’, which was released July 9th, and is available on vinyl. It is a classic body of work certainly headphones- and vinyl-worthy.

For youngsters who missed the ’70s, don’t despair, because Garage Heroes are here to feed that part of your brain which needs to eat rock music of the epic variety. They say they were reaching for a “live band feel” when recording this album, according to the album information. Hiring Tony Reed (of Mos Generator and Stone Axe fame) to do it was a great choice. He definitely brought it to the top through his mixing and mastering.

The LP is bookended with harmonica in the first track “Fallen,” and the title track, “Die Tryin’” played by Paul Ingram, who also sings and plays guitar. William Herod is also on guitar, while Eric Peterson on bass and vocals and Scott Snyder on drums round out the Heroes lineup.

I’ve never seen these guys live, but I imagine it’s as much about the experience as the music, because it has that in-the-moment vibe. It seems the record was aptly named, as it took five locations over 10 months to record, which requires a bit of crazy dedication to keep going, logistically speaking.

This collection is everything they say it is and wholly satisfying to a rock ‘n roll junkie. The sugar on the doughnut for me is the overall pacing of the album as a whole. Individually, these songs are dope, but together, just like times of yore, a dedicated listen from start to finish is a fantastic experience, especially with buds inserted.

Seattle influences are strong on this album, and you will definitely hear them, as well as the big-hitters from decades ago, but I think once you’ve heard these guys’ style, you’ll recognized them easily enough. They stand out, and that’s what it takes to capture an audience with many choices these days.

(Die Tryin’ is available to purchase via thegarageheroes.com for $10 digitally, or $20 for the vinyl plus an included download card. You can stream the music video for “Fallen” below.)