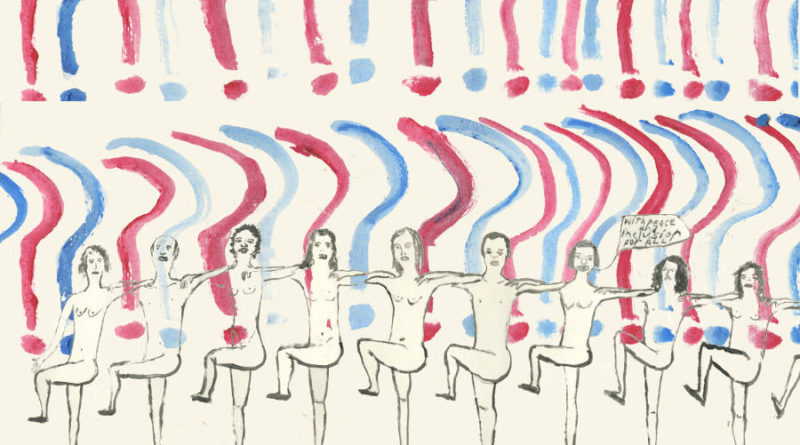 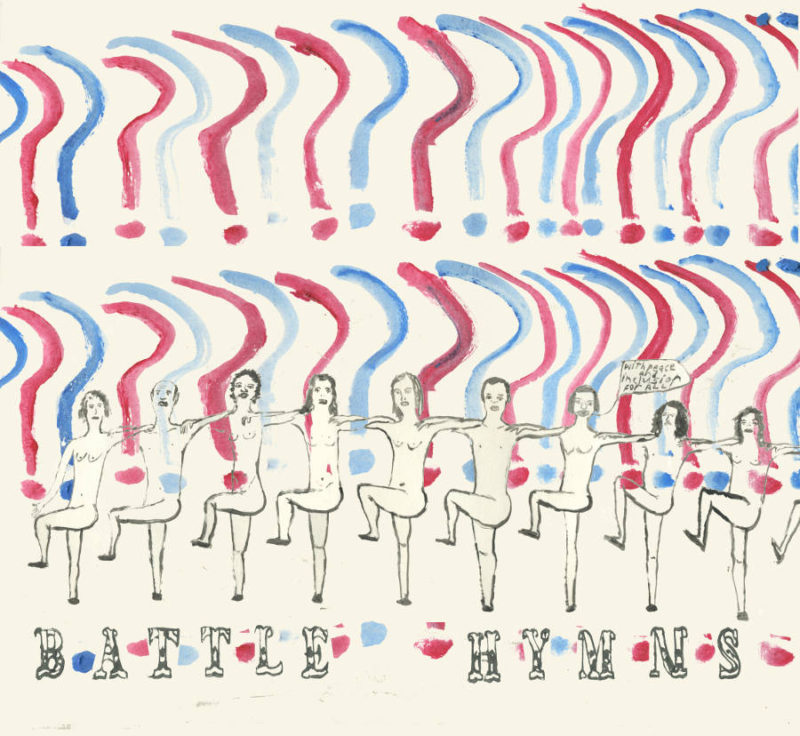 Just in time for the inauguration, or, more accurately, doomsday, comes Battle Hymns, a record specifically designed to rally your spirits during these turbulent times. As plainly stated on the compilation’s website: “It is a protest record!” So play it loud.

Battle Hymns is available through Quasi’s website, quasiband.com, and the band not only contributes a track, the group’s core members, Sam Coomes and Janet Weiss, also turn up on a number of the other tracks as backing players. The roster of other participating musicians reads like a who’s who of NW indie rock: Carrie Brownstein, Corin Tucker, Stephen Malkmus, Rebecca Gates, Scott McCaughey, and Doug Martsch, among others.

Things get off to a forthright start with the self-explanatory “We Won’t Go Back” by Love Always — the Thermals’ Kathy Foster, who handles all instrument and vocal chores, proudly declaiming, “We fight the hate, the lies/We won’t go back” over a powerful (and fuzzy) musical backing. Mary Timony’s “Fight the Hate” is in a similar vein, a simple statement wedded to a tough rock beat.

But a number of tracks, unsurprisingly, evince a darker humor. The best in this regard is Quasi’s creepy “Ballad of Donald Duck & Elmer Fudd,” an allegorical parable narrated with sinister coolness by Coomes. Elsewhere, Mac McCaughan tries to find a silver lining in the poppy “Happy New Year (Prince Can’t Die Again),” but the best he can do is assert that well, at least we won’t have to live through the horrors of 2016 again (Martsch’s ghostly, aptly titled, “Fuck 2016” expresses a similar sentiment). And “No More Fizz,” by MEDS (Carrie Brownstein and Katie Harkin) presents a stripped-down, sharp shock of a litany of what perils may await us; not only the absence of essentials like electricity and sex, but “No more punctuation” and “No more mathematics,” which, given the increasing disparagement of science and education, doesn’t seem entirely far-fetched. “I’m just waitin’ to feel love,” Brownstein sings hopefully during the chorus. Don’t hold your breath.

But the answer might be provided by “Love in the Time of Resistance” by the wonderfully named Filthy Friends (Tucker, McCaughey, Bill Rieflin, Kurt Bloch, and Peter Buck). Its sound is mournful and a bit dissonant (rather like a Sleater-Kinney track), but it’s a song that also refuses to concede defeat: “Can’t go back, we must move on … Can’t let hatred rule.” There’s an urgency in Tucker’s voice, pleading with you to not give into despair. Let this album provide the soundtrack to your own form of resistance. Even buying it makes a difference; the album, available as a download, is a pay-what-you-want release, and all proceeds are earmarked for Planned Parenthood, the ACLU, and 350.org.

(You can purchase the album HERE)