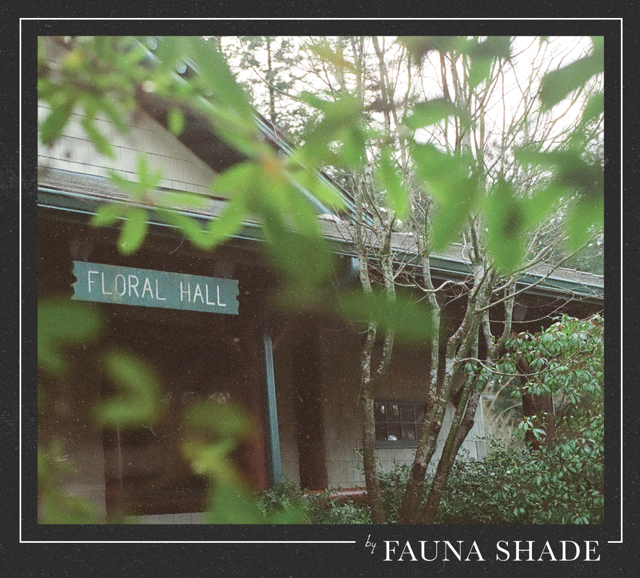 If you’ve been listening to local alternative radio stations such as KEXP or 107.7 The End in the past handful of days, it’s likely that you already know which trio just came out with a new EP. If you guessed Fauna Shade, then you are absolutely correct. The Floral Hall EP, constructed by Scotty Smith, Richie Owen, and Derek Johnston, presents a nice transition from their first album, Baton Rouge. While many concepts of that album are still relevant, they explore new ways to accentuate and expand their psychedelic rock sound.

Diving straight in with an easy going vibe is “1973,” which features Ashley Eriksson and Eli Moore from LAKE. This is a great starting point because it isn’t too abrasive. The constant steady beat plays a substantial part in keeping the song on its course, thus creating a mellow mood throughout its duration. Although it is slower, do not underestimate the rock influences that become more apparent towards the end.

Those influences become the ultimate frame to the next two tracks, “No Nostalgia” and “Bazzle Shabazz.” The experimentation of high-energy rock is executed extremely well in both songs. In the former, what starts out as a guitar solo expands into a full-fledged band section. Even though having all the instruments incorporated at once seems like it would be cataclysm, Smith, Owen, and Johnston definitely know how to layer each component and use them to compliment one another. Rolling right into the latter, the unusual, but amusing name “Bazzle Shabazz” defines the song before it even has a chance to be played. From start to stop, this song is filled with such vitality and life that you won’t be able to stop rocking out.

“Are you lonely or just alone?” The set closes out with “P.S.,” a melodic track that will mentally and emotionally take you to a tranquil dimension. The melancholy guitar coordinates effortlessly with Smith’s distinct raspy vocals, generating a powerful effect among the whole audience.

Wonderfully-produced with their hearts and souls, the Floral Hall EP foreshadows a hopeful future for the boys of Fauna Shade.