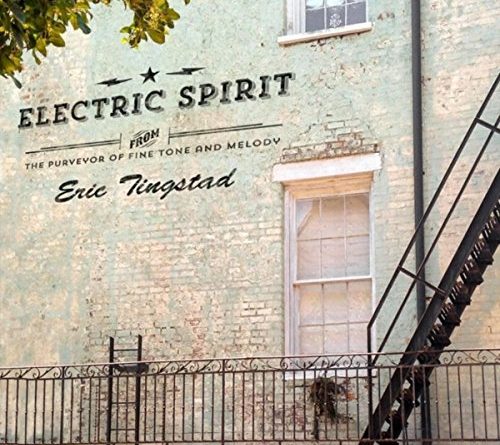 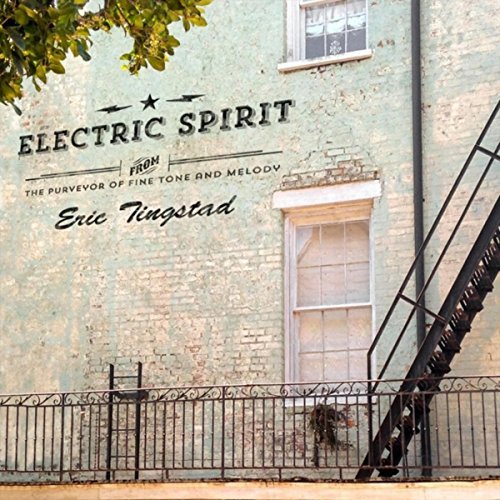 Northwest guitarist Eric Tingstad is most known for his acoustic playing that earned him a Grammy in 2003 but for his latest release the acclaimed composer has chosen to explore the roots of his early influences from delta blues, to country and soul on the Telecaster, lap and pedal steel and resophonic, painting evocative landscapes with tube driven power on a new disc titled Electric Spirit. The 12 new tracks, released in April of 2018 are a continuation of Tingstad’s love affair with music that seeps up from the Mississippi, which was the title of his 2015 album. This time he adds three loving renditions of traditional songs and a guest vocalist to his original instrumentals. The album opens with the slinky soul blues “Electric City,” that showcases his finger picking skills over a greasy bed of Hammond B3. The swampy blues of “French Quarter,” is propelled by a lazy shuffle from drummer Ben Smith of Heart, then the gospel hymn “Oh’ Shenandoah,” is given the Mark Knopfler and Dire Straits treatment modernizing the old chestnut.

Tingstad reveals the influence Chet Atkins had on him on the swinging country blues “Bessie, “and “Amazing Grace,” soars over a fat back beat and the angels sing in the form of sweet high lonesome pedal steel. Blue-eyed Miami soul singer Chloe Dolandis delivers the breathy vocals on the inspirational ballad “There’s More,” providing the album’s Disney Magic moment. The music travelogue continues as Tingstad then takes us down the sweet and spicy road of “South to Carolina,” and the ultra-laid-back blues “Big River,” that rolls into the reggae tinged “Key West.” His telecaster pops on the sizzling tango “Flamingo Club,” and the reverb-soaked rambler “The Train of Thought,” is full of sonic surprises and evocative melodic notions. The lovely reading of “Over the Rainbow,” that closes the set is destined to become a classic.

Tingstad once again proves he is a master who works with frets and strings the way The Impressionists worked with oil and canvas, drawing inspiration from nature and relying on imagination and feelings to guide his art.

(Listen to a sample from Electric Spirit below and visit HearNow to hear more. You can purchase the album HERE via CD Baby.)