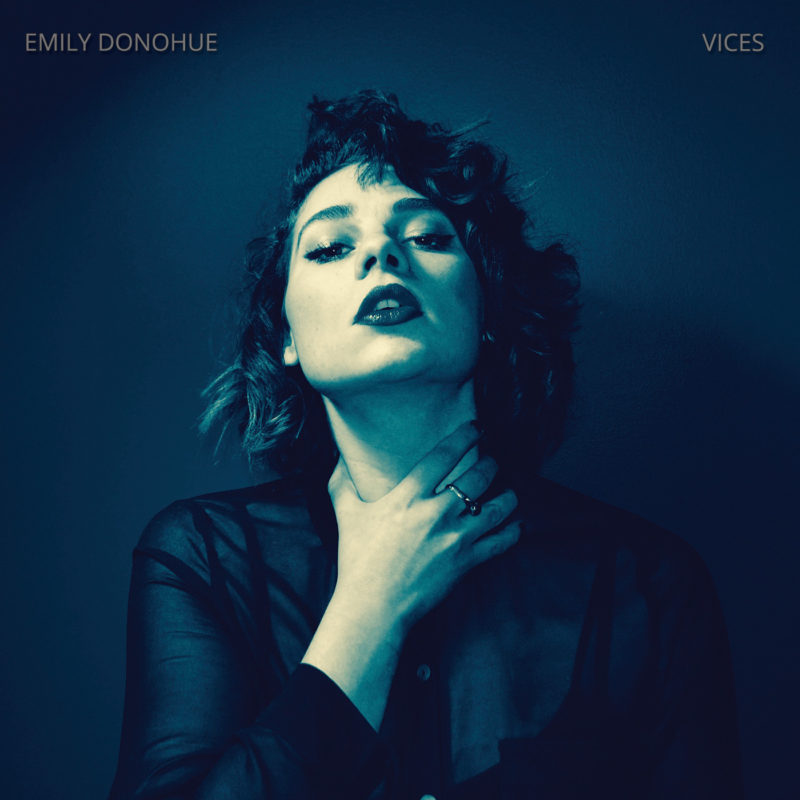 Soul. Depth. Deep blue hues from an overcast horizon while a distant sun sets. These are a few things that come to mind when thinking about Emily Donohue‘s second EP Vices. The multi-talented Donohue pours her heart, soul, and straight up solid musicianship into her sultry, honest vocals, serious guitar strumming, and even a mournful ukulele. This is an EP that sounds like it could be a forgotten work of Adele’s.

Opening with the exceedingly gorgeous “Shallow Grave,” Emily really allows her vocal prowess to shine and dominate this very dark track. It’s reminiscent of John Legend’s darker ballads, but sang in a belting vocal register. From there, the EP moves into “Dream Demons,” an Americana-influenced soul track. The title track, “Vices,” has a light rock feel, and dabbles a bit in Florence + The Machine territory. Vices ends out with a deceptively upbeat number, “Saturday Night.” While the ukulele is known as a cheerful instrument, it’s a fading ray of light to this EP’s end.

Lyrically, Vices is much more mature than what’s found in most popular music that it shares similar sonic characteristics to, lending itself to closer examination with each listen. Being Emily’s second EP, the sound is more mature, the recording is cleaner, and she’s proving herself to not just be a songwriter and vocalist, but also a multi-instrumentalist. With the added bonus of some gorgeous piano by Michael Sparks Jr., along with recording and production by Robert Cheek, Vices is a serious highlight of 2016 so far.

(Vices will be released digitally via http://emilydonohue.bandcamp.com/ tomorrow morning, May 6th, with the EP set for release on iTunes and various other platforms in the coming days. Keep an eye on emilydonohuemusic.com for more information.)