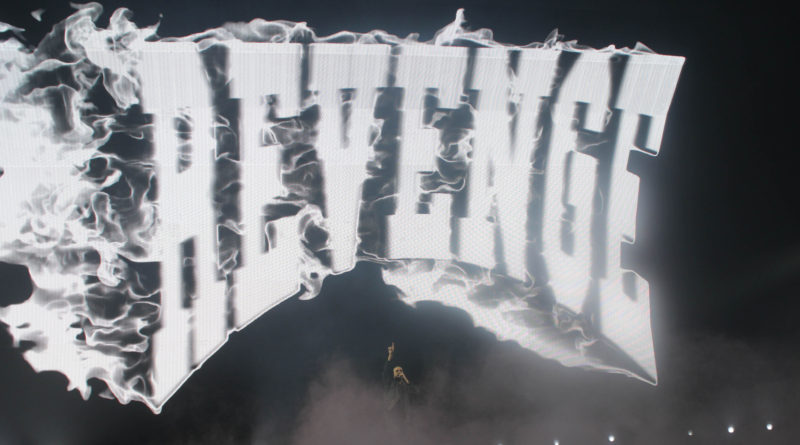 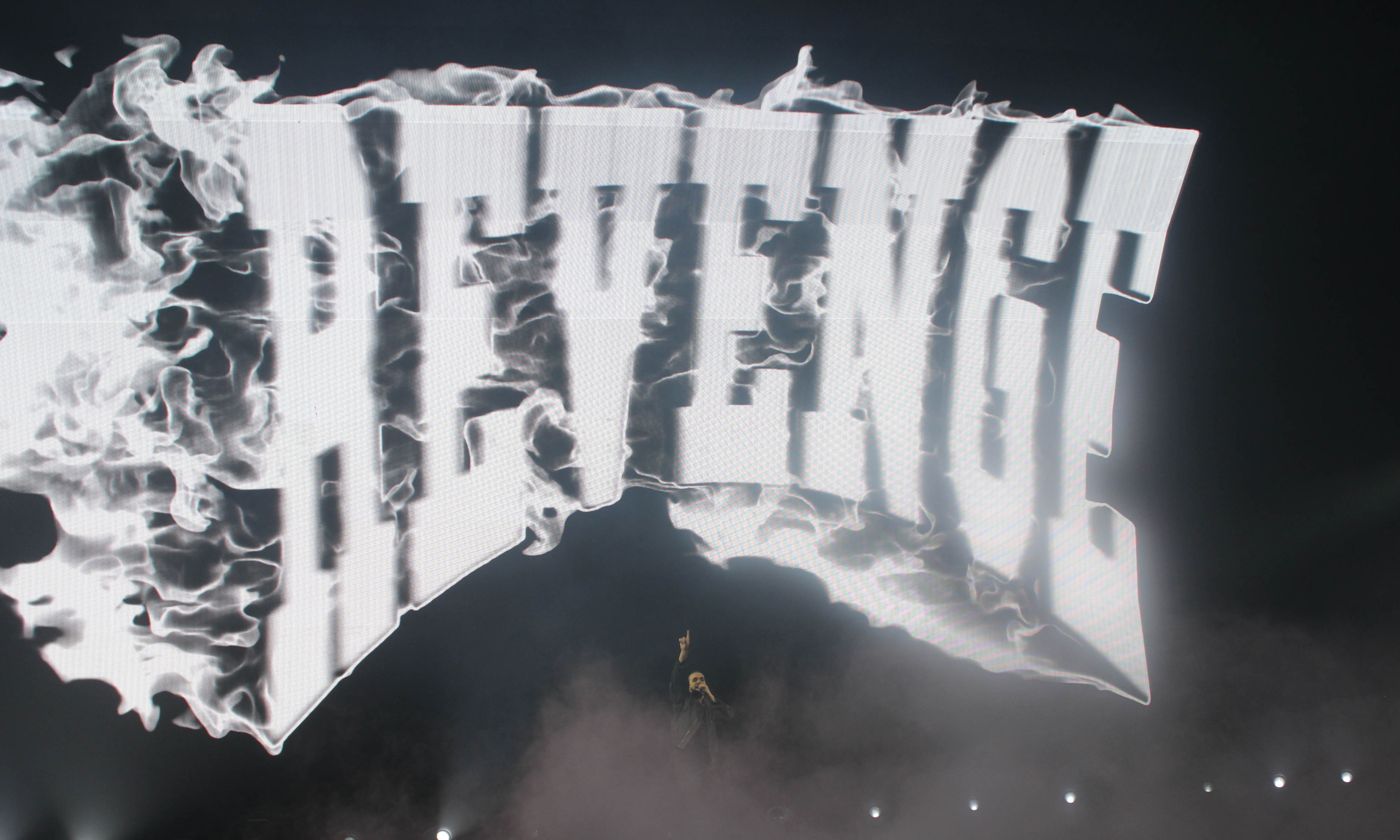 Even though just about everyone and their cat seems to be touring and coming to the northwest this year, everything about the Summer Sixteen Tour and its stop at the Tacoma Dome screamed “big damn deal.” You may not be the biggest fan of Drake or his many hit songs that have been spammed on commercial radio for the past year, but the scope of his influence in pop culture, and the astonishing amount of crossover success he’s had among various subcultures of varying levels of pretension, is something that can’t really be argued or denied. Even that one guy you know that thinks In the Aeroplane Over the Sea is the pinnacle of all music ever was probably driving around blasting “Hotline Bling” when it was an inescapable smash that dominated Q4 2015. Throw in the fact that the Summer Sixteen Tour also touted Future, the top 1% of the 1% of contemporary trap rappers, and whom Drake collaborated with on a full-length project just last year, and you have a recipe for a night that its attendees won’t soon forget.

Before the stars took to the stage to steal the show, Drake’s crew of lesser-known, OVO Sound-signed PBR&B singers performed one by one, probably to stall for time until Drake showed up to the Tacoma Dome. Roy Woods and dvsn aren’t awful artists by any means, but their Drake Stimulus Package blessings don’t read to me as much more than Drake and OVO hedging their bets on new trendy vaguely-alternative R&B guys trying to recreate the magic of those early Weeknd mixtapes with none of the originality or cutting-edge personality, in hopes of being able to capitalize on the ever-popular trend. Still, it wasn’t all bad. Woods had the more entertaining stage presence, with his Michael-esque moves and constant hyping-up of the crowd, while dvsn showcased some impressive vocal capabilities, and his production offered enough seductive grooves to keep things entertaining for the half-hour or so his set lasted. 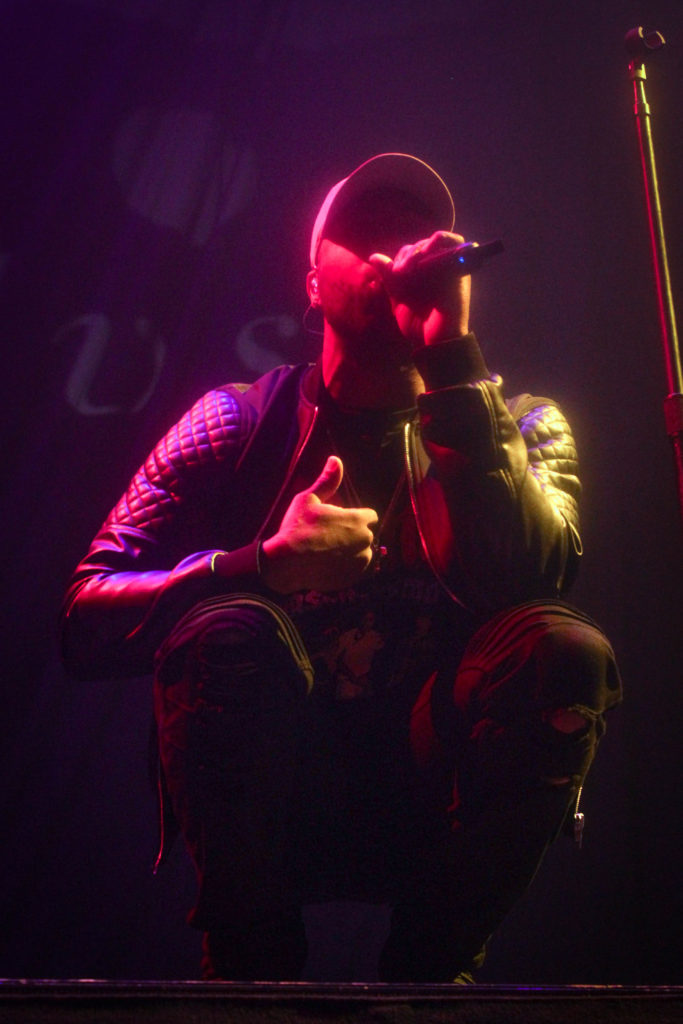 After Drake’s touring DJ came out to play some fairly standard turn-up shit unedited (three Rae Sremmurd songs, Travis Scott’s “Antidote”), the 6 God himself emerged in silhouette, staying mostly in the back as he ran through his early-2016 hit, the fittingly-titled “Summer Sixteen,” whose release in January seemed to forecast a pretty insane year thus far for Drake. Drake seems to be the only person on earth who’s having a good 2016, and luckily he was generous enough to share his positive energy with somewhere around 20,000 of us Friday night. I’d have figured that given Drake’s recent obsession with minimalism in both his image and music, his penchant for austerity would’ve led to somewhat stripped-back stage design and live performance, but I was way off. Between all the fireworks, flames shooting from every which way, platforms with LCD screens that would rise up and down, LED-lit spheres that  changed colors and rose up and down in various patterns, and even a moving platform held up by cables on which he stood and rode over the crowd while performing “Hold On, We’re Going Home” — the whole spectacle being more akin to something I’d expect seeing Kiss live — it was certainly some of the most extravagant and pleasing live accompaniment I’ve seen at a show.

The two main events were essentially combined into one long back-to-back set, with Drake starting things off, followed by Future appearing conjured from the ether to do a couple songs together, then Future performing a solo set, with Drake returning later on for a shorter, but substantial set to end the night. The main event lasted well over two hours, but even three or four probably wouldn’t have been enough to satisfy Drake die-hards, given the sheer amount of hit songs he’s had over the years. In the first portion alone, he ran through “Started from the Bottom,” “Headlines,” “HYFR,” “The Motto,”  and “Hotline Bling,” a song I would’ve figured to be the planned encore. Surprisingly, for an artist whose music is generally turned up way harder than Drake’s, Future’s set seemed to conjure the least crowd response, even as his more infectious songs like “Thought It Was a Drought” and “Same Damn Time” filled the arena. Most of the time, Future would rap most of the bar, then leave the rest up to the audience, but rarely would half the audience seem to participate, leading to some awkward breaks during just about each song. Though Future’s set lacked in elegance about as much as you’d expect from an artist who’s made his bones on appealing to the lean-slamming hedonist in us all, his set kept the larger-than-life energy flowing in spades, and it was fun to hear at least half the arena shouting along to lyrics about fucking your bitch in some Gucci flip-flops.

As more of a casual Drake fan, my favorite moments of the night were the ones that steered far away from Views. I wasn’t surprised that Drake’s set was a few deep cuts short of performing Views in its entirety, but the majority of its songs fell just as flat live as they did on record. “Pop Style” and “Hype” back-to-back made for some of the more upbeat moments of the night, but “Child’s Play,” “Keep the Family Close,” “Faithful;” these aren’t the sort of live barn-burners you would hope for from a show of this proportion. His beloved dance floor anthem “One Dance” wasn’t bad, but it’s confusing to me as to why Drake would just play his sung chorus prerecorded rather than perform it live, instead opting to only perform the verses, a maneuver also seen with “Started from the Bottom” and “Hotline Bling” earlier in the night. Devoting that empty space instead to his post-Taylor Hicks dance moves during the latter was amusing, but not performing the most iconic parts of each song live was an anomaly. 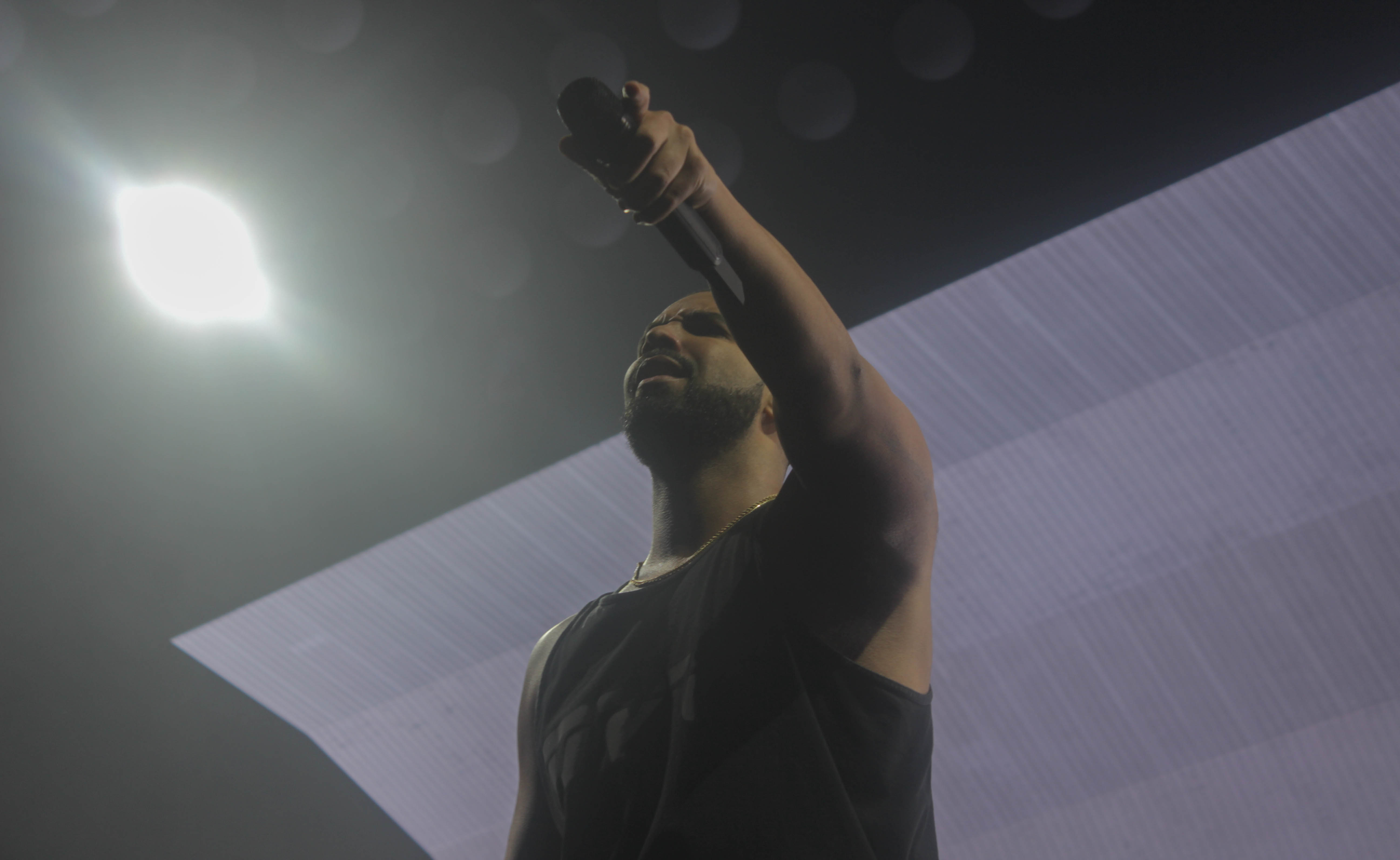 Despite some missteps, it’s hard to deny just how momentous of an occasion Friday night was. The centerpiece of the first half of Drake’s performance was “0 to 100 / The Catch Up,” which segued nicely into a medley of some of his most beloved original songs and featured tracks spanning his entire career — “Worst Behavior,” “All Me,” “Miss Me,” “Versace,” “No Lie” — a gesture that summed up just how far he’s come in less than a decade. Drake is an incredibly energized performer, never staying in the same place for more than a few seconds at a time, and stopped to thank the crowd and remind them how amazing of a night it was probably a dozen or more times throughout the performance. While I have no doubt a huge portion of the audience interaction was rehearsed lines carried over from previous dates, you could feel his giddy emotions overtake the whole venue, as he made sections of the arena compete to be the loudest, and relayed that the especially hyped pit area served as a reminder of how unreal his life is and how lucky he is to be performing for such a crowd.

A trifecta of songs off my favorite Drake release, If You’re Reading This, It’s Too Late, closed out the night,. The oft-quoted “Know Yourself” was one of the bigger crowd-pleasers of the show, and the endlessly earworm-y “Energy” managed to up the ante even further. One of Drake’s most triumphant songs to date, “Legend,” finished things off on a high note, a song in which Drake proclaims himself a “motherfuckin’ legend,” and walking out of the Tacoma Dome that night, I don’t think anyone in attendance would’ve disagreed with that call. Even if you’d rather listen to your parents having sex than Drake’s music, there’s something special about him that makes him a musician and public figure people of various walks of life identify with and follow with jubilant passion, and to see such a beloved artist in his peak of popularity made for one of the best arena shows the northwest has seen in 2016. 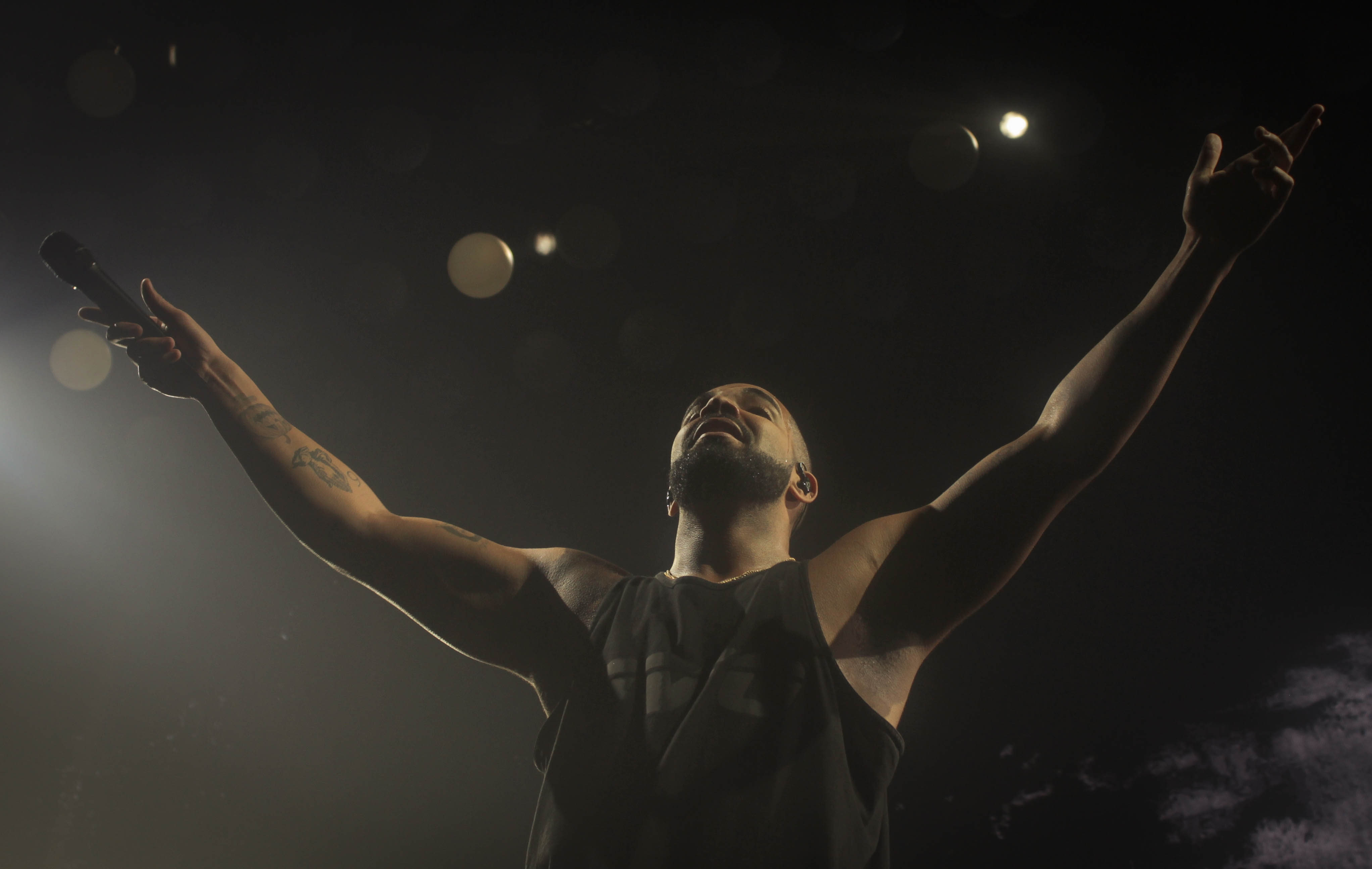