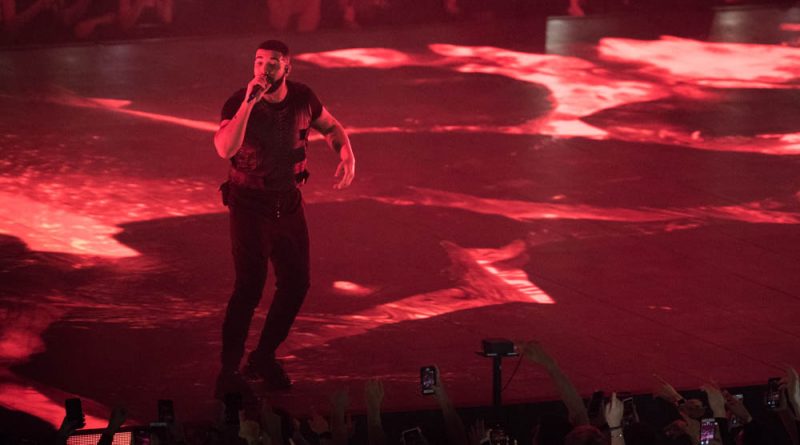 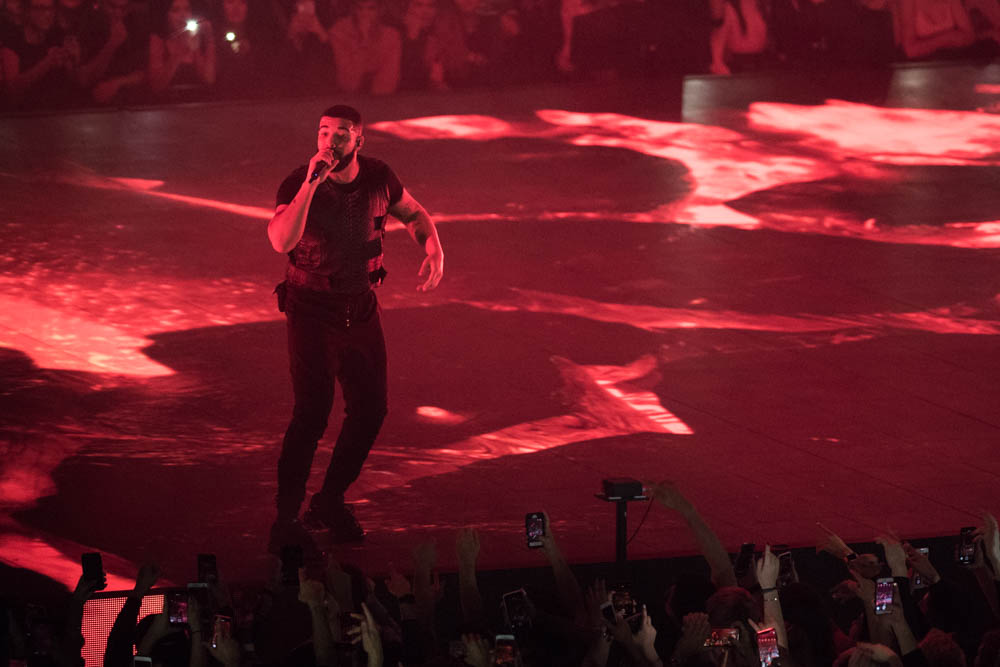 Drake is one of those names that everyone knows. Right when his fame seems to be fading out a little, he drops another album, jumps back to the top of the charts, and he’s back again. Along with so much fame comes a lot of touring, and it seems like Drake has been on tour for years now. However last time he saw Seattle (well, Tacoma technically) was on the Summer Sixteen Tour. But after some remodeling, The Tacoma Dome happily opened their doors up again for a killer night with Drake and all his special guests.

This specific tour is one that was set to make history. Drake, Migos, and Roy Woods all in one night—what more could you want? Drake obviously carries a large fan base of his own, but Migos and Roy Woods aren’t exactly random names, they’ve got dedicated followings too. After weeks of hype leading up to the show, many fans were pretty angry to see papers taped to metal detectors outside the venue that read “Migos will not be performing tonight. Ticket refunds are available until ticket is scanned.”

I personally didn’t know a lot about Migos’ situation going in, but other fans filled me in pretty quickly. Here’s the boiled-down version:

Migos consists of three rappers: Offset, Quavo, and Takeoff. Offset and Quavo each have individual careers and projects that have been super successful in the past year: Offset did a bunch of stuff with Cardi B (including marrying her), and Quavo seems to be on every rap/pop track that drops. Takeoff however, is often forgotten. He is defined entirely by his spot in Migos: no side projects or famous friends, just part of a killer trio. But that was all about to change as he dropped his first solo album on November 2nd. Drake’s stop in Tacoma was November 1st, but because of the east coast/west coast time difference, a “November 2nd drop” is usually a 9pm November 1st drop for the PNW. Tensions were rising, and rumor has it the trio got in a fight about the release, and therefore refused to perform, not making any official announcements about it either than the signs at the entrance.

While Migos were being flooded with angry comments on their Instagram, Roy Woods (who opened for Drake on the Summer Sixteen Tour) took to the massive stage to warm up the crowd. I’ve never seen him live before, but I feel like he could put on a really killer set. Unfortunately though, I feel like everyone being mad about Migos ruined Roy’s set. The crowd seemed distracted and bored, which seemed unwarranted based on his performance, which was upbeat and hype enough to match his tracks. 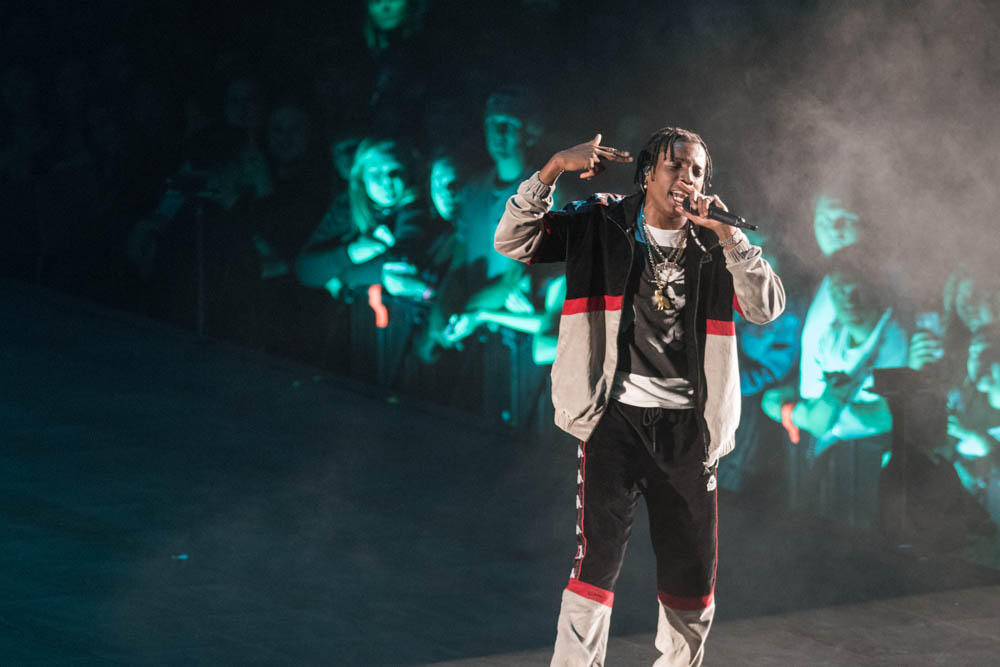 By the time Drake came on though, everyone was done being mad and ready to party. It’s immediately obvious how much money and talent he has behind his production. His stage is just a large flat rectangle in the middle of the arena, with a catwalk coming off either side to get him on and off. The floor of the stage is one giant LED screen that they lit up with all sorts of animations to support his tracks. Above it all was another rectangle situation that was the same size with all the lights, and more screens around the edges for the people sitting a little further away. As he started his set, a semi-sheer curtain caged him in, separating him from the crowd for a mysterious opening.

The crowd all stood up quick, and everyone was ready to pop off to “8 out of 10,” “Mob Ties” and “Started from the Bottom.”

Drake has been around for long enough that each song he played in his lengthy set was a hit. There were very few songs where there didn’t seem to be a unanimous “oh I remember when they blasted this on the radio for months straight.” Everything from his own hits like “Hotline Bling” and “One Dance” to his more notable features in Travis Scott’s “Sicko Mode” and “Yes Indeed” with Lil Baby.

We watched a fan shoot hoops on stage and win an OVO jersey, Drake dance with his backup dancers, sang along to the words that have shaped the hip hop scene for so long. 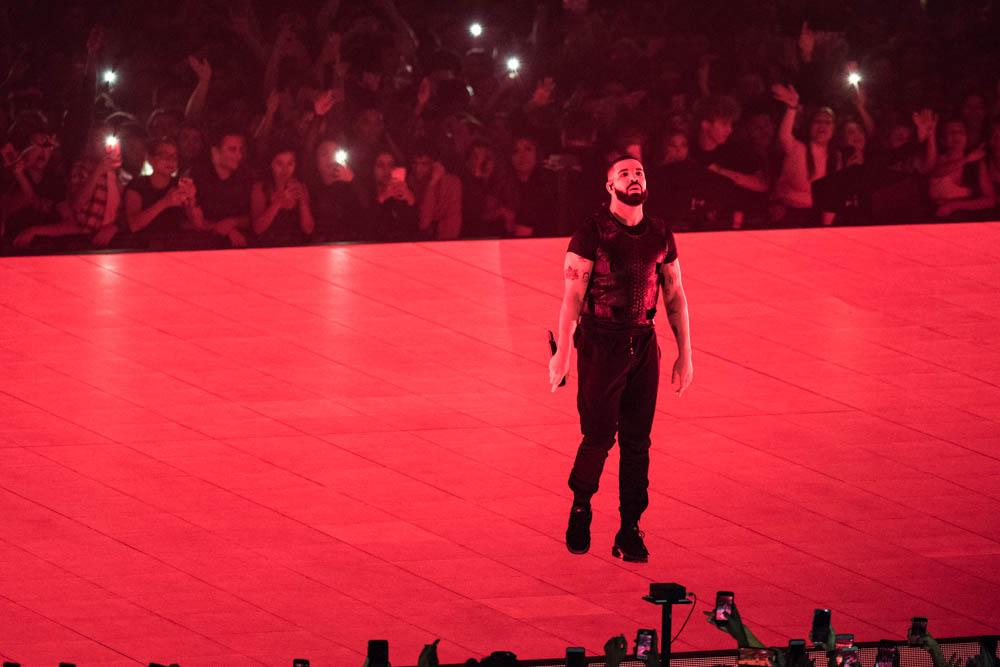 Mid-set, the rapper addressed the crowd with an “I’m sorry my friends couldn’t come out and play tonight, they’re having a family emergency. But that means I’m gonna play all. Damn. Night.” Which was of course met by lots of cheering from his fans. But apparently “all damn night” means only until 10:45, not much over an hour after he started. I took a peek at the setlists from other dates on the tour, and it looks like Tacoma unfortunately missed out on about a 5-song interlude during which Migos was supposed to come back out and do some of their biggest tracks with Drake, which explains why our night ended so early.

All drama aside though, Drake pulled through, unsurprisingly, for a killer night that showed off all the success he’s had in the past few years. Hit after hit, the Canadian rapper always comes through with a night for which I don’t think anyone is going to regret not getting their ticket refund. 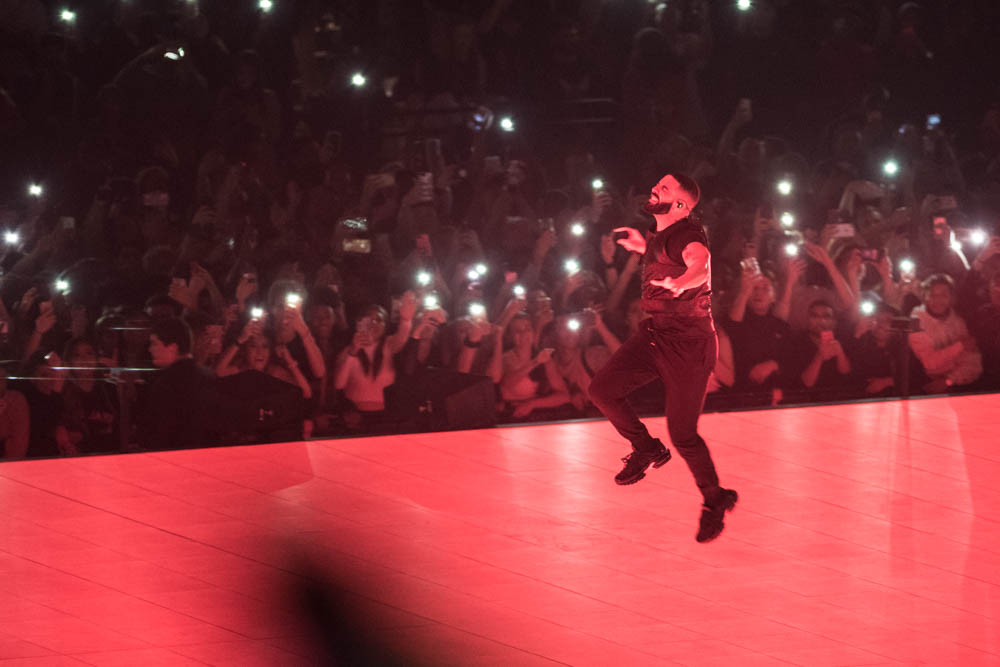