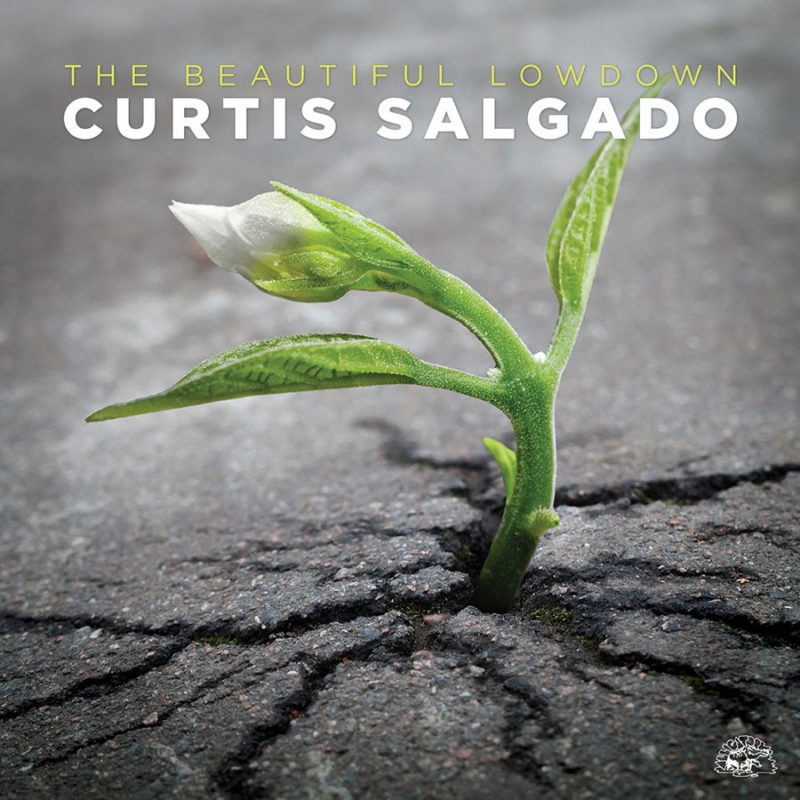 If the Blues Brothers delivered their tunes via briefcase, blues and R&B legend and vocalist/harmonicist/songwriter Curtis Salgado – notorious for influencing John Belushi’s Jake Blues performances – is going to need at least a truck to deliver the 12 weighty slices of R&B on his latest release The Beautiful Lowdown.

The album, Salgado’s first since 2012’s Soul Shot (and his second on Alligator Records), features 11 tunes written or co-written by Salgado, with a cover of Johnny “Guitar” Watson’s “Hook Me Up” tossed in to close it out.

The 62-year-old PNW native and resident (born in Everett, now based in Portland) co-produced The Beautiful Lowdown with Marlon McClain and Tony Braunagel, both of whom contributed to the horn arrangements and background vocal parts.

“My heart and soul are in this,” Salgado said. “I worked my tail off and let the songs lead the way.”

“Hard to Feel The Same About Love,” an ode to first love and the impossibility of recapturing those feelings as we age, kicks off the album, featuring a meaty saxophone solo book-ended by a rousing R&B stomp.

All of the albums tracks are solid, but my highlights include the Delta Blues stomper “I Know a Good Thing” and “Simple Enough,” which rides a sweet Caribbean groove around your soul.

“I wanted to write memorable songs with strong melodies that stick to you, and that’s what’s here,” Salgado said.

“Walk a Mile In My Blues” also stands out as an intensely personal hard luck tale of a life in the blues, with Salgado’s muscular vocals lamenting “I’ve been cut from stem to stern/sewn back up again” – likely referring to his two successful battles with cancer and his liver transplant. Rather than bemoan the health battles and losses in his life, the song celebrates the lesson’s he’s learned from them, “Every road I’ve traveled/I’ve paid my dues.”

On a whole, the album successfully pulls together the experiences and thoughts of a gifted songwriter and musician, fully immersed in his prime musically. In short, it’s the blues for sure.

(The Beautiful Lowdown is available for pre-order at all the usual sources – iTunes, Amazon, etc. – as well as Alligator Records’ website. You can hear the song “I’m Not Made That Way” below.)