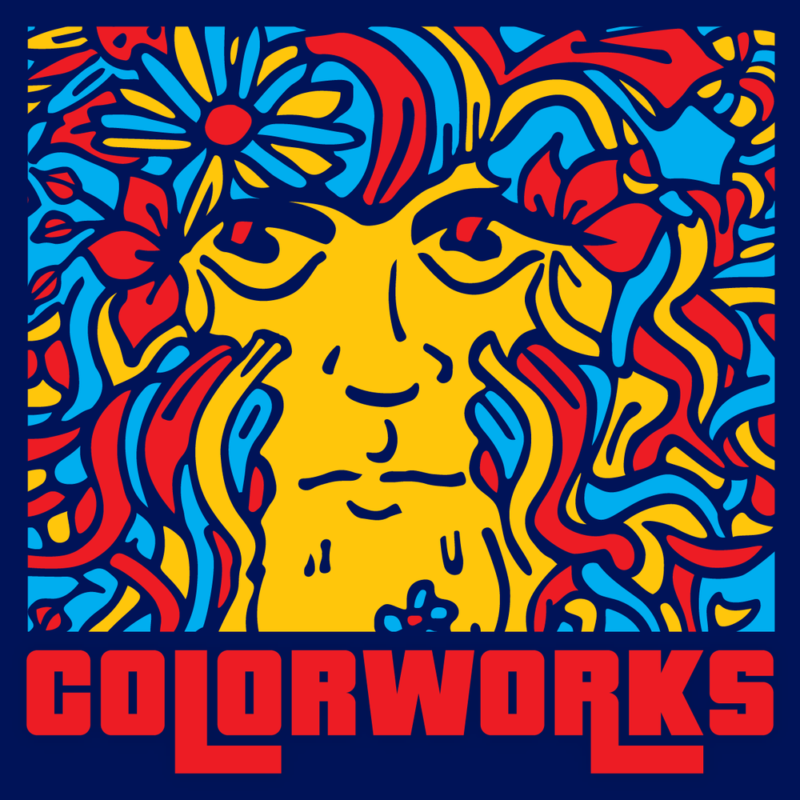 Seattle-based collective Colorworks just released the first single off their forthcoming 4-track release Dreams of Mangoes (due out June 22nd), and after this first taste of psych-pop goodness, I was instantly hooked. Dreams of Mangoes and their first released single “Daydreams” features members Bret Dylan on guitar and vocals, Nick Myette on bass and vocals, Andrew Ginn on drums, and David Easton playing guitar and keys, who together are able to effortlessly produce a crisp, yet funky psychedelic jam.

“Daydreams,” the only yet released single off the forthcoming release, features some tunes perfect for this warm spring weather. With trippy guitar and layered chorus, this song focuses on daydreams on a sunny day. Featuring the lyrics “Petals shower down onto our heads beneath the trees we pass on our way,” “Daydreams” transports listeners to a colorful and inviting landscape of sound.

Dreams of Mangoes will also include sweet tracks like “Pears and Mangos,” which features light and bouncy content and sound similar to “Daydreams,” but with less of a psychedelic tone and more of a classic simply sunny vibe. Easton plays on this light tone with some bouncy keyboard sounds, paired with some sweet vocals and even a brass part. “Pears and Mangoes” fades off into the sunny, sunny sounds characteristic of the album as a whole.

Perfect for the warmer weather headed the Northwest’s way, “Daydreams” is a promising sneak peak for the newest addition to Colorworks’ discography. Oozing with light and breezy psychedelic goodness, “Daydreams” and the rest of the tunes on Dreams of Mangoes are a fantastic way to spend an afternoon outside getting lost in some cosmic soundscape.

(Look for the full release out on June 22nd, but for now enjoy the first released track “Daydreams,” which you can stream below. You can also catch Colorworks live at this year’s Big BLDG Bash. For more information about that, click here.)