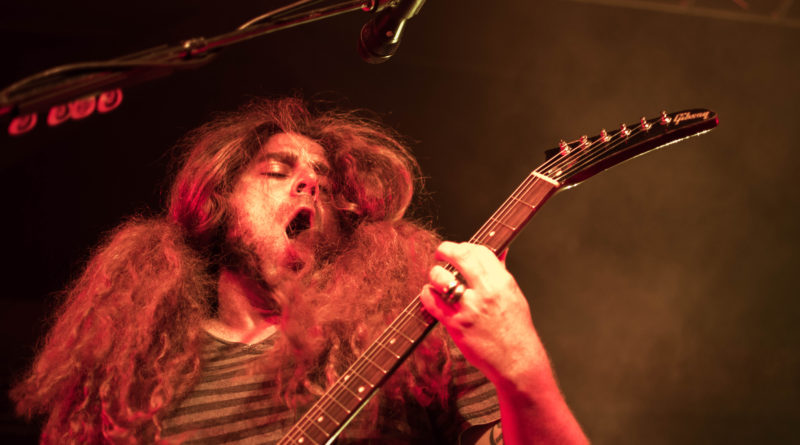 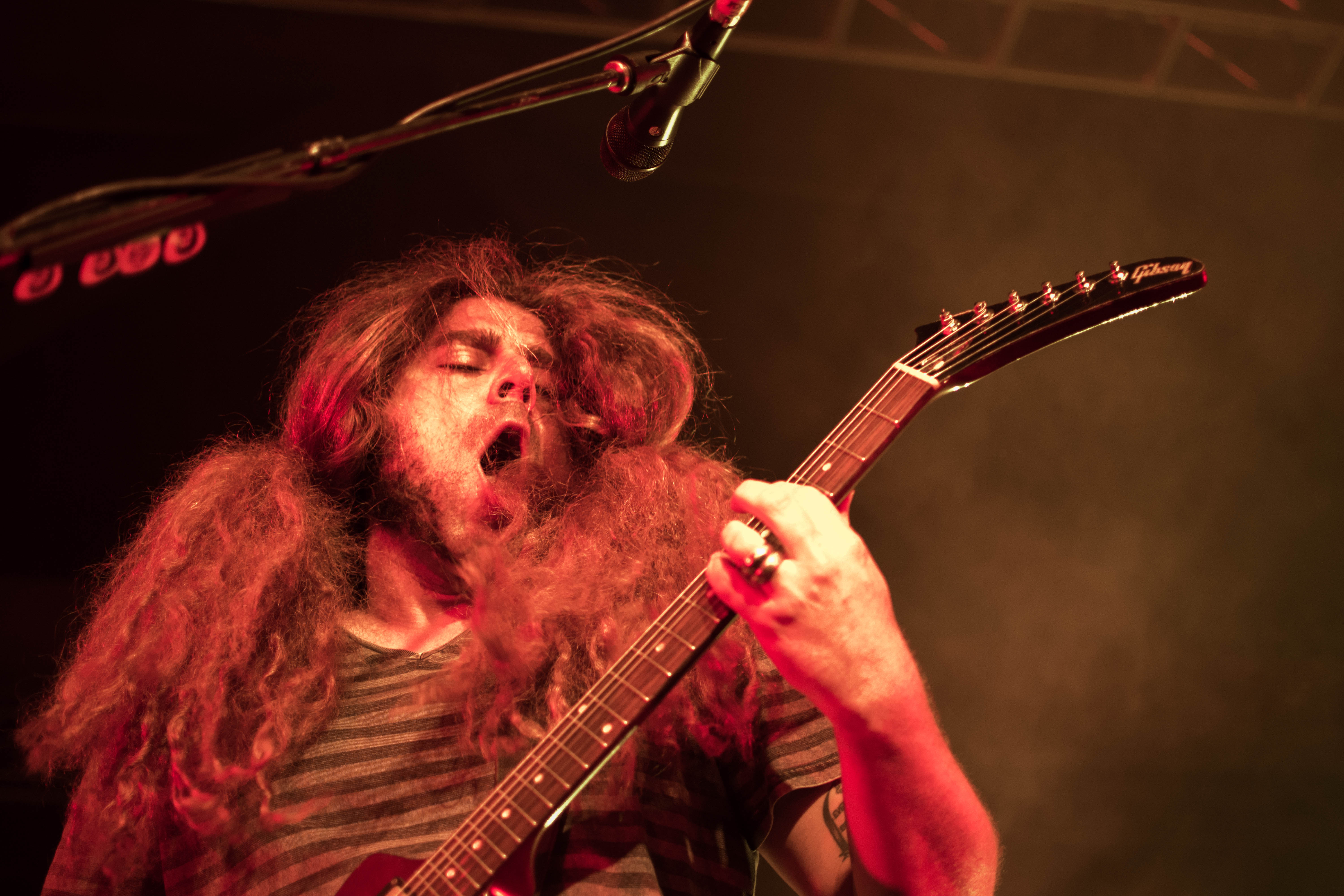 Finding an opener that can satisfy the cravings of a few hundred ravenous Coheed and Cambria fans seems like an impossibly tall order, but the prog-rock/metal trio from Dallas, Texas did a hell of a job priming the packed venue for the rest of the evening. Polyphia packs one unrelenting punch after another; between a drummer, two guitarists and a bassist, these guys waste no time on vocals that would only distract from their instrumental prowess. From their opening riff to set’s end, these guys had the audience pressed to the stage shoulder-to-shoulder, loaded like a giant can of fervent, headbanging sardines. Having a palate that tends towards less thunderous displays in addition to this night being my introduction to the group, I was surprised to find myself hungry for more, and even dismayed at the announcement of the their final song.

A tough act to follow to be sure, Polyphia bid a final wave and bow, leaving the electrified crowd in the willing hands of Saves the Day. It would be kind to say that the night’s second act followed the spirited trend set by their predecessors, however, it would be more realistic to say that they, well, fell a bit flat. As excited as I was to appreciate a band I hadn’t seen since they toured with Say Anything and Motion City Soundtrack in 2010, I can’t help but think that their pairing with Coheed and Polythia was something of an awkward fit. With the distinguished vocals brought by Chris Conley, and the sunnier disposition of their latest album, I can see how they would be a logical addition to the evening on paper. That said, I can’t feel that they felt more suited for the pop-punk compilation I’d witnessed years before. 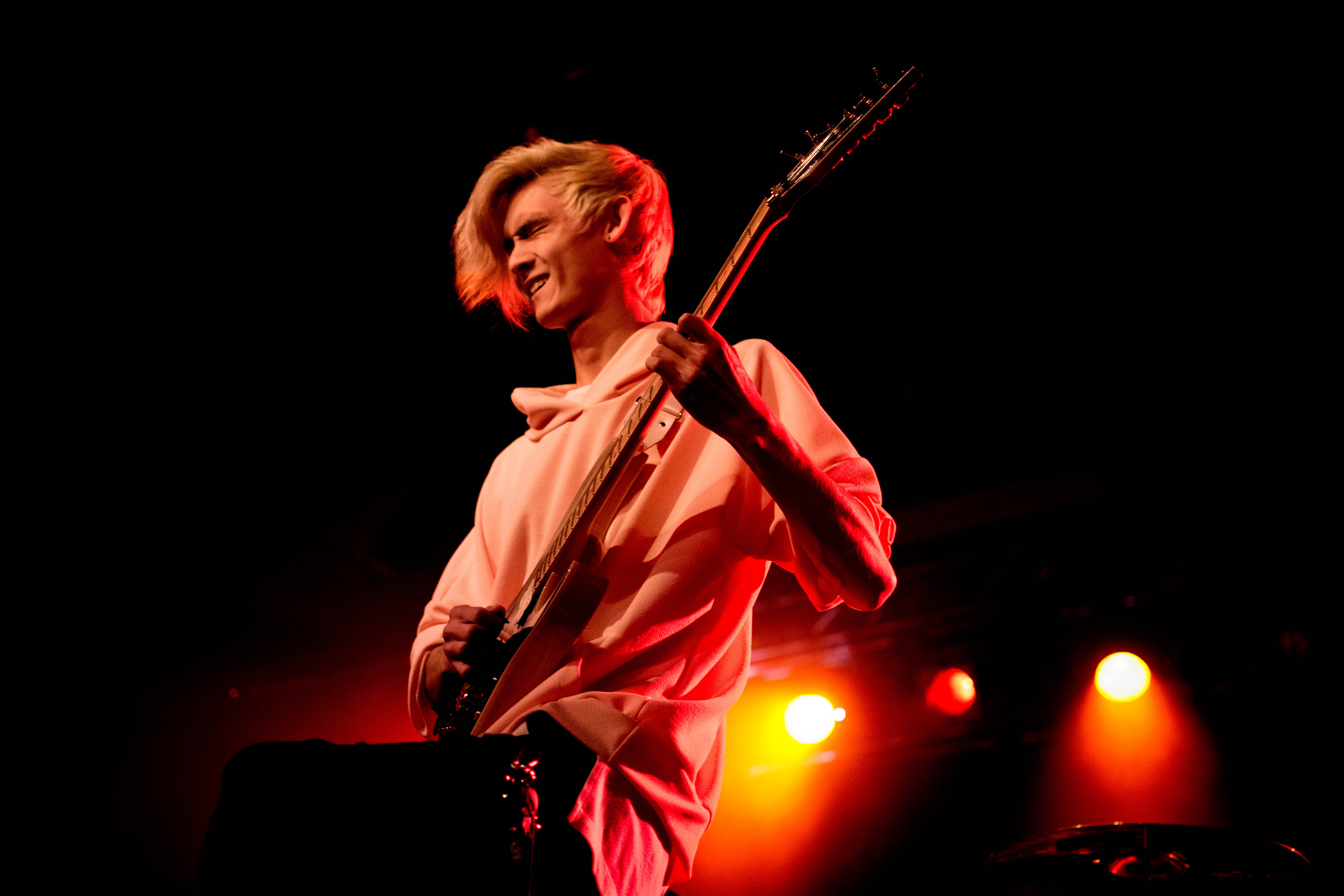 With the second act said and done, and a stage slowly congregating more and more gear adorned with Coheed’s Keywork symbol, the Showbox began to build a palpable charge, as if bumping into any one of the crowd’s buzzing members would elicit a shock born of static anticipation. As the filler music was cut and the stage lights dimmed, the low grumble of chatter quickly built to a cacophony of roaring approval when Coheed frontman Claudio Sanchez took the stage. The only man in the house capable of quelling the roiling horde did just so with the acoustic ballad “Ghost.” Now the stage falls to darkness, swallowing Claudio whole, light returning only once the rest of the band has manned their battle stations, launching headlong into “In Keeping Secrets of Silent Earth: 3.” I was absolutely enamored with this transition from the deceptively placid to the face-melting concept anthems that gained the band their notoriety. The propulsion this calculated maneuver created built steadily throughout the set, and only came to a crashing, but satiating halt when the house lights were flicked on after the inevitable and deserved encore.

You could probably ask anyone present that night their favorite song of the set and you’d get a different answer from just about each one, both due to the emotionally diverse spectrum the band touches on, and the fact that the songs making the cut were so damn solid. Personal front-runners for me were the love ballad “Here To Mars,” as well as “Peace To The Mountain,” a song with a gentle and unsuspecting enough intro, that steadily builds in its poetic cadence to an outro refrain that left my skin crawling, in the best way possible. Of course, it would be foolish not to cite “A Favor House Atlantic” and the finale, “Welcome Home,” the two songs that turned the bustling ocean of onlookers into a full-fledged tsunami. It also bears mentioning Coheed’s laudable cover of Nirvana’s “Drain You,” a tasteful nod to their surroundings. 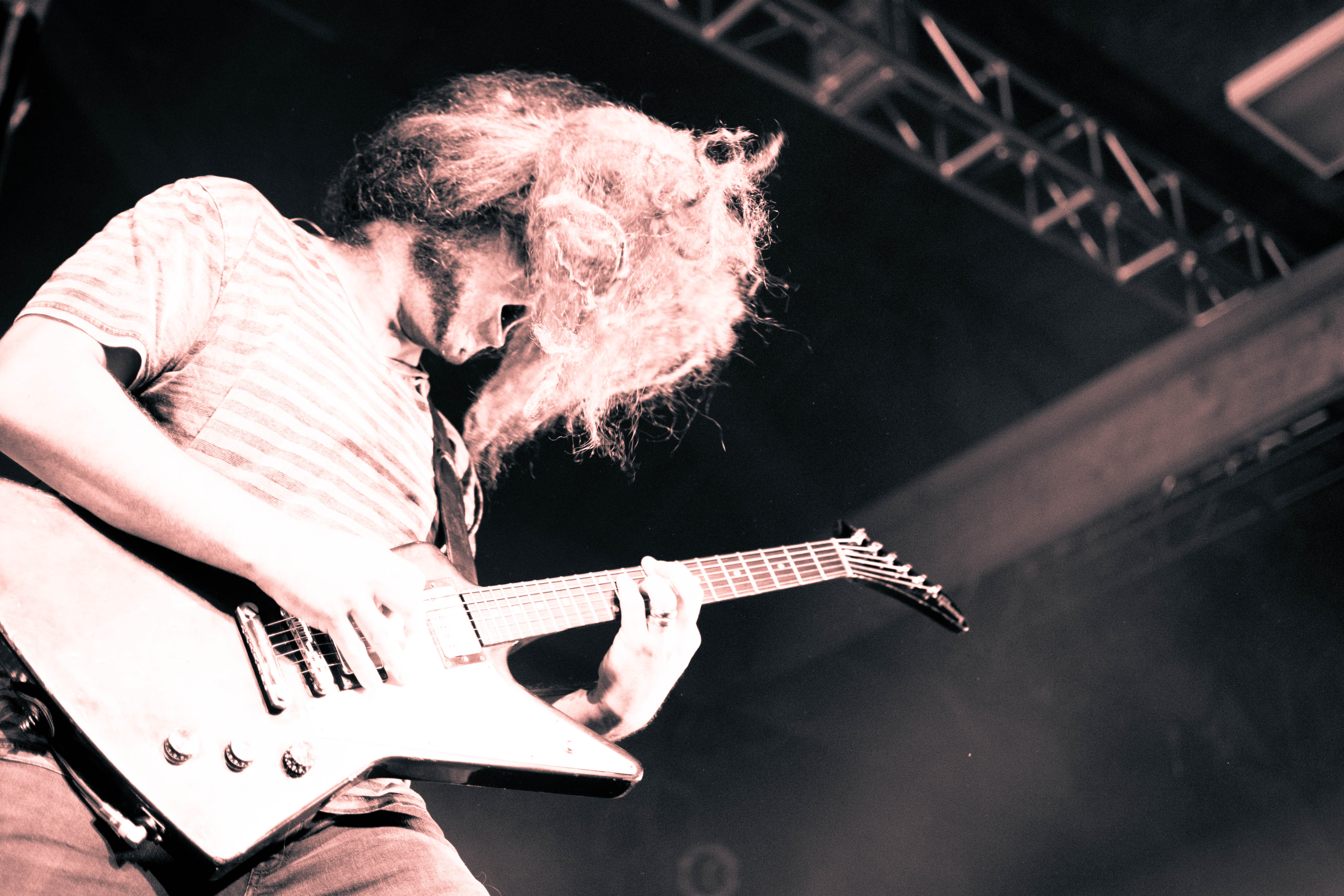 Admittedly, my Coheed and Cambria heyday was back in 2009, where Good Apollo I’m Burning Star IV had me hooked upon discovery. Since then I’ve been pretty well out of the loop and never took the opportunity to see them live, which I see now was a huge mistake. With a story-line unifying each of their albums (save for the most recent Color Before The Sun), Coheed has given their fans a litany of content to chew on since the release of their first studio album in 2002. This lends itself to one of the most invested and ardent fan-bases I’ve been witness to. Any given crowd member that night could be spotted singing along with Claudio through lips spread in a wide smile crafted from pure ecstasy. This energy seemed to be projected onto the stage, something for the band to fill their bellies with and fuel their next frenzied ballad. The emotional investment that evening was obvious, both between the band and their die-hard devotees, feeding off of and giving back to one another, I felt fortunate in a huge way to bear witness to this impassioned give-and-take and will definitely be seizing future opportunities to catch these bards of the Amory Wars again as soon as I can. 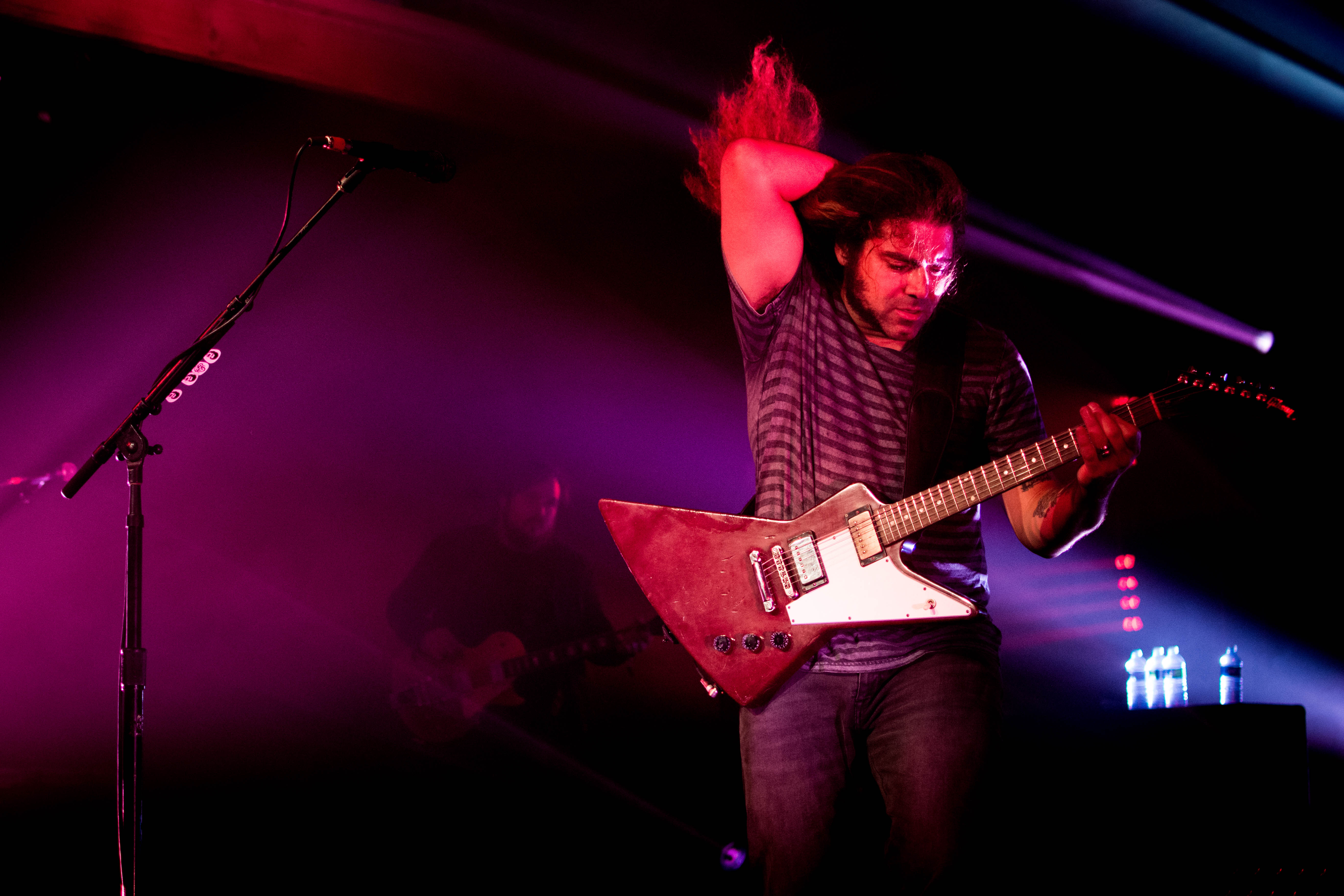