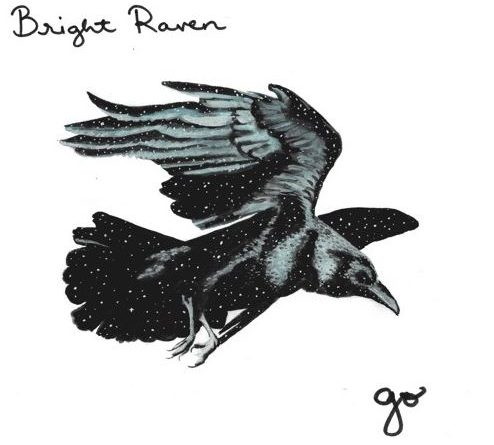 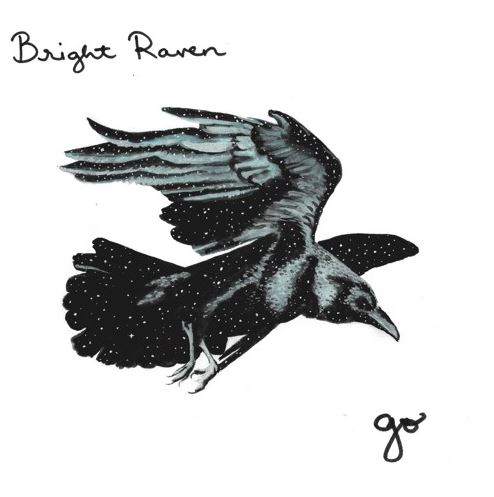 The music of Inés Beltranena’s moniker, Bright Raven, is both ephemeral and grounding. After a smear of years recording for other artists’ records, Beltranena elected to take break from playing music. Her debut EP, titled Go, feels like a proper homecoming. Recorded by Justin Phelps at the Hallowed Halls in Portland, Go is a swift and gentle juggernaut clearing a way.

Inspired by a child-like sense of presence, Beltranena’s adulthood disappointments and fears are trumpeted as fruits of genuine heartache and heartbreak. Without the guise of pretense, she finds solace in her childhood self, risking with true abandon.

A cascading roll of piano keys, gentle thump of drum, and chorale reverberations blanket the spinning noise opening “Go”. Coating every word and fingering of guitar, Beltranena circumnavigates her ship over choppy waves of nostalgia and youthful visions. Around three minutes in, she elevates her voice into Joni Mitchell’s “River” territory. Follow up “Shoes” steps into a melodic dreamscape with drummer Mark Powers’ rim shots beaching the fluttering, otherworldly vocals and sophisticated guitar. Dually grand are Beltranena’s charged words and impeccable song-smithing. Her falsetto is tear inducing and goose bump activating. Feist would pay copious amounts of cash to have the rights to this one.

“Mother, Love Me” elevates into a swinging lullaby and demand for acceptance. Joined by Gemma Cohen on vocals, Beltranena’s voice is truly in a special class (see Mimi Parker of Low and The Innocence Mission’s Karen Peris). Layered in thick sonic cloth, “The Oldest Oak” showcases Beltranena’s vocal and guitar tandem. Impressively haunting and pacifying, Beltranena operates seamlessly as a raven, surveying past memories and retrieving wisdom from nature’s endless bounty. Thus, intimacy is unearthed in the ordinary, offering a lasting protection as she moves forward.

Album send off, “Geometric Stone”, migrates only to come back full circle. Ensconced in featherweight piano keys and breathless vocals (which somehow pierce heaven near the second minute) are spellbinding in every motion and release.

On this truly rewarding debut, Beltranena embraces her past disenchantments with empathy and generosity. As Bright Raven, her greatest assessment of self is reached without filler, passing the test of sincerity as she flies on.

(Check out “The Oldest Oak” from Go below via Soundcloud and get more info about Bright Raven HERE.)