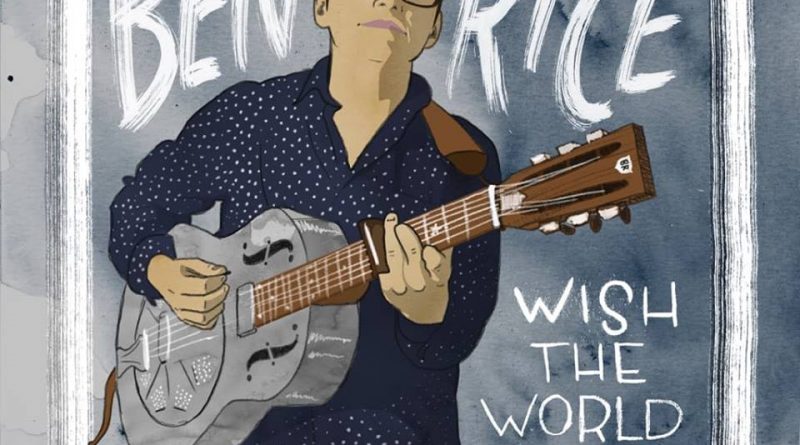 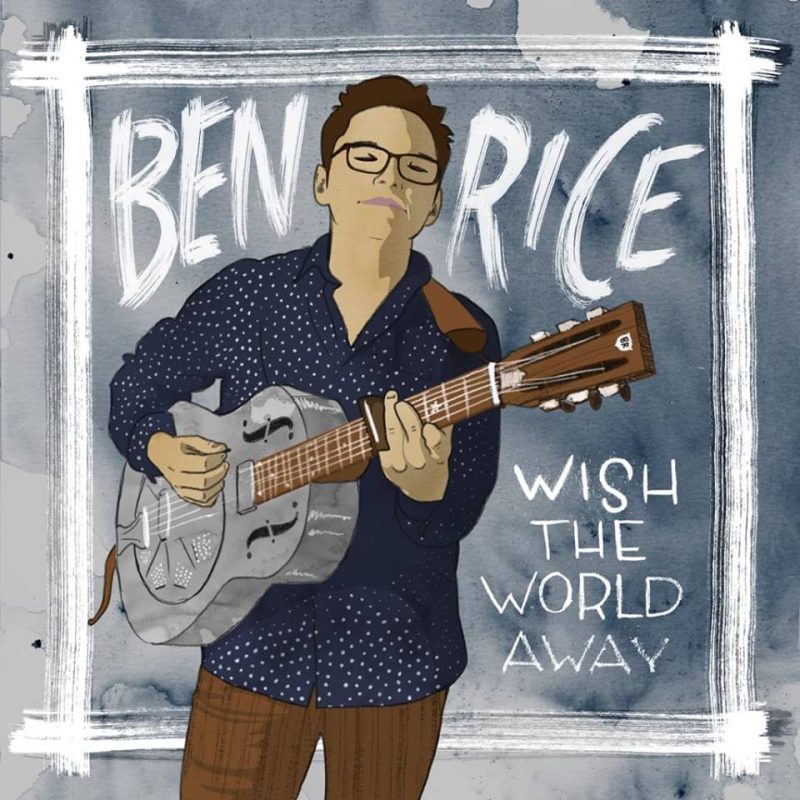 Northwest journeyman Ben Rice has been Globetrotting and picking up awards for over a decade now as a soloist, side man and band leader. For his seventh album Wish The World Away, released in July of 2018, he used a wide arsenal of guitars including the steel bodied resonator featured on the cover, various acoustics and one of his famed homemade cigar box guitars that earned him the St. Blues Best Guitarist Award in 2015. The 13 new tracks are a designed to showcase his fretboard skills but also highlight his vocal and songwriting talent.

Recorded by Portland legend Jimi Bott at his Roseleaf Studios, the new album is a sweet mix of roots, blues and soul with Rice joined by a few other talented friends and northwest music scene staples like Mitch Kashmar, Paul Brainard, Dave Melyan and Natasia Greycloud. The country blues stomper “Dirt Road Home,” opens the set with a celebration of back roads and small-town charm with Rice playing dueling guitar parts panned hard right and left to great effect. The optimistic hymn “Peace Will Overcome,” has an infectious second line groove, and the desperation in the Neo-Soul ballad ‘Retreat,” is punctuated by high lonesome pedal steel from Brainard. Rice and Kashmar then scare up some old ghosts on the Delta Blues ramble “Mojo Hand,” before he trades verses with Greycloud on the epic title track duet.

The swinging blues “The One That Got Away,” has a an easy 1940’s feel and Rice stretches out vocally on the low-down blues “Hard Times,” sounding more like someone who grew up in Georgia rather than southern Oregon. Rice struts his award-winning stuff on the pre-war ragtime “If You Ever Change Your Mind,’ and the scorching deep blues cover of Steve Wonder classic “Higher Ground.” Then channels Son House on the thumping “Run Around,” and the Delta lament “Oh Lord.” The man and his guitar close the set with the lovely “Don’t Worry Mama,” an intimate glimpse into his musical world.

(Check out some of the new music below and get more info about Ben Rice at his website HERE.)