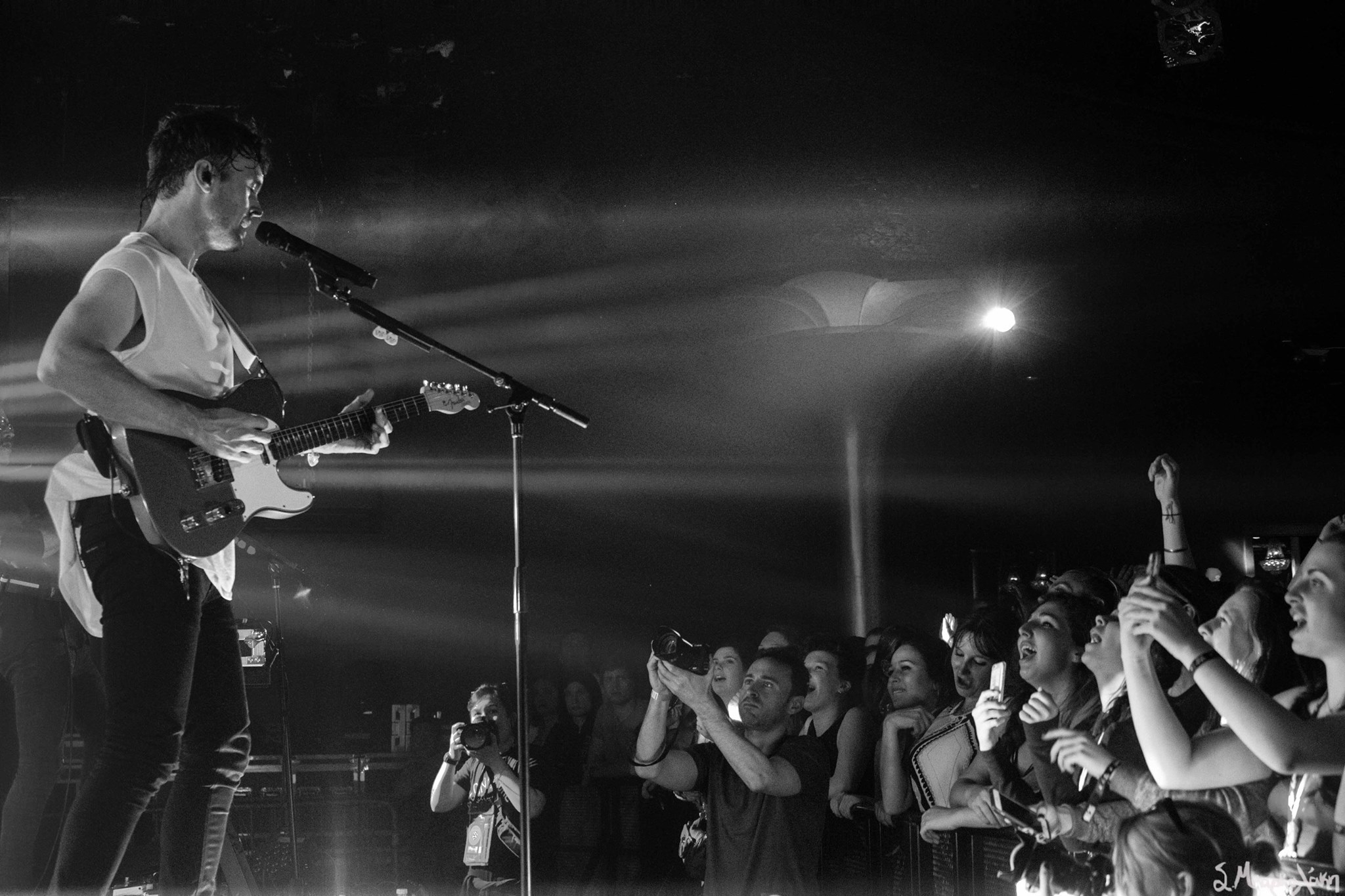 Atlas Genius released their debut album When It Was Now in 2013, which saw much success with singles “Trojans” and “If So.” Brothers Keith and Michael Jeffery have toured around the world since then, picking legions of adoring fans everywhere.. Their second record Inanimate Objects was introduced last year, and they have been supporting it live with a huge tour that just kicked off and will last well into the summer.

It was time for them to stop by the Market and play a show along with their supporting acts, Secret Weapons and Skylar Grey. The band took the stage around 10 and from the first note played, Keith and the rest of the members brought high energy. While moving back and forth on the stage, the lead guitarist and vocalist also stepped out onto the barricades and interacted with the audience a lot of times during the show.

Their set was well laid-out, and I really liked that they covered a few songs, Tears for Fears’ “Everybody Wants to Rule The World,” Drake’s “Hotline Bling,” and during their encore, The Weeknd’s “The Hills.” The way they integrated their own sound and style in these songs made it sound like they were their own.

The show was high-octane, and the band’s chemistry was great, along with their interaction with the crowd. Some of my favorite tunes played were “Molecules,” “Stockholm,” “Refugees,” and “Symptoms”. Make sure you take a listen and check them out next time they’re in town.