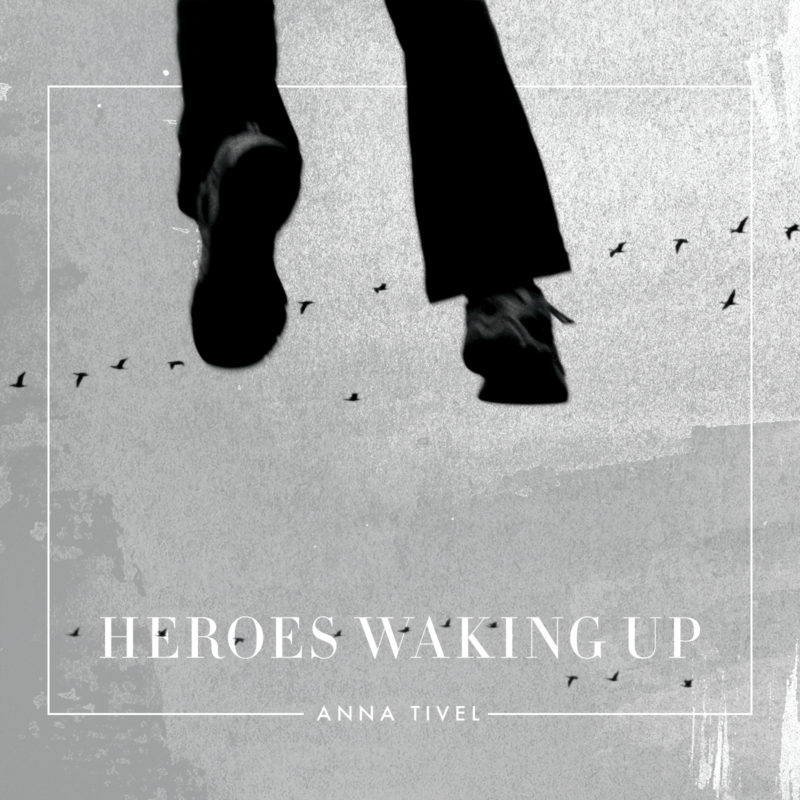 The beauty of good folk music is that it’s never striving to be something it’s not. It seems utterly content to be just what it is, nothing more and nothing less. This is exactly what Anna Tivel captures in her most recent musical venture, Heroes Waking Up.

Anna’s second release on Fluff and Gravy Records speaks of an artist who is intimately interested in the details. Whether it’s the sparse orchestration of vocal harmonies, acoustic guitar, and percussion, or the descriptive nature of her lyric-writing, she shows herself to care about the little things. Many of her lyrics take objects and themes that are familiar to us all and remind us of the magic of everyday life. Songs like “Lines and Tides” invite the listener to reminisce about the ways that we remember the presence our lost loved ones.

Sometimes all it takes is a word or gesture to spark a vivid memory of the familiar habits, routines and emotions surrounding the memory of someone we love. Anna captures this beautifully, and invites the listener in to a moment of her own recollection. Other songs like “Two Pencils and a Photograph” take on the character of a participant in the 2015 attack on France. The song weeps and bemoans the violence incurred over such a small, unimportant thing as a satirical comic.

Each song on this album seems to simultaneously sing of sorrow and celebration. That even in the direst of circumstances, life is a still a beautiful thing. The most accurate connection that I could draw to this album is the writing of John Steinbeck. Both artists are able to capture the routine and mundanity of the world, and paint it in a way that shows its true beauty. Heroes Waking Up is simple and eloquent. Not a single unnecessary element crept its way in to the songwriting or production. We all need albums like this.

(Heroes Waking Up is available for pre-order digitally and on CD via https://annativel.bandcamp.com/album/heroes-waking-up ahead of its release on May 20th. Stream “Look Away” below.)