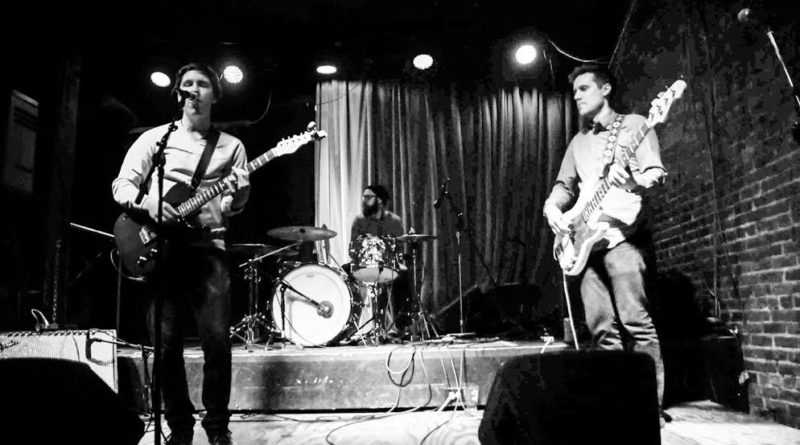 Friday nights are always a good night for local music in Seattle, especially when The Central Saloon builds a solid indie/pop/rock lineup like this one. A bonus is when said Friday night is during the winter and it’s neither cold nor rainy outside. I arrived about an hour before show time and was glad to see an above-average sized crowd of regulars, musicians and fans were gathered inside, sporting drinks and laughing with friends. The background music was low enough to easily hold conversations as the opening band casually set up their gear onstage. The crowd was chill but there was also anticipation in the air.

A Breakthrough in Field Studies kicked off the night with a series of steady yet rambunctious indie tunes. They write songs that may initially seem simple but when you listen closely, you realize they’re more layered and complex. Everyone in the band seemed to stick with clean tones and weren’t shy about soloing their way through songs, bass included. Pedals were used sparingly (except maybe for echo) while harmonies were catchy. This is a tight knit band who adeptly mixes college with contemporary. It was a good way to kick off the evening.

Next up was Pleasures who jokingly indicated they were from Dayton, Ohio (which they obviously are not). Starting with a slow number also turned out to be a trick as they quickly took it up a notch for the rest of their set. Much like Breakthrough, Pleasures seemed to be having a good time just playing clean, retro tones combined with strong harmonies. This is a band that would pare well with long coastal drives.

Gibraltar…well, is Gibraltar. Being part of the local music scene for hundreds of years (ok, slight exaggeration), this is a band that has played with just about everyone but hasn’t strayed from their original, dramatic sound. Aaron Starkey’s vocals were evocative at times and formidable at others. Although their newer material feels more mature (stronger backing vocals for example), they still deliver intelligent lyrics and rhythms. Preparing for the release of their new album, this foursome reserved time for some older material and a Smiths cover as well. Catch them on March 11th at Barboza for the official release of Let’s Get Beautiful.

Moon Dial wrapped up the night with a series of loungy, wandering songs. Lyrics were deep but maybe lost to most of the crowd at this point in the evening. The only three piece to perform (guitarist Eric Kegley missed the show), Moon Dial’s vocalist Jon Atkins joked about the newness of the band and how they “built their set list to showcase their emotional growth.” If not disclosed, the crowd probably wouldn’t have detected some of the material was written just 3 weeks prior either. Needless to say, there was more dichotomy in their music than the others. Some songs were nonchalant while others seem tinged with anger, but the band noncommittal to both. If you’re looking for some cool “night in” music while making dinner for that special someone, these are your guys.

Overall, the night was relaxed and laid back. No risk of sleeping in and wrecking your Saturday plans here. I expect all four bands will be making their rounds through Seattle in the coming months so try to catch them at your favorite watering hole. While you’re at it, introduce yourself too. They were a sociable bunch, as much into meeting new people as they were sharing their music.