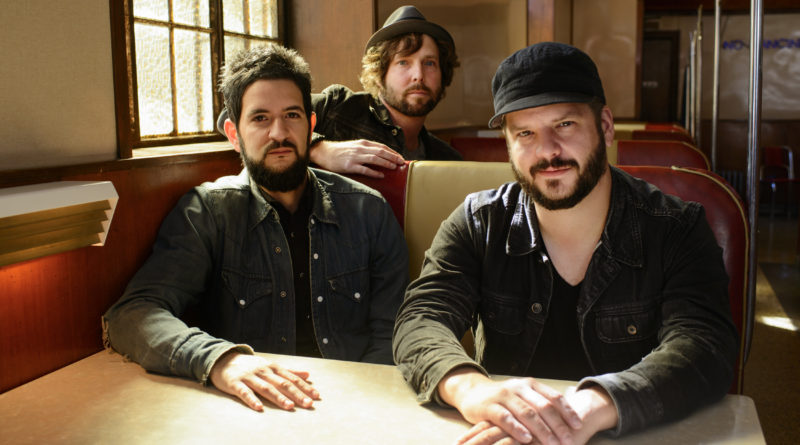 LA-based blues rockers The Record Company are set to do business at the Tractor Tavern on September with Ayron Jones playing a solo set to open the show.

The rock/roots trio of Chris Vos (guitar, lead vocals, harmonica), Alex Stiff (bass, guitar, vocals) and Marc Cazorla (drums, piano, vocals) has been hailed by LA Weekly for “making bluesy music that would sound more at home in a sweaty, backwoods Mississippi juke joint,” while Time Out Los Angeles has described their sound as “reminiscent of some of the best acts of the ’50s and ’60s— like if John Lee Hooker and the Stooges had a well-behaved love child.”

“We have been influenced by early electric blues, so some of that influence certainly shows,” acknowledges Vos. “But we’re just as influenced by bands like the Stones and The Stooges as we are by blues legends like Hooker, Muddy Waters and Jimmy Reed.”

Wherever it comes from, Vos, Stiff and Cazorla have clearly come up with a fresh take on classic rock ‘n’ roll that has proven appeal; their music, well ahead of a record deal, has been featured in over 30 commercial, film, and television placements including the theatrical trailer for Last Vegas and ads for Coors Light, Subaru, Showtime’s Shameless, ABC’s Nashville, CBS’s CSI: Crime Scene Investigation and a current ad for Miller Lite.

Meanwhile, The Record Company has developed a reputation as a live act worthy of sharing the stage with such top attractions as B.B. King, Grace Potter, Trombone Shorty, Buddy Guy, Charles Bradley, Robert Randolph, The Wood Brothers, Social Distortion, and Blackberry Smoke—with whom they toured the U.K. and Europe. On the strength of two EPs (Superdead, released in 2012, and Feels So Good, in 2013), the band received strong college and Triple A radio format airplay and performed at the Montreal Jazz Festival, Milwaukee’s Summerfest, NAPA Valley’s Bottlerock, Ottawa Folkfest, the Quebec City International Summer Festival and the Harvest Jazz and Blues Festival.

“Our sound has a lot of early rock n’ roll but with a greater emphasis on the drums and bass,” says Vos. “We aim to make the speakers move with our recordings.”

Tickets for the Tractor Tavern show can be purchased at ticketweb.com.