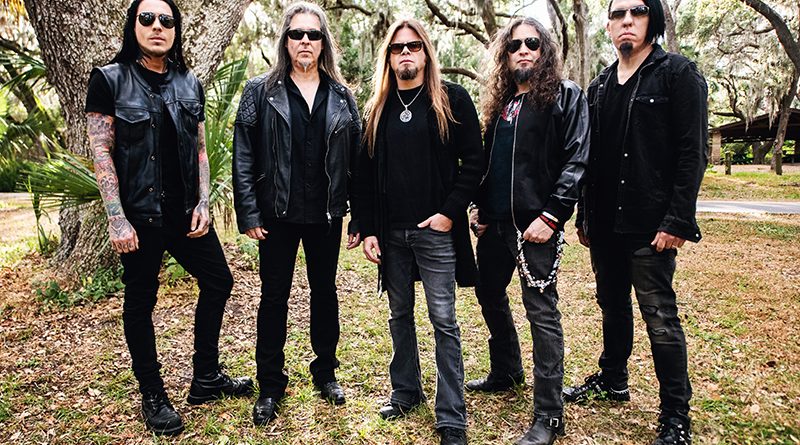 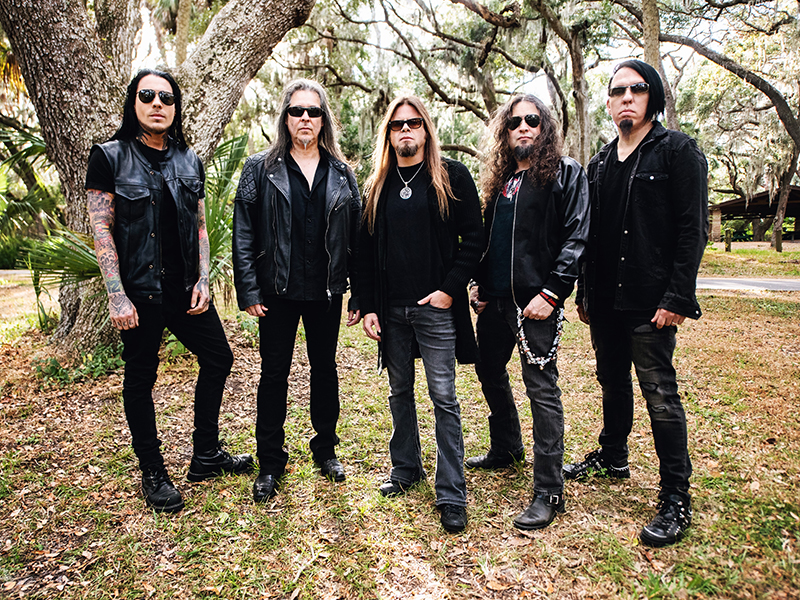 Queensrÿche to play the Neptune Theatre on February 5th

STG Presents Queensrÿche at The Neptune on Wednesday, February 5, 2020.

Fact: Queensryche have never been a band to rest on their laurels. In a career set against the new-millennium’s backdrop of cultural chaos, they’ve remained a constant; musically innovative and lyrically thought-provoking. One of rock’s most respected names who have weathered the storm and emerged in 2019 with The Verdict. It’s an album that echoes Queensryche’s three decades of career high-points while pushing ahead with the confidence and urgency of a band just now coming into its own.

With a legacy behind them that’s shifted over 30 million records and built a dedicated legion of fans while touring the globe alongside giants including Metallica, Def Leppard and The Scorpions, Queensryche have exceeded themselves once again. If Queensryche’s 15th studio album sounds like a young, hungry band just hitting its stride, it’s because that is precisely the case. Produced and mixed by Chris “Zeuss” Harris (Hatebreed, Rob Zombie), who helmed 2015’s Condition Human, it’s also Queensryche’s third album with frontman Todd La Torre, who joined the veteran band in 2012, taking the reins from erstwhile voice, Geoff Tate. “The Verdict is that statement for us – in much the same way that [1984’s] The Warning was,” says founding guitarist Michael Wilton. “This one’s the creative convergence of this lineup.

We got together and worked on every song as a band. The spontaneity, the creativity; it came out of all of us, working together as a band should.” From the hypnotic riff and melody of “Light Years” to the moodiness of “Dark Reverie” or the epic rock n’ roll workout of “Propaganda Fashion” , this is a record that stands up to Queensryche’s gold and platinum watersheds including Rage for Order, Empire or Promised Land.

However, The Verdict is very much an album for 2019: both in band’s far-reaching musical grasp, but also from a lyrical point of view. As far back as 1988’s career and commercial breakthrough, Operation: Mindcrime, the Bellevue Washington-born band distinguished themselves for combining powerful and progressive rock with equally evocative lyrics. Queensryche’s latest is no exception to that rule. “It’s very usual for Queensryche to write about geo-political, socio-political, socio-economic, governmental-type things,” says La Torre. “Ideas that push people’s buttons, but in not such a literal way. There’s definitely an abstract aspect to the lyrics that make it open to interpretation.”

Queensryche and its now-seasoned frontman aren’t afraid to be direct in their lyrical ire. “The first track on the record is called ‘Blood of the Levant’,” La Torre explains. “That really is about the Syrian war and how it started with these two kids spray-painting: ‘You’re next, Doctor!’ referring to Assad, because he was an ophthalmologist before he took power. That song has to do with the people becoming rebels against their own Syrian government and the one’s that support it, i.e. Iran, Russia, Hezbollah, and ISIS which took advantage of the war to invade Syria. Then you have the song, ‘Bent’, that isn’t political but has undertones in lines like: ‘The poisoning of tribes.’ Which is basically referring to how we devastated the Native Americans. “To the lifeline of Flint.” Which is basically about the bad water in Michigan. ‘Now the black snake it crawls deep within sacred grounds, we will never consent.” Talks about the oil pipelines going through Native American land.”

The bond that runs through the current lineup of Queensryche (rounded out by bassist Eddie Jackson and guitarist Parker Lundgren) was tightened and tested during the making of The Verdict. When personal commitments forced drummer Scott Rockenfeld to sit out the recording sessions that spanned between Seattle’s Uberbeatz, Michael Wilton’s Washington State home studio and Zeuss’ Planet-Z Studios in Hadley, Massachusetts, La Torre ably handled the drumming chores with the sort of reverence for Queensryche’s subtleties and nuances he demonstrates behind the mic. “I’ve been drumming for 30 years,” says La Torre, who was recruited from Floridian metal band, Crimson Glory. “I certainly know the nuance and style of Queensryche’s drum parts first hand so it certainly made me a logical choice to record the drums.”

The band credits Zeuss’ return to the producer’s seat as a key part of The Verdict being a record that will take its place amongst their classics. “Zeuss understands us in way that probably no producer we’ve ever worked with has,” says Jackson. “He understands our history, our sounds, what’s in our DNA. He’s willing to push us and vice-versa. We were lucky to work with him again.” When asked where The Verdict sits in Queensryche’s discography, there’s no mistaking the fact that the band’s legacy and connection with their fans is key to their continued success. “With the first self-titled album (2013’s Queensryche), Todd and I were the new guys and we wanted to “stick to the legacy of Queensryche” and stick to the legacy of the first five classic records,” says Parker, who initially joined the band in 2009. “Then when Condition Human came out, we were able to branch out a little bit, pushing the limits stylistically. This album is really the next step for us.”

“Having Todd and Parker in the lineup does create some new chemistry and new ideas when it comes to the songwriting,” Jackson affirms.

“Having new blood in the band certainly gave us some new life for these past three albums. This is something we all have a passion for and having the freedom to write, record and tour without any limits is nothing short of refreshing.”

Queensryche’s impact on other bands and musicians is undeniable. While they dominated rock radio in the 90’s with a string of hits including “Jet City Woman” and “Silent Lucidity”, their influence on rock and progressive bands including the likes Dream Theater or the late, lamented Nevermore has been undeniable. “We grew up during the days when being experimental was a key element,” says Wilton. “Where you could write an album that was completely different than the previous album, put those songs in your set-list and that would completely work! That’s what allowed us to play with Bon Jovi, AC/DC and Iron Maiden! It’s about the musicianship, the songwriting that desire to carry the torch when songs were put together by musicians not machines.”

The Verdict is in and it’s testament to not merely Queensryche’s staying power as a force in rock in a turbulent new world, but a band without boundaries who continue to prove how timeless they truly are.