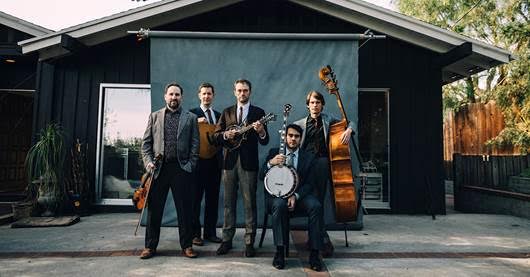 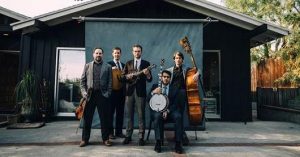 Punch Brothers, who are hard at work on a new album announce a summer tour of the United States, starting at the Telluride Bluegrass Festival just after the summer solstice, winding its way through the country, and returning to Colorado for a set at Red Rocks with Gillian Welch just ahead of the vernal equinox. The tour also includes a few dates with Andrew Bird; Madison Cunningham opens for Punch Brothers on all other dates (full schedule below).

For the first time, Punch Brothers offers Big Time Friend Packages, including premium tickets, access to a pre-show performance and Q&A, the band’s custom-blended coffee in collaboration with Madcap Coffee, a signed poster, tote bag, and more. A limited supply of pre-sale tickets and Big Time Friend Packages for most of the new dates are on sale now in Punch Brothers’ Shop. General public tickets went on sale Friday, March 2.

Punch Brothers was formed in 2006 by mandolinist and singer Chris Thile. The band’s four other members are guitarist Chris Eldridge, bassist Paul Kowert, banjo player Noam Pikelny, and fiddler Gabe Witcher. Punch Brothers’ first Nonesuch record, Punch, was released in 2008 and followed by the Grammy-nominated 2010 album Antifogmatic. In 2012 the band released Who’s Feeling Young Now? Punch Brothers’ most recent release, The Phosphorescent Blues, was released in 2015 to acclaim; NPR said, “Punch Brothers sing of distraction and isolation in the digital age on their new album The Phosphorescent Blues.While the group may look like a typical bluegrass band, the sound is all their own.”