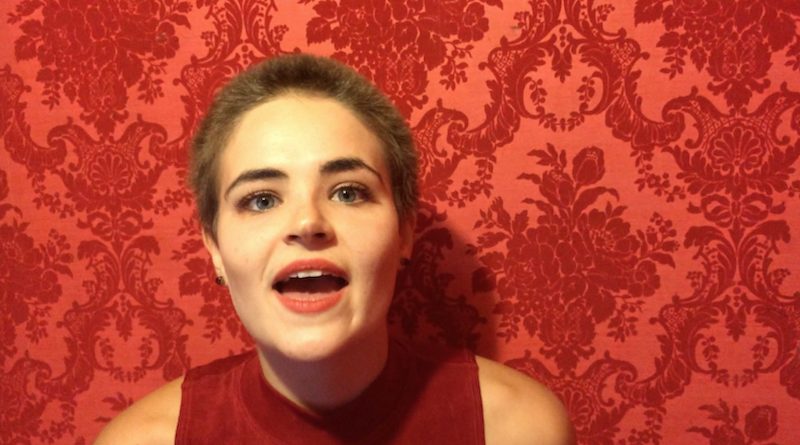 Premiering today on Northwest Music Scene is the new video for “Autonomic Stress (EXTREME FIRE NORMAL 2018)” from Danbert Nobacon. If that name rings a bell, Nobacon was in Chumbawamba, the English punk rock band for 22 years before moving to the Methow Valley in 2007. He continues to write and make music and art, and teaches theatre at his local high school.

The new video paints a bleak picture about the Evergreen State and what the residents have been dealing with regarding wildfires in the last few years. Nobacon shot most of the footage for the video near Twisp and it depicts the the intensity of a wildfire situation from the standpoint of someone that is living in one of the hotspots.

I have lived in the Twisp River Valley in North Central WA state, for the last eleven years, and coming from England I didn’t really have a clue what a wildfire was. The new ‘normal’ means that during four out of the last five years there have been wildfires, measurably amped up by global warming in my very locale, notably the Carlton Complex Fire 2014 (268,764 acres, six miles away), the Twisp River Fire 2015 (11,222 acres, a matter of yards away), and the Crescent Mountain Fire 2018 (51,975 acres, six miles away on two sides). The smoke from these fires and other neighboring fires in other years has reached hazardous levels for days on end. In the local vernacular, high summer has become a regular “Smo-August.”

Newer scientific studies, with more up to date information suggest that this new ‘normal’ is only the start of far worse to come. This film shows some of these local effects and hints at the wider area making up the ten states of the American West which are now burning every fire season with frightening regularity and increasing ferocity.

If your candidate in the forthcoming 2018 mid-term elections denies, or has no policy to tackle climate change; if they are not actively campaigning for a transition to a non-fossil-fuel economy, then it is high time to take those terracidal, profit seeking, planet haters down. Vote Progressive. Act Imperative. – Danbert Nobacon

The track was recorded at Studio Soli in West Seattle, from the album Stardust to Darwinstuff by Danbert Nobacon & The Axis of Dissent.
(Verbal Burlesque Records 2017).

Most of the filming for the video took place near Twisp, with additional footage shot during Nobacon’s recent trip to California to drive his daughter to college, giving it the wider context that the whole of the American West is subject to these globally warmed and super-charged wildfires.

Check out the video below and get more information about Danbert Nobacon at his website HERE.