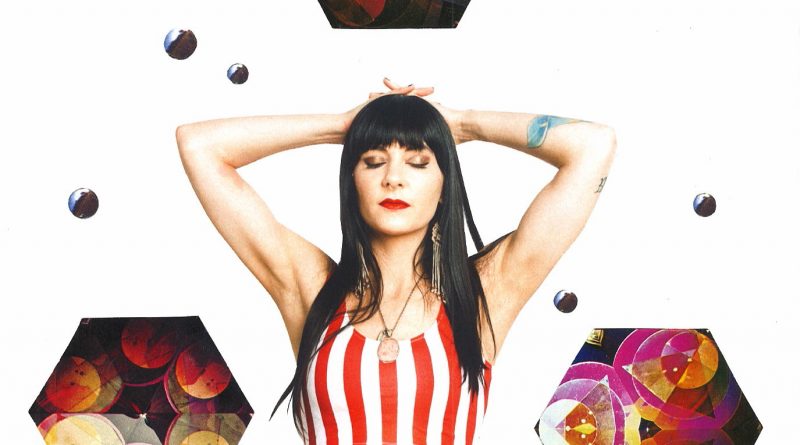 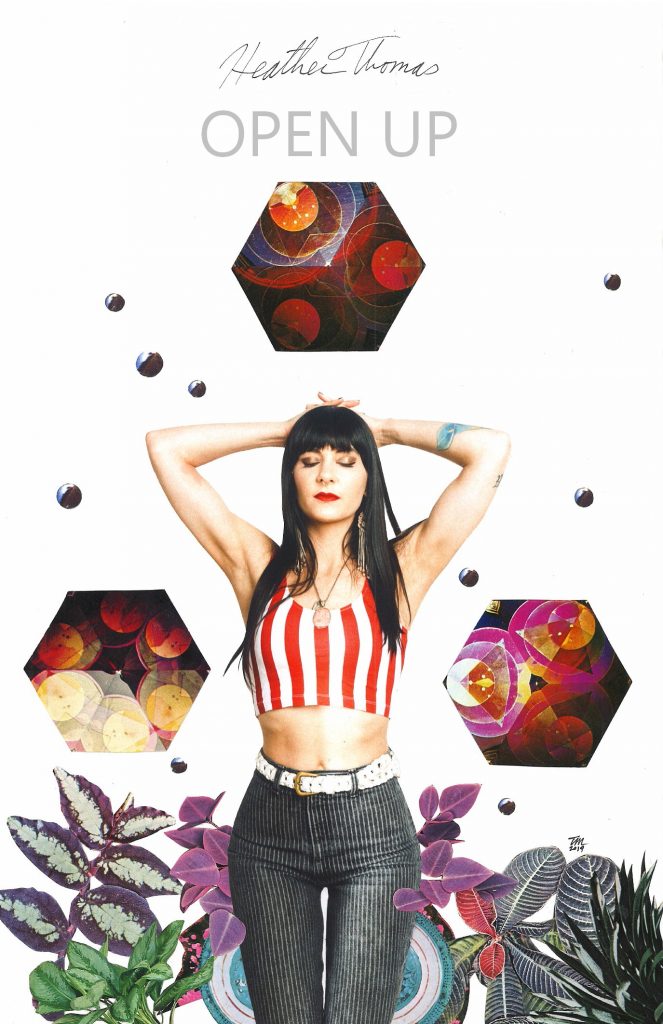 Premiering today on Northwest Music Scene is the brand new EP from a name you should be familiar with, Heather Thomas Band. The new release allows Thomas to showcase her vocal chops in addition to her stellar skills behind the kit and this three song collection will be a great addition to your late summer playlist.

You press play on Heather Thomas Band’s upcoming August 16th EP release, Open Up, and there you are, freely whisked away by lush guitar and then there she is, Heather Thomas; singing confidently yet softly, “Open up love, can’t you see, there’s a hole in you and me.” Encouraging one to take a deeper look within. However, what the listener can’t see listening to Open Up from a streaming link is how gracefully Thomas is while sitting at the drum throne with a microphone inches from her lips, displaying an elite ability to simultaneously sing & drum. If one were to take a deeper look, it’s on the Heather Thomas Band’s new music video, “When I Was Young” where you really experience Heather Thomas in all her glory. From rudimental agility on the kit to magnetic vocal lines, Thomas lets down her guard on her new 3 song EP, and totally owns the kit + mic at the same time. Not to forget, the whole EP is backed by the oh-so groovy Dune Butler (General Mojo’s) on bass and the very tasteful, Oliver Franklin on guitar.

It would be a disservice to not mention that Thomas has been making a ton of sweet noise in northwest music scene and beyond touring/performing with numerous acts including Mary Lambert, Blood Moon Orchestra, Bad News Botanists and much more in the last few years primarily playing drums. She is also a founding member of Psychedelic Rock band General Mojo’s, who have been making waves of their own in recent years. It’s safe to say: Thomas is one of the hardest working musicians in the northwest. Always jamming, always rocking. However, It’s here on her new three song offering where we get to experience Heather in her truest form.

“I feel like I really have my own unique voice from behind the drumset. I became a songwriter because I felt like I had more to say than drums alone could convey, so I love combining those two powerful aspects of my artistry.” – Heather Thomas

(Listen to the brand new EP below via Soundcloud)

Open Up was recorded at 3 different studios: “When I Was Young” at London Bridge Studio (Seattle) with acclaimed producer, Eric Lilavois behind the board. It was Eric who noted that,“Being in the studio with her is energizing, productive, and inspiring to anyone in the room, which ultimately translates to the listener.”

While “I Am The Desert” and “Open Up” were recorded at separate studios in California in 2018 (Blue Microphone Studio, Mosaic Studio). All tracks mastered by the legendary Ed Brooks (Death Cab For Cutie) at Resonant Mastering. instead of printing CDs, Thomas is printing posters made from 100% post-consumer waste recycled materials with a download of the EP printed on compostable seed-paper.

Watch out, the future is quite bright for Heather Thomas and whatever she applies herself to.

Connect with Heather Thomas at the following places: