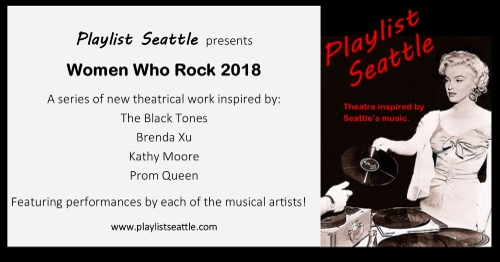 Playlist Seattle is set to present their next volume of theatre inspired by the city’s music with a month of “Women Who Rock 2018” events. Beginning March 12, the company will stage theatrical pieces inspired by The Black Tones, Brenda Xu, Kathy Moore and Prom Queen, with each of the musicians slated to perform as part of the Monday evening series at The Piranha Shop.

Since it’s founding in 2014, Playlist Seattle has created original plays and performance pieces inspired by a range of Seattle bands, from legends like Hendrix and Nirvana, to current artists performing in the scene today, such as Ayron Jones and Kris Orlowski. In the past year, they have also expanded to present a full length, “LP” production based on the Temple of the Dog album and as well as create a theatrical record release event for local hip-hop producer Martín Sepulveda.

The Women Who Rock theme was also explored by the company in 2016, with a great response. Company founder/director Kelly McMahon said she is excited to highlight even more of the amazing women musicians creating in the scene today. The timing of the expanded series was chosen to coincide with Women’s History Month (March), and then McMahon also realized the series spanned SWAN Day, which is an international movement to “Support Women Artists Now”. 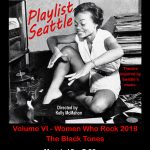 The Black Tones, who join the Playlist group on March 12, are described as a mixture of Kurt Cobain and cornbread. Founded by twins Eva Walker on guitar/vocals and Cedric Walker on drums, the group has become one of Seattle’s most exciting and rapidly growing groups. Along with fronting The Black Tones, Eva was also a featured drummer in the recent Mary Lambert video for the song “Know Your Name”. She definitely personifies a woman who rocks! 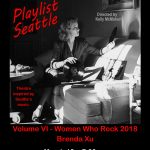 Indie folk/pop artist, Brenda Xu (scheduled to play March 19) has been building a steady following since her arrival on the Seattle music scene a few years ago. The momentum she created with the release of her last album “For The Winter” in 2014 has led to several successful tours and song placements on MTV & Nickelodeon. Her new album, Overflow was just added to KEXP‘s rotation, and has been receiving airplay and press coverage in countries all over the world. 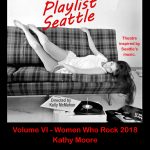 Kathy Moore is an exciting multi-instrumentalist who can be seen on Seattle stages almost every night of the week. She plays bass and keys for rock group The Guessing Game and performs monthly at The Sea Monster as part of the improvisational group The Blood Moon Orchestra – only two of her many projects and collaborations! Her performance with Playlist Seattle on March 26 will focus on a song-cycle she is creating exploring the stories of “difficult” women of history and myth like Joan of Arc, Cassandra and Eve. 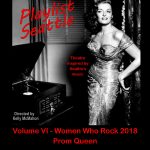 Leeni Ramadan, lead singer of the group Prom Queen, will perform with the company on April 2. Along with creating darkly sweet 60s-inspired pop tracks for the band, Leeni also composes and produces solo work with a more electronic edge. Her mash-up of the Stranger Things and Twin Peaks theme met with love from fans of both series and was called “genius” by Indiewire.

The Playlist Ensemble will create 4-6 pieces inspired by each the highlighted musicians. Depending on the show, the “playlist” of theatre pieces will change, leaning more toward the musician who will join the theatre artists that night.

Playlist Seattle: Women Who Rock 2018 will be presented at The Piranha Shop. Tickets are $17-20 for an individual show, with multiple show passes also available. More information about the show, tickets and Playlist Seattle at www.playlistseattle.com.