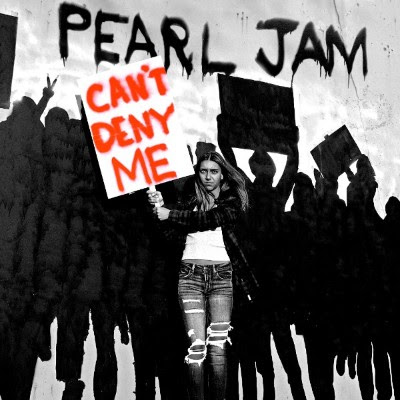 “Can’t Deny Me” can be purchased now at pearljam.com and available on all digital stores and streaming services. Listen HERE.

“Can’t Deny Me” was first released as a surprise early download to active members of the band’s fan club via Ten Club’s Saturday, March 10th newsletter.

The song was recorded in Seattle in February of 2018. Music was written by Mike McCready and lyrics by Eddie Vedder. Artwork for the single was created by Jeff Ament and Kevin Shuss.

Pearl Jam kick off their tour of South America in Santiago, Chile today. For full tour dates and the latest information on the band, visit pearljam.com.

About Pearl Jam
2018 marks 27 years of Pearl Jam performing live. Ten studio albums, hundreds of unique live performances and official live concert bootleg releases later, the band continues to be critically acclaimed and commercially successful — with over 85 million albums sold worldwide and a 2017 induction into the Rock and Roll Hall of Fame.