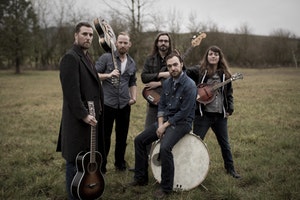 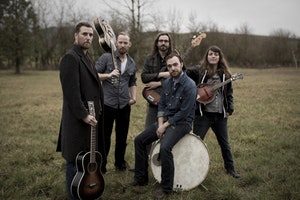 Portland, OR based folk-rockers Fruition will be ringing in the new year with a three run stretch of shows from Dec 29-31, kicking off in Seattle at the Crocodile Cafe on Dec 29.

Fruition are just coming off a tour with close friends and collaborators Greensky Bluegrass, with an eye on an upcoming record in 2018. In a departure from their usual DIY approach, they’ve teamed up with producer/mixer Tucker Martine (My Morning Jacket, Modest Mouse, The Decemberists) to adorn their folk-rooted sound with delicately crafted elements of psychedelia and soul.
With four LP’s under their belt and a dedicated tour following, they’ve been praised by Paste Magazine, Relix, American Songwriter, The Oregonian and receive on-going live coverage from Live for Live Music, The Grateful Web, and Jambands.com.
Fruition was born out of an impromptu busking session after the three singer-songwriters Jay Cobb Anderson, Kellen Asebroek, and Mimi Naja discovered their voices naturally blended into stunning three-part harmonies. Ten years later the Portland, Oregon-based quintet has grown from a rootsy, string-centric outfit to a full-fledged rock band, eventually taking the stage at such major festivals as Bonnaroo and Telluride Bluegrass (a set that inspired Rolling Stone to praise their “raucous originals filled with heartfelt lyrics and stadium-worthy energy”). Following the release of 2016’s Labor of Love, Fruition again made the rounds at festivals across the U.S., prompting Rolling Stone to feature the band on its “8 Best Things We Saw” at DelFest 2016.
Stream Labor of Love (2016) here: https://soundcloud.com/randmrecords/fruition-labor-of-love