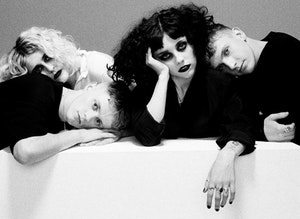 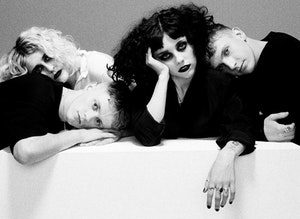 Pale Waves has created quite a stir leading up to their release of “Heavenly,” the last song from their debut EP All The Things I Never Said – available for streaming here and out physically on March 16 on red vinyl. They were named as the #5 artist on the BBC Sound of 2018 shortlist and collected the “Under The Radar Award” at the 2018 NME Awards. Billboard recently detailed how the Pale Waves’ trajectory has them pointed towards “tangible results and a conceivable superstardom.” They’ve graced the covers of NME, DORK and DIY, and Nylon, Stereogum, The Fader, Marie Claire, and V-Magazine have all added their support and praise leading up to the release. Their upcoming U.K. tour is 100 percent sold out, with VEVO DSCVR’s “Artist To Watch in 2018,” Marie Claire’s “8 Rising Musicians” list and the DIY “Class of 2018.”Now, the band is set to break things wide open as they gear up for a headline American tour and a run at SXSW.