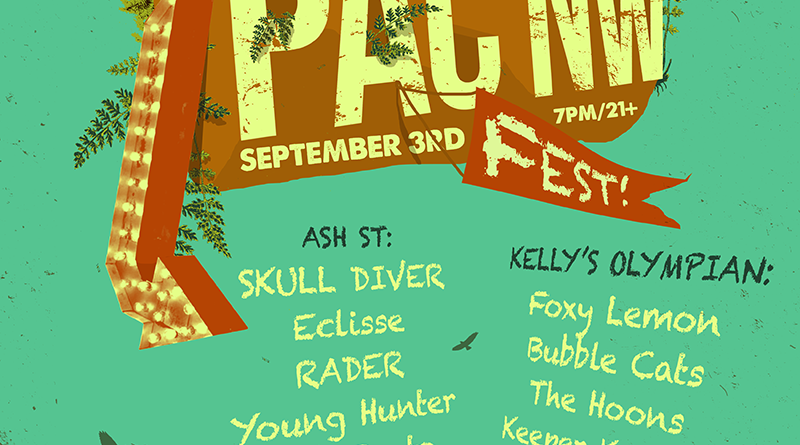 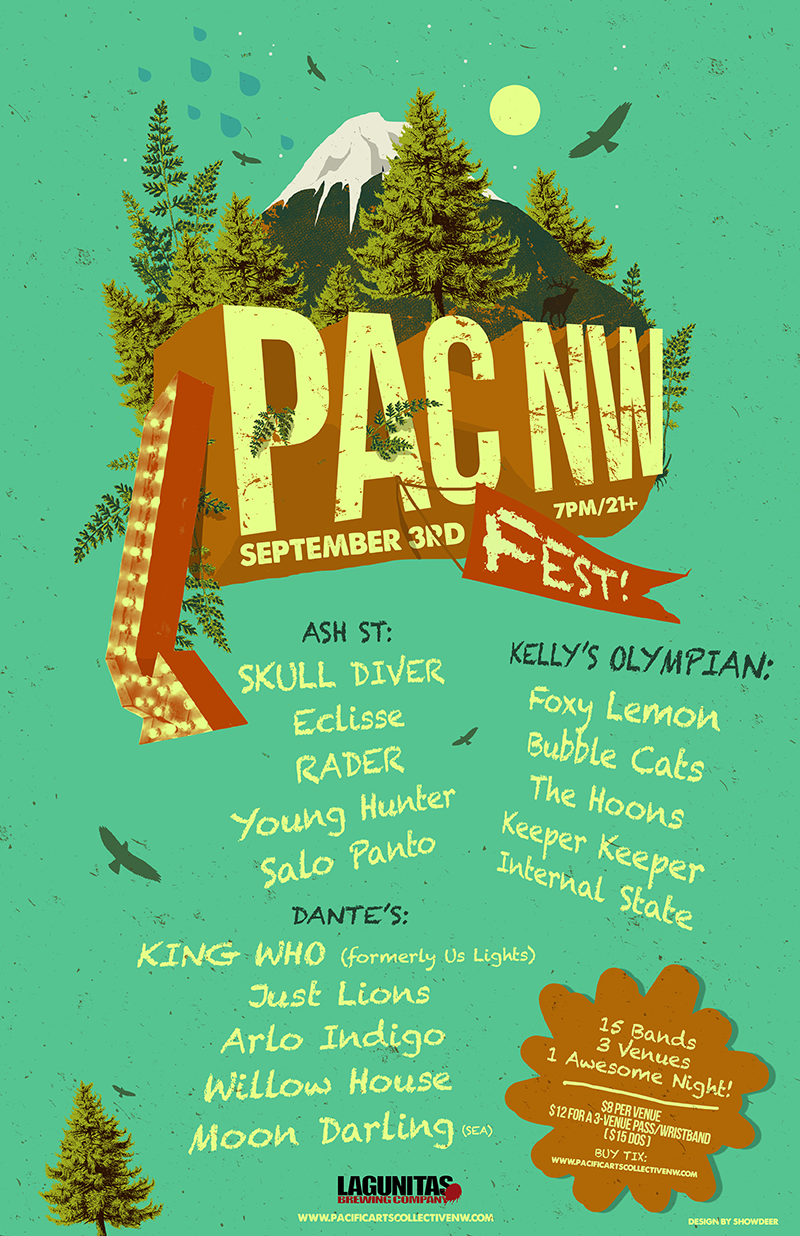 Northwest-based music media, management, and production team PAC NW has partnered with three of Downtown Portland’s most popular venues, Dante’s, Kelly’s Olympian, and Ash Street Saloon, with the support of Lagunita’s Brewing, to rally the community for a one-night showcase of the city’s best up-and-coming bands.

Join many other passionate music fans on Saturday, September 3rd for a summer’s eve bash unlike any other, with performances by notable local favorites King Who (formerly Us Lights), Foxy Lemon, and Skull Diver. Supporting acts include Eclisse (most recent project of the prolific Febian Perez, formerly of Bike Thief), Young Hunter, Arlo Indigo, The Hoons, Just Lions, and many more. It has also been revealed that this will be drummer Zac Boggis’ final performance with Foxy Lemon, a group that has garnered much local praise and national attention, even having a song featured in an ad for Nike Soccer. Given Foxy’s reputation for putting on an insanely rowdy live show, it can only be assumed Boggis’ farewell performance at Kelly’s Olympian will be a highlight of the night.

King Who (formerly Us Lights), will be headlining the Dante’s stage, and are certainly not-to-be missed. Soon-to-be local legends, the 5-piece has an uncanny ability to get a crowd moving with their unique brand of psychedelic synth-pop. Their most recent EP, Body, is perhaps the bands’ best effort to date, as lead singer Michael Young’s soft and eerie vocalizations guide the listener through whirling melodies bolstered by robust, precise, percussion. Any chance to catch these guys live is an opportunity to be taken.

Closing out the night at Ash Street will be dream-wave dark-rock trio Skull Diver. With an alluring sound that beckons like a dark, beautiful abyss, it’s no wonder this Portland group has been mesmerizing audiences since conception. Come out and see what all the buzz is about for yourself.