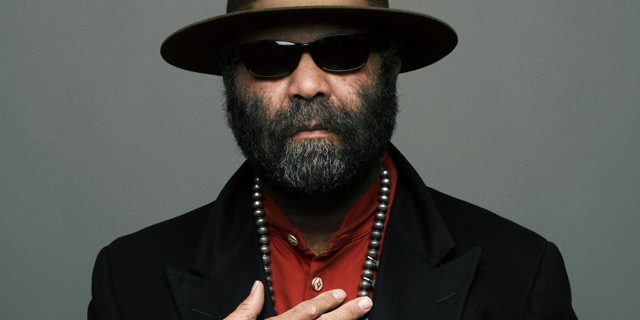 Otis Taylor’s new album opens with a bumpy rhythm section under a freewheeling solo cornet, stinging lap-steel guitar and a devastating representation of a black man who, in the Deep South in the 1930s, wouldn’t dare look a white man in the eye: “I’m alive now, be dead soon,” Taylor intones on “Twelve String Mile.” Taylor calls his style of music “trance blues” — moody, repetitive grooves that create space for spare, evocative lyrics and urgent ideas. On 2013’s My World Is Gone, Taylor tackled the treatment of Native Americans by the U.S. government; now, on Fantasizing About Being Black, he confronts the historical trauma of the African-American experience. The subject matter isn’t easy, but the hypnotic style won’t let you go. “A big black man, got dark, dark eyes / Big, big man, got dark, dark skin,” Taylor moans. “Nobody sees me.” But we hear him.