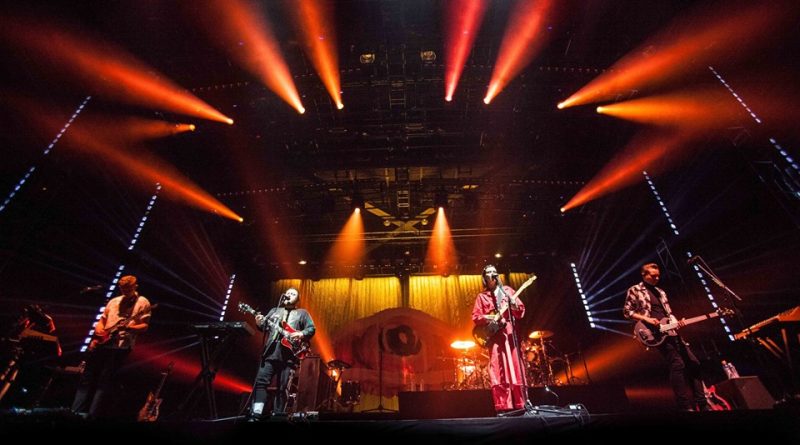 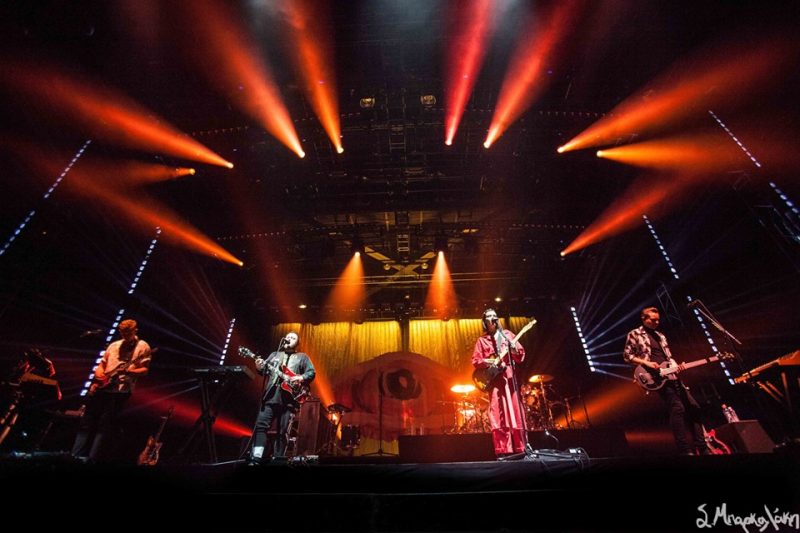 It feels like it’s been a while since we last saw Of Monsters and Men perform live. This was going to be a good set as the WaMu Theater is a great space for their large stage production to come alive as part of their Fever Dream tour. After the worldwide success of their debut record, My Heart Is an Animal in 2012, the Icelandic band continues to tour around the world gathering fans along the way. Last time we saw them was at Sasquatch 2015 where we had the opportunity to check out their tour bus and chat for a bit.

The wide stage was set up with many props and lights while the background was a cloth with the eye design from their latest record. The band took the stage a little after nine kicking off with “Alligator,” as excited fans raised their hands in the air cheering them on. Lead singer/guitarist Nanna Bryndís Hilmarsdóttir, and singer/guitarist Ragnar “Raggi” Þórhallsson stood in the middle, as lead guitarist Brynjar Leifsson and bassist Kristján Páll were on their sides with drummer Arnar Rósenkranz Hilmarsson raised on a platform towards the back. 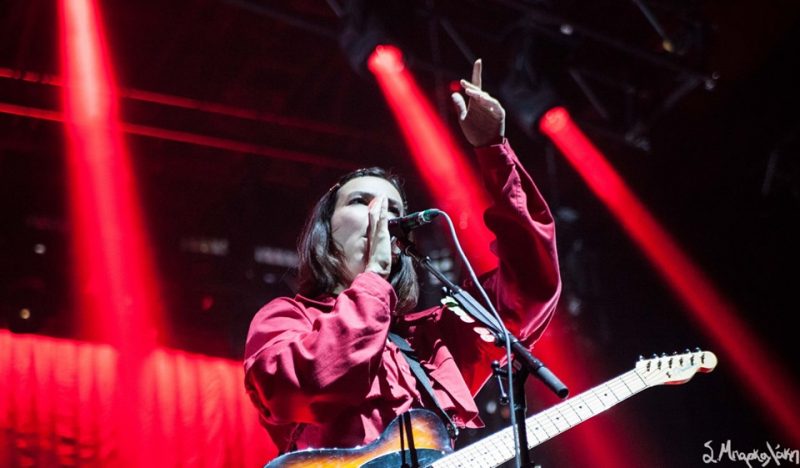 They continued with “Empire” and “Ahay” as the lights created elegant designs to match the melodies. The energy was high as Nanna and Raggi took turns and poured their emotions out to devoted fans waiting to hear their favorite lyrics. During “Crystals” a few lighting rigs from above slowly were lowered to create another design as people sang along to flashing lights. It was a great view to have as most of the night was well programmed and captivating as the time went on.

After the song they brought out a cake and Raggi mentioned that it was a special day as their pianist was celebrating his birthday. The whole venue sang the birthday song and I’m sure that felt quite special for him. Their main set ended with breakthrough hit “Little Talks,” and “Six Weeks.” 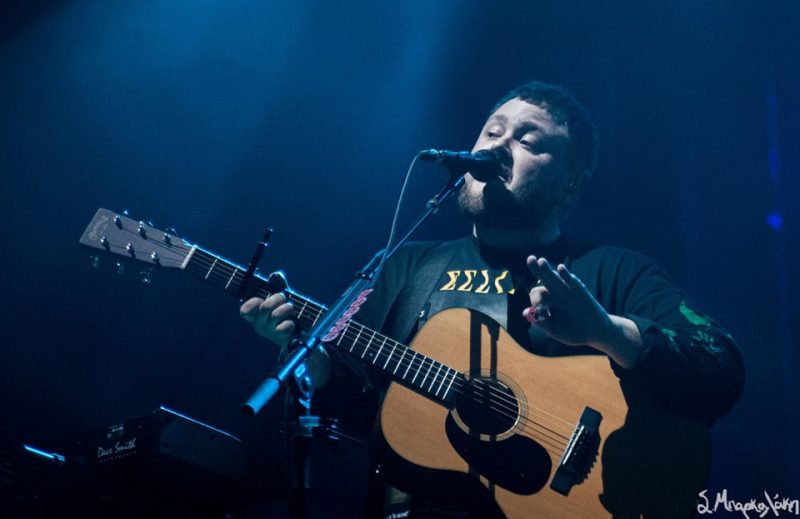 Shortly after, Nanna returned and sat in front of the stage while a spotlight illuminated her signing “Waiting for the Snow.” The energy picked up again afterwards as the band performed “Dirty Paws,” as people jumped around showing their happiness. The night came to an end with “Yellow Light,” and it all felt like a quick few minutes. I guess good ones always feel like they are never long enough. If you missed your chance, don’t worry they’ll be back in December to play Deck the Hall Ball so you should start planning for that now.