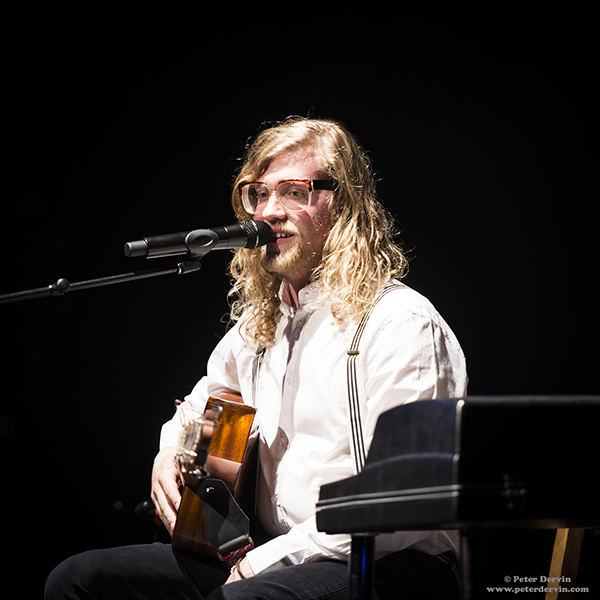 Portland, Oregon’s Dirty Revival, a five-piece soul/hip-hop group, are celebrating the release of their debut, self-titled full-length with a music video, “Dirty Love,” which premiered via the gracious folks at CMJ.

Expanding on that, Simko says of their debut, “I think people will find a great variety of influences or comparisons, to name a few: P-Funk, Aretha Franklin, James Brown, Bill Withers, Charles Bradley, Jill Scott, Erykah Badu, D’Angelo, and The Roots.  It’s hard to say.  I think there are so many influences that it won’t quite sound like anyone in particular.”

Dirty Revival is a melting pot of influences and personalities, with all five members getting their voice, literally and metaphorically, contained within the sounds of the album.  While navigating different musical waters, the album also vacillates between fiercely political uprisings to down and gritty party jams that are meant to make you smile and dance.

“The album is about honesty,” says Clarke.  “It is candid and sincere, the same way we as a group approach music in general.  ‘Breathe’ is a song decrying the racial tensions in our society as we see it.  ‘Lay Me Down’ is about the brutal affect addiction has on people.  ‘Take It Off’ is a take on lust.  “Make It” is about the need for personal betterment.  And then there are songs like ‘Dirty Love,’ which highlights our passion for performance.  Essentially, every song on this album is an unadulterated take on music and the world that we see every day.”

Adds Drysdale, “It’s serious when it needs to be and fun the rest of the time.”

The band decided on self-titling their debut, as a representation of who they are.

“[This album is] our soul and identity as a group.  We’ve spent the last three years writing, touring, and playing shows, all the while our sound has been evolving into what it is now, Dirty Revival, and the self-titled route just felt appropriate,” comments Drysdale.

While self-describing themselves as “soul-hop,” and stating that at the core they’re a soul band, anyone that listens to Dirty Revival will hear so much more than just a soul group, something the band is very proud of, and really set out to accomplish on their debut.

“There’s a lot of throwback soul out there that’s really great, and is a big influence for us, but we differ in that we’re not trying to 100% emulate that style,” says Shaw.  “We take a lot of pop music cues from the 70s, 80s, and 90s and then use classic soul as a lens to focus our ideas into a song.  With this album we’re casting a wide net of influences to help us hone our sound.  After this whole process, I think we’re really starting to get there.”

The record is as natural as the band’s beginnings, with no long discussions or debates, just things gelling and making sense.

“People always ask how we picked the name Dirty Revival.  I can never think of anything cool to say, that is just who we are.  The day we came up with that name it wasn’t a big, long conversation, it was just accepted as fact,” remembers Clarke.  “Over the last couple of years we have been growing into our own name and our music has begun to take on a unique sound.  If you listen to our EP, The May Fourth Edition, and then to the music we have written in the last year and a half you will hear some of the same gritty sound in the EP, but with less direction, less purpose.  This album represents us learning to musically articulate as a group, taking five different voices and blending them together in one strong and harmonious statement.  Calling the album Dirty Revival is our way of introducing ourselves to the world as a unit, we are putting ourselves out there.  This is who we are.  Take it or leave it…but hopefully take it.”

Adds Drysdale: “The music was recorded live.  This is how we sound when we play; the underlying force and energy behind each track is the band playing and tracking together in the studio.  Most of the vocals were recorded live, too.  Dirty Revival  is just that, it’s Dirty Revival here; no tricks, layers, or studio magic – we performed these tracks and captured that in the recording.”

One of the album’s highlights for the band is the political “Breathe,” a hard-hitting, honest song that confronts the big issue of the racial and social-class issues we’re facing today.

“‘I am not on my own, please say that you’ll agree…’”  Those are the beginning lyrics in the chorus of ‘Breathe.’ The lyric resonates with me because of its obvious meaning in the song, it’s about solidarity in response to the current events of police brutality and racism,” comments Simko.  “But I also think of it as having a broader meaning; it is a statement about how nothing can be done alone.  Accomplishing a dream, supporting each other as a community, and even making an album, and pursuing a career.  There has been so much support and positive feedback in our efforts and we hope to return all the love by make a positive impact on our fans and friends.”

Now, with the record done, the band just wants to get their music out there, share it with people, and hope that those people want them to come to their city and play live for them.  And, the band, will be happy to oblige, with heavy touring this fall into next year slated in support of Dirty Revival.

You can watch the new music video below. Dirty Revival will also be headed to Seattle’s Musiquarium on December 12th. You can find out more information here.