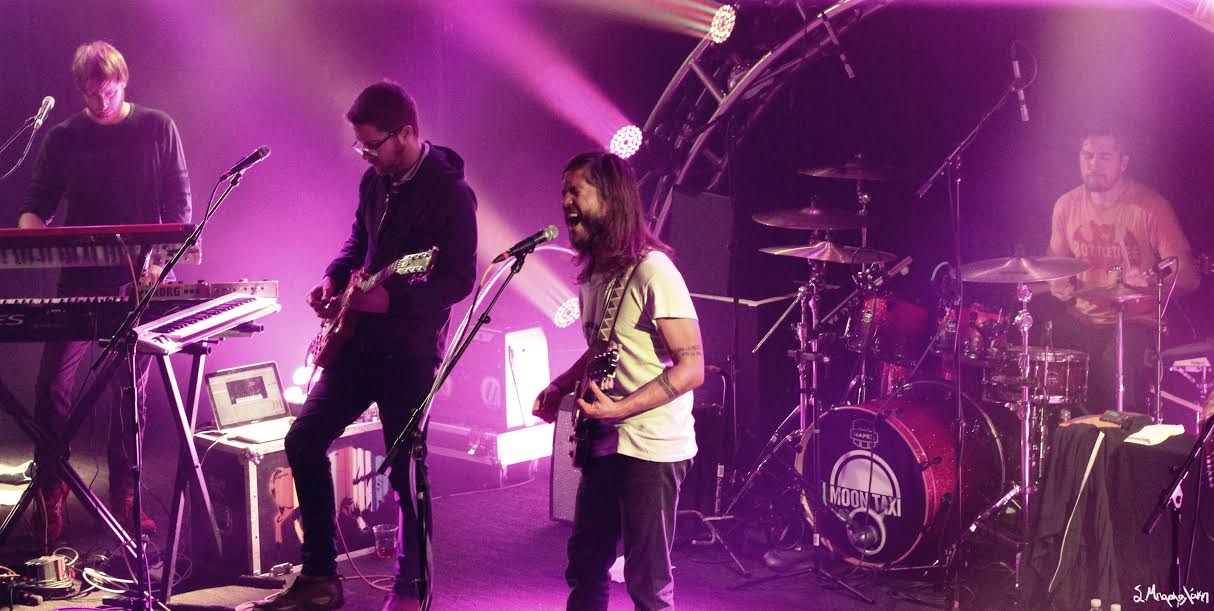 I was very excited when I heard Nashville natives Moon Taxi were coming to Seattle to play a show supporting their new album Daybreaker.  I had no idea who they were until I went to Bonnaroo this year and saw this festival-favorite perform for the first time.  There was so much buzz before we got there, about them being the big band to check out this year.  When we did it was really good and even though I hate comparing voices Trevor Terndrup did sound a lot like Kings of Leon’s Caleb Followill, maybe it’s a Nashville thing. Regardless, Moon Taxi’s sound was very different, as I found it more to easier to label progressive pop, as opposed to southern rock like Kings of Leon.

The band formed in 2006, but Terndrup and bassist Tommy Putnam actually went to high school together and played in bands before moving to Nashville in 2002. The band released their first album Melodica under their own independent label, 12th South Records.  They started to perform to larger audiences and playing music festivals that exposed them to new fans. They’ve released four studio albums and keep growing into larger venues and stages.

My favorites included “All Day All Night,” “Change,” “Morocco,” “Change,” “Mercury,” and their new track “Savannah.”  Trevor performs with a smile on his face that is so genuine and every now and then throws his hair, charged with sound.  This is a show that will make you go from swaying side to side or jumping around at a moment’s notice. Either way, they are a great band to check out; I appreciate anything Nashville has to offer.

Posted by S.Barkalakis on Tuesday, 17 November 2015