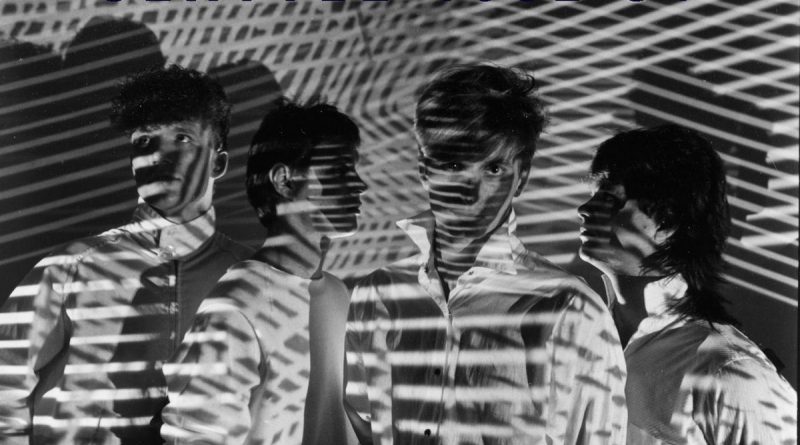 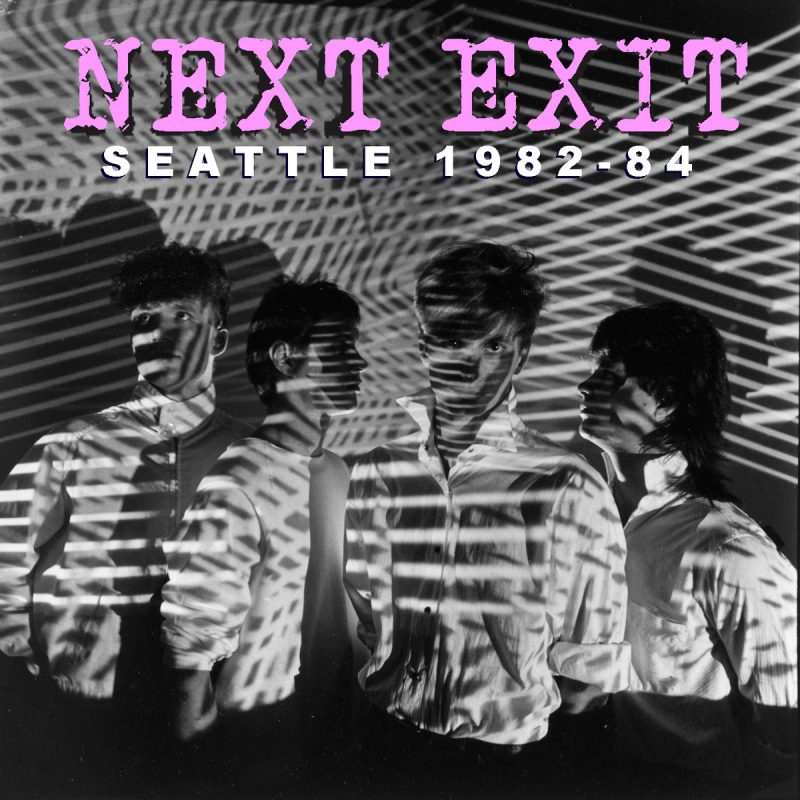 There once was a Spokane-based band called Sweet Madness, whose career was summed up on the aptly-named 2013 compilation Made in Spokane: 1978-1981. After a few lineup changes, the band became Next Exit. The 2017 comp One Way Ticket: 1981-1982 covered the band’s early years; the just-released Seattle: 1982-1984 fills in the rest of the story.

By this time, the lineup had become Jan Gregor (vocals, guitar), Greg Morlan (lead guitar, backing vocals), Jef Morlan (bass), and Mark Fenton (drums, backing vocals), and the band was very much a part of Seattle’s music scene. There weren’t any bands that went on to greater glories (though some individual musicians did), and clubs and performing spaces opened and closed with frightening regularity, but it was nonetheless a busy and active time. It seemed like there was always something new to discover.

In my review of One Way Ticket, I described the music as new wave/post punk, and that’s still a good starting point here. Just play the first few seconds of the opening track, “Contents Under Pressure,” and anyone with any sense of rock music history will lift their finger in the air in recognition and say, “Ah! The early ’80s!” The propulsive beat of this track makes it the perfect driving music, and had a video of the song made it to MTV I guarantee you Gregor’s staccato “Caution! Contents under pressure!” would’ve become a teenage catchphrase.

The topics are also very ’80s, and overall, there’s a darker tone to the music compared to the band’s earlier releases. There’s a song called “USA Today” about that very thing — the daily newspaper that launched in 1982 and was then widely regarded as a dumbed down version of the real thing (Laurie Anderson referred to it as the “happy news newspaper” in one of her monologues). In the song, the paper’s just another item on that shopping trip to the Kwik-E Mart: “I’ll take a sulfate soda and a sodium dog and a USA Today!” Songs like “Regular Job,” “Rational Town,” and “Stress” (“So you’re finally coping with stress/You can never avoid all the stress”) deal with the monotonies and frustrations of life in the modern age in a manner that’s reminiscent of those other post-modern deconstructionists, Devo.

“You’re My Fixation” is the only studio track to slow the pace down a bit; the rest is all jagged edges and a rhythmic beat, topped by Gregor’s high-pitched, keening, agonized vocals. This release also adds three live tracks, giving you an idea of what the group was like in performance. The energy is more contemplative, not quite as manic, though “Fallout Zone” (another fable of modern paranoia), really whips the crowd up. It’s a welcome release that offers a great look back at a simpler time in our rock history, before everything got so gentrified.

(Check out the album below via Bandcamp)