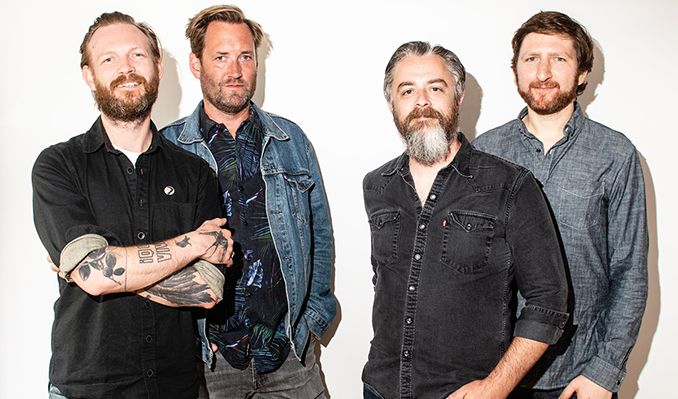 Minus The Bear: The Farewell Tour at The Showbox on Friday, December 14th with Tera Melos

Minus the Bear is a product of the first two tumultuous decades of this century. From their first show in 2001 to their impending dissolution at the end of 2018, the Seattle band thrived on the musical awakening in the era of the mp3, the internet, poptimism, and the endless crosspollinations generated from an expanded consciousness of new music forms. With the aim of sounding like “classic rock from the future,” they initially forged their music from the dichotomous blend of David Knudson’s prodigious finger-tapped guitar lines and Jake Snider’s cool-tempered narratives set against a backdrop of souped-up dance beats. Throughout their career, they’ve carried on the trailblazing traditions of ‘70s prog rockers and guitar-centric indie rock pioneers of the ‘80s and ‘90s, but they’ve also always been a band of new sounds. Synths, drum machine break beats, omnichords, and pedalboard gadgetry all contribute to the band’s electronic flourishes. You can hear the poptimist appreciation for a club banger, a new wave hook, or a solid hip-hop beat in any number of their songs. And with their final EP, Fair Enough, Minus the Bear closes the book on their inimitable hybrid of scholarly art-rock, breezy indie pop, and warehouse party appeal.