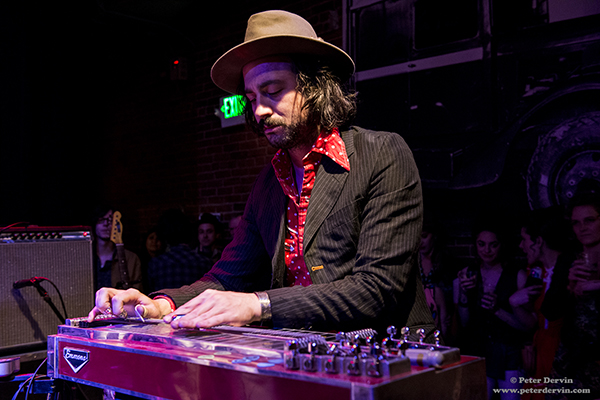 Minus the Bear and Suicide Squeeze Records are excited to release the 10th anniversary deluxe edition of Menos el Oso on December 4th. The LP has been repressed in a gatefold jacket with a matte finish and UV gloss. It includes a printed inner sleeve with expanded liner notes about the creation of the record provided by longtime friend of the band Brian Cook (Russian Circles, These Arms Are Snakes) and includes quotes and insights from the members themselves. The 10-year anniversary edition of Menos el Oso has a limited first pressing of three thousand copies (1k on clear vinyl with a green high melt, 1k on yellow marble, and 1k on clear).

In the run up to the 10th anniversary release of their sophomore 2005 album, Menos el Oso, Minus the Bear celebrated with a string of sold out North American tour dates this fall. The band played the album in its entirety during these shows in addition to other fan favorites and select new material. This coming January, they’re embarking on a UK tour with support from Aero Flynn.

When the members of Minus the Bear first convened in a dingy practice space in 2001, there were few expectations for the project other than providing a reason for the five drinking buddies to hang out, have a few laughs, and write some idiosyncratic pop songs. But over the course of the next four years, Minus the Bear demonstrated that they were more than just some flashy playful indie pop act. The band had always taken their craft seriously, but Menos el Oso was their first record where the overall tone of the album matched the stern discipline of their musicianship. Not only did Menos el Oso propel the band to bigger audiences, it set a precedent for their future fearlessness in exploring new sonic frontiers.

LP Bundles available via Minus the Bear Online Store