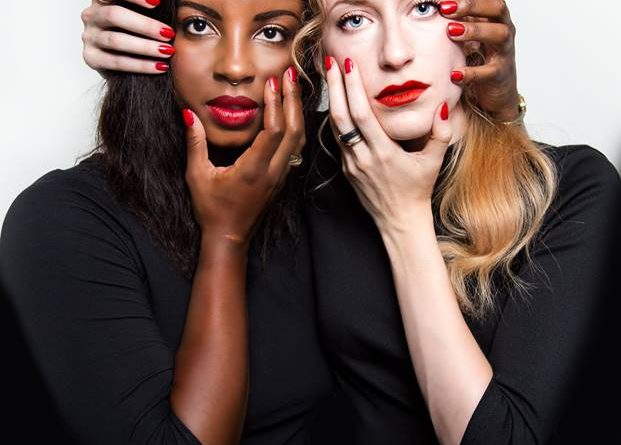 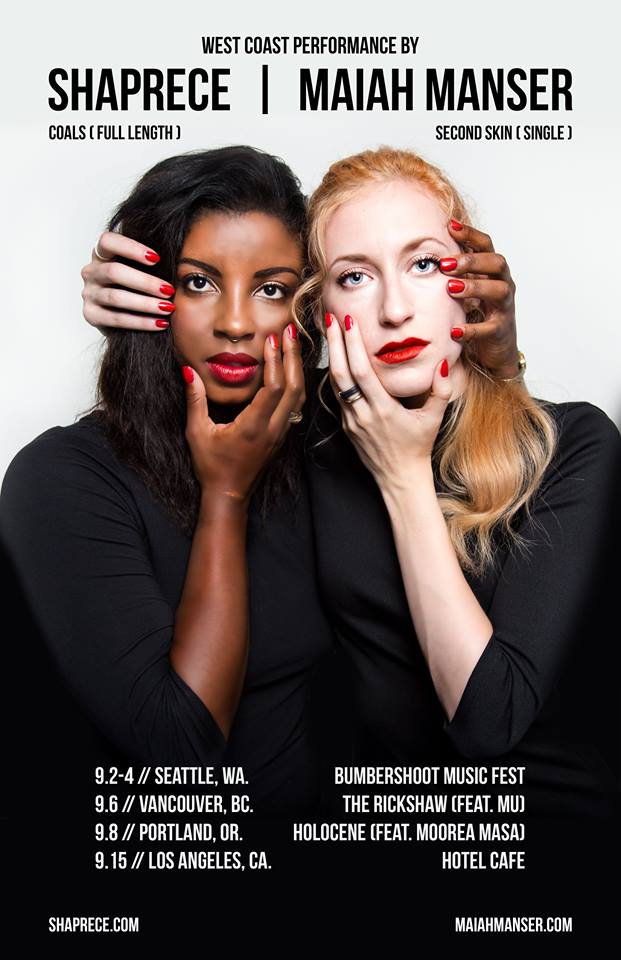 Los Angeles and Seattle-based singer-songwriters Shaprece and Maiah Manser recently announced a co-headlining US tour in support of their upcoming releases. Shaprece’s newest creation, “Send Down Your Love,” is slated for release on September 30 whilst noir-pop singer Maiah Manser will be releasing her new single, “Second Skin,” on October 21.

Shaprece has become a recognized name in the recent trip-hop revivalist movement and beyond. Her upcoming debut full-length album, COALS, is set to solidify her as one of the most engaging and forward-thinking artists of her genre. Beyond showing off her skills as an exceptional songwriter and vocalist, Shaprece has driven her way into the hearts of large audiences with her overwhelmingly striking, energetic performances, including Benaroya Hall with the Seattle Symphony, along with an extensive list of festivals such as SXSW, Capitol Hill Block Party, Bumbershoot, Treefort Music Festival, Sasquatch!, Decibel Festival and more.

Purveyor of smooth harmonies, compassion and tenderness, Shaprece’s calculated release of material has only helped build the mystique around her. With the 2014 releases of the “Tell Me // Her Song” split single, and through her critically acclaimed Molting EP, she reintroduced herself to the world, laying the foundation for what’s to come. COALS is a natural progression and major step forward in style and substance. The album, which she debuted in full at a live listening with the Seattle Symphony, will feature 11 tracks mixed by Kyle Ross (Kanye West, Zayn Malik, John Legend).

Having already toured as a vocalist with Mary Lambert, Maiah has shared the stage with the likes of Ariana Grande, Pharrell Williams, Meghan Trainor, Sam Smith as well as performing on Jay Leno’s Tonight Show and VH1’s You Oughta Know. Maiah has opened shows for bands Hiatus Kaiyote and Tesla Boy in Seattle and recently performed at Capitol Hill Block Party festival alongside CHVRCHES, ODESZA, MØ and Crystal Castles, garnering support from KEXP, Spin, Time Out New York, Revolt TV, among others, along the way.

Below is a full list of northwest-based tour dates.