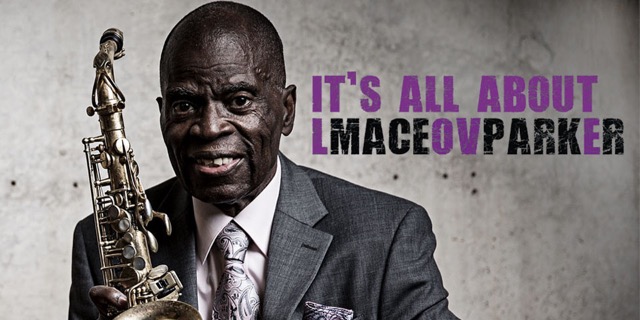 Few musicians have made as much an impact to their genre as Maceo Parker has to FUNK music. Alongside James Brown with the JB’s and Bootsy Collins with Parliament, Maceo was fundamental in the development of the genre in the ‘60s and ‘70s. With a couple dozen albums recorded in just that time frame, many artists of a lesser caliber would call that enough, but not for Maceo who’s currently touring in support of his new release It’s All About Love while also celebrating his 75th Birthday!

Maceo’s most recent recordings have put paired him with the WDR Big Band and the collaboration continues with a new studio album It’s All About Love with beautifully arranged songs by Michael Abene- all of which feature love in the title.

“I feel like we can’t say the word enough”, he says speaking of the new project, “we all could use a little more love in the world, and so I wanted to just have album which encompasses that”.

The selection is a broad range of songs from “Love The One You’re With” to the funky “Put Your Lovin’ in the Layaway”.

For this project Maceo recruited drummer Cora Coleman and bassist Carroll Dashiel who bring a solid groove to the music which of course also features the soloists from the WDR BB.

The album is- as all Maceo’s recordings are- a joyful experience well served as always by the arrangements of Michael Abene. It is a fitting album to celebrate Maceo’s 75th birthday and the longevity and importance of his role in musical history.

Whenever this sax-master is in town, it’ll be guaranteed that everyone around is “gonna have a funky good time.” In the famous words of James Brown, “Maceo, won’t you blow!”