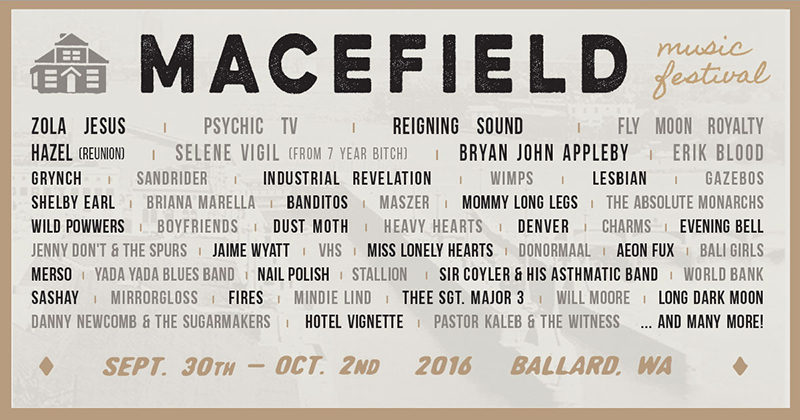 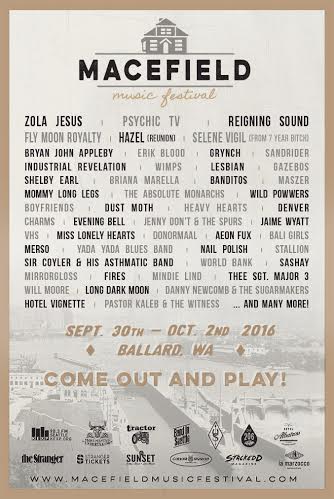 The Macefield Music Festival is proud to announce the 2016 festival happeningSeptember 30-October 2 in multiple venues. Headliners include Zola Jesus, Psychic TV, Reigning Sound, Fly Moon Royalty, Hazel (Reunion), and Selene Vigil (from 7 Year Bitch). Now in its 4th year, the festival remains committed to showcasing the best of the Northwest and beyond. The festival is presented by The Stranger, KEXP, and Band In Seattle and venues include the Mainstage, Tractor Tavern, The Sunset, Conor Byrne, Hotel Albatross, Gold Dogs, and more.

Weekend passes are available at www.macefieldmusicfestival.com for $45.