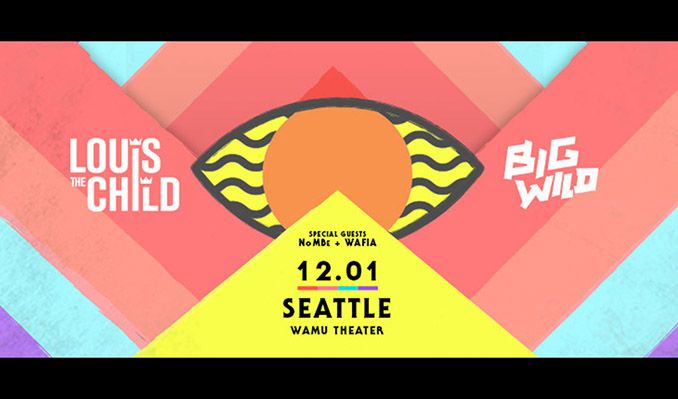 Louis The Child consists of Freddy Kennett and Robby Hauldren, who have taken the music industry by storm in recent years. With over 50 million Spotify streams, LTC provides their fans electronic bliss through stadium-ready anthems such as “It’s Strange,” featuring K. Flay and their ‪Icona Pop collaboration “Weekend.” On the most recent release, “Love Is Alive” (ft. Elohim), their versatility and emotional range shines through brightest, showcasing an understated tenderness, which Billboard praised as “soft and soothing.”

Since supporting the likes of ‪Madeon, ‪Porter Robinson, and ‪The Chainsmokers, Louis The Child has embarked on 2 headline tours totaling 37 sell outs and over 25,000 tickets sold in less than a year. Mixmag’s #1 artist taking American dance music to the next level has quickly risen to headliner status. Currently in the midst of a rigorous touring schedule, Louis the Child is fully prepared to bring smiles to the crowds of people across the globe.

Tickets to the band’s upcoming WaMu Theater performance with Big Wild can be found here.