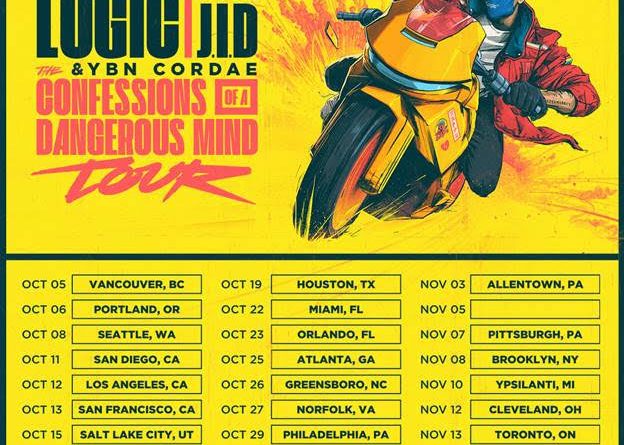 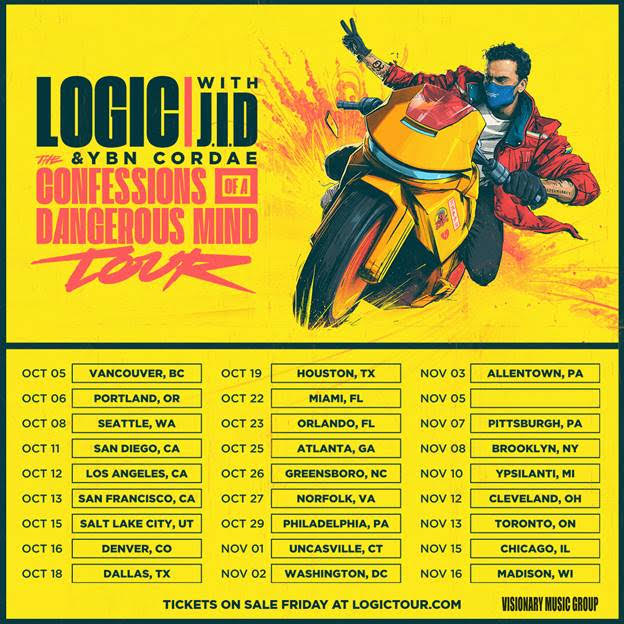 Logic – the 29-year-old Grammy nominated (“Song of the Year” and “Best Music Video”) rapper born Sir Robert Bryson Hall II – burst onto the music scene through a series of mixtapes that led to a significant, rabid underground fan base. “1-800-273-8255,” the 6X Platinum single off of Everybody, which spotlights mental health and suicide prevention awareness, has become Logic’s highest charting single to date. Referencing the National Suicide Prevention Lifeline number, the song created a cultural moment globally, affecting the lives of thousands. Logic has sold 650,000 tickets to date, which includes sold-out shows at Madison Square Garden and The Forum in Los Angeles. 2019 is shaping up to be Logic’s biggest year yet. His first novel, Supermarket, debuted at #1 on the New York Times Best Seller list, and has sold over 150,000 copies to date. With one of his most recent releases, “Keanu Reeves,” garnering close to 50 million streams in less than 3 weeks, there is no sign of slowing down.