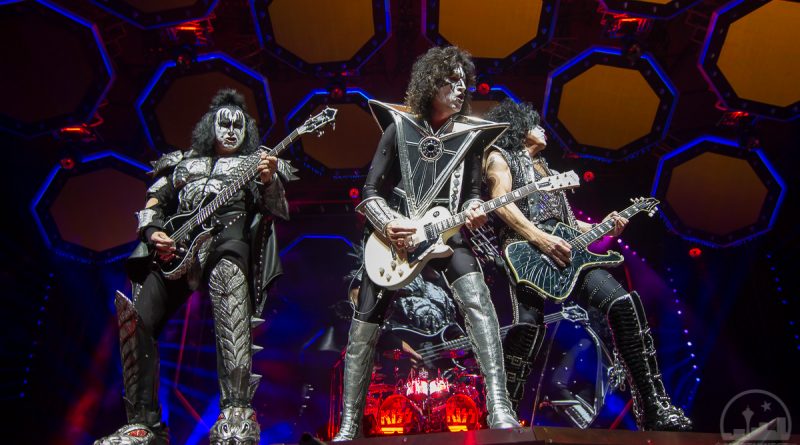 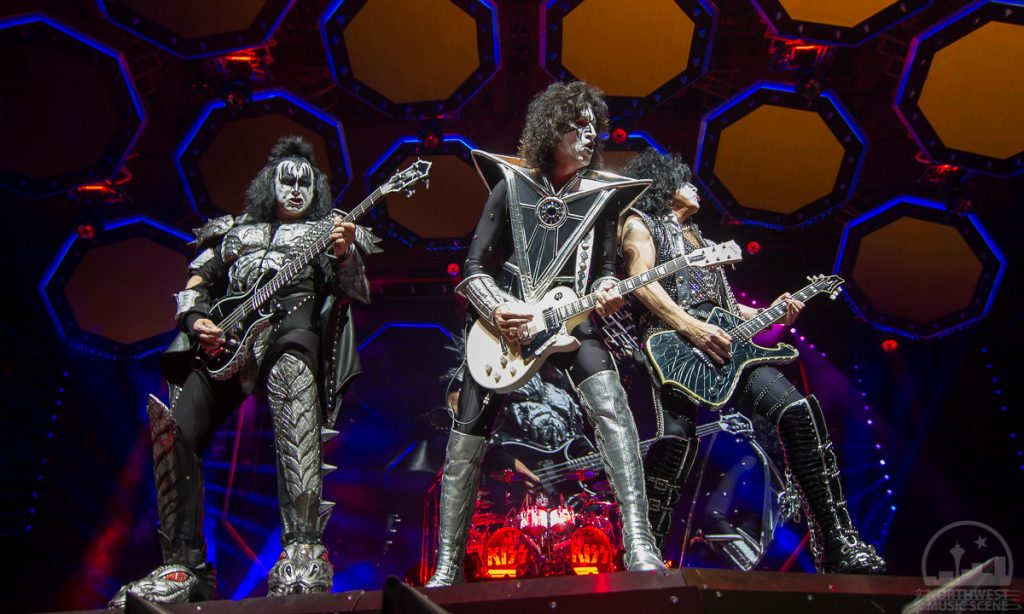 One thing that never gets old is the feeling you get in a large arena setting with around twenty thousand other people that are all there for the same reason. There’s an explainable energy that you feel a part of, and the beauty of it is that it doesn’t even have to be your favorite band in the world, although of course that doesn’t hurt. Inside the Tacoma Dome on Saturday night though, for many of the concert attendees, this was their favorite band and they hold fond memories of being a member of the KISS Army starting over four decades ago and still going strong. For them, there is no bigger band in the world. No better experience than seeing the makeup wearing, fire-breathing traveling rock and roll psycho circus that is KISS. And they aren’t wrong, there aren’t too many more electric experiences than a KISS concert, whether it’s your first or your 20th.  And since this was likely the last time many of them will experience a KISS concert live, the evening was that much more special.

As expected on this crisp but not too frigid pacific northwest Saturday night, this New York band delivered exactly what the devoted fans came to see. From the moment the stage exploded and they descended from the rafters while playing “Detroit Rock City” until the last note of “Rock and Roll All Nite” it was a evening of heavenly rock and roll bliss for the jam-packed Tacoma Dome crowd. A quick look around the room revealed that many in attendance weren’t born when KISS got their start and they had just as good a time as those that have followed the band since the beginning. 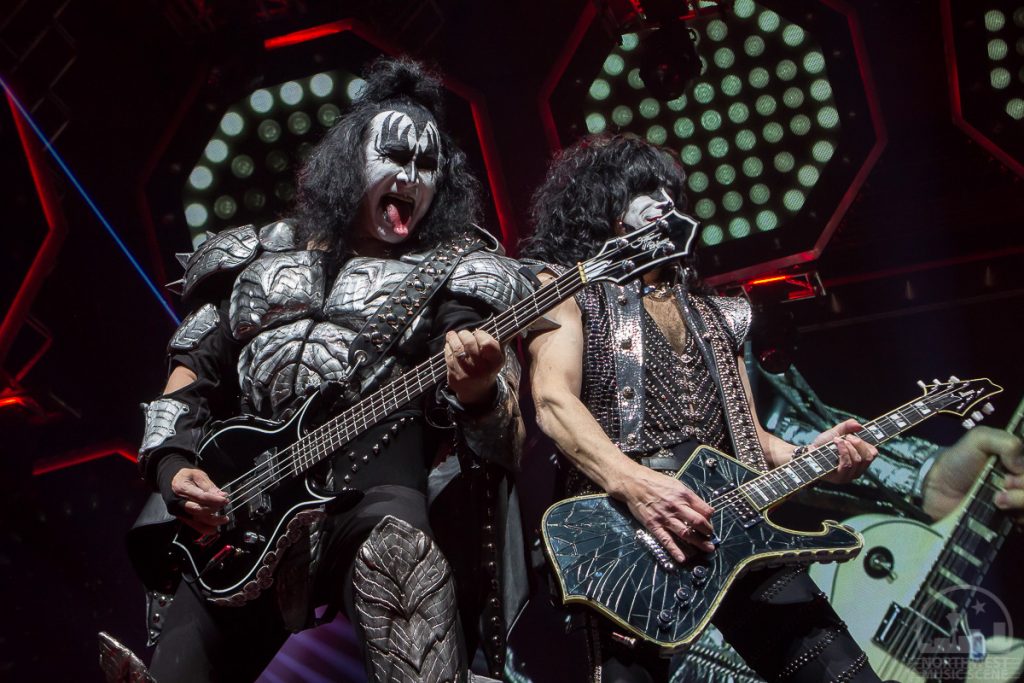 The setlist of course included most of the favorites from their decades long career, including the aforementioned classics and others such as “Love Gun”, “Cold Gin” and “Black Diamond.” No recent KISS show would be complete without legendary frontman Paul Stanley zip lining across the crowd and out to another elevated stage portion for a few songs, while those under him are out of their minds with excitement. Portland shredder Tommy Thayer and long-time KISS member absolutely brought the fire proving once again that he can hold his own with any guitarist on the planet.  He hasn’t lost any of the chops that metalheads first got a glimpse of from his time with Black ‘n Blue. Eric Singer, who’s been with the band for nearly three decades himself, mauled the kit like he always does and for his solo(s) played furiously from high atop an elevated drum riser. He further demonstrated his musical talent when he played piano and sang on “Beth” when the band came out for the three song encore. 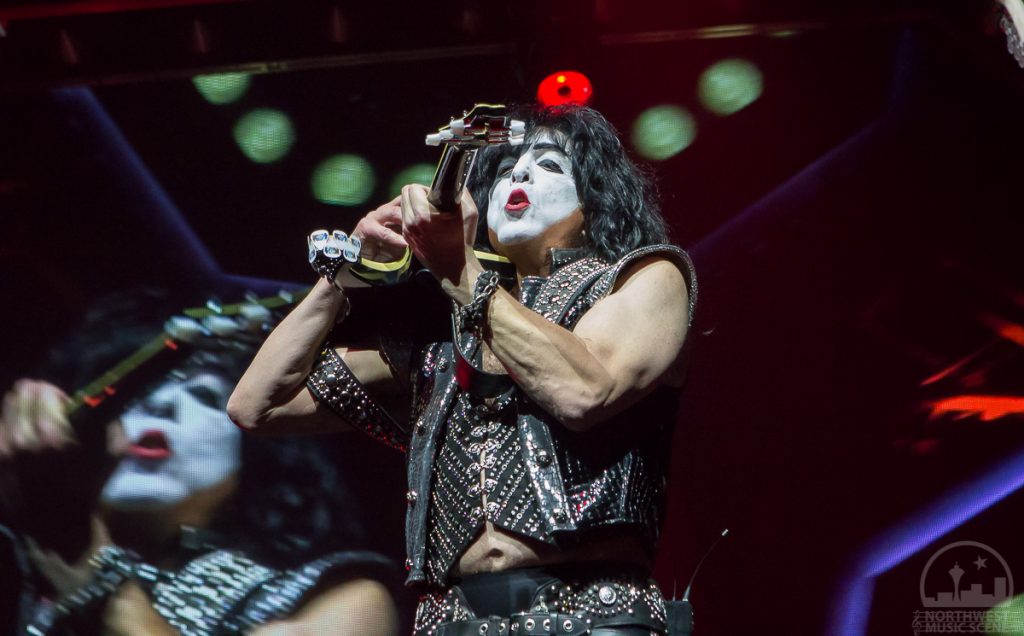 With Gene Simmons pounding away on his bass all night, it’s hard to grasp that he will be 70 this year and while he may have lost a step or two, I’d put his stage performance up against anyone that is damn near a septuagenarian. During his bass solo he also went for ride on one of the rising platforms, spitting blood and riling up the crowd, while bringing the thunder on the bass from way up in the air.

And of course Paul Stanley was a flamboyant as ever, owning the entire stage from side to side, front to back, engaging with the crowd all night long.  Stanley mentioned the Rock and Roll Hall of Fame, quipping that they hate KISS but the reason the band got in is because of crowds like the people that paid to see them in Tacoma and he thanked them for the support.

Here’s the 20-song setlist from the show:

Detroit Rock City
Shout It Out Loud
Deuce
Say Yeah
Heaven’s on Fire
War Machine
Lick It Up
100,000 Years
God of Thunder
Cold Gin
Psycho Circus
I Love It Loud
Hide Your Heart
Let Me Go, Rock ‘N’ Roll
Love Gun
I Was Made for Lovin’ You
Black Diamond
Encore:
Beth
Do You Love Me
Rock and Roll All Nite 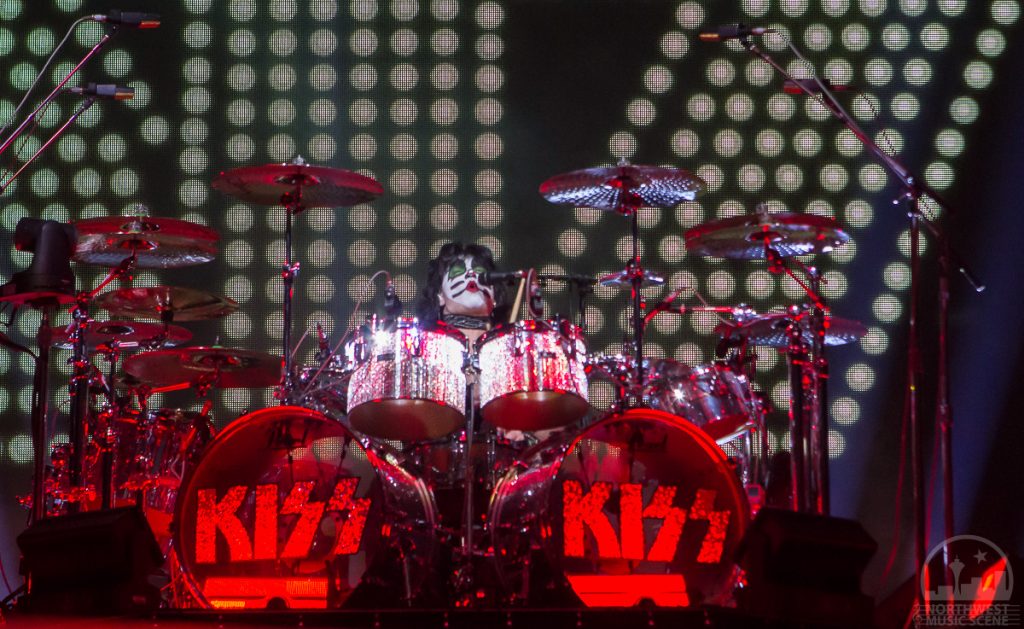 No matter where KISS stands in your top ten rock bands of all-time, one thing that is beyond argument, there’s literally nothing like a KISS concert in person. Nothing.