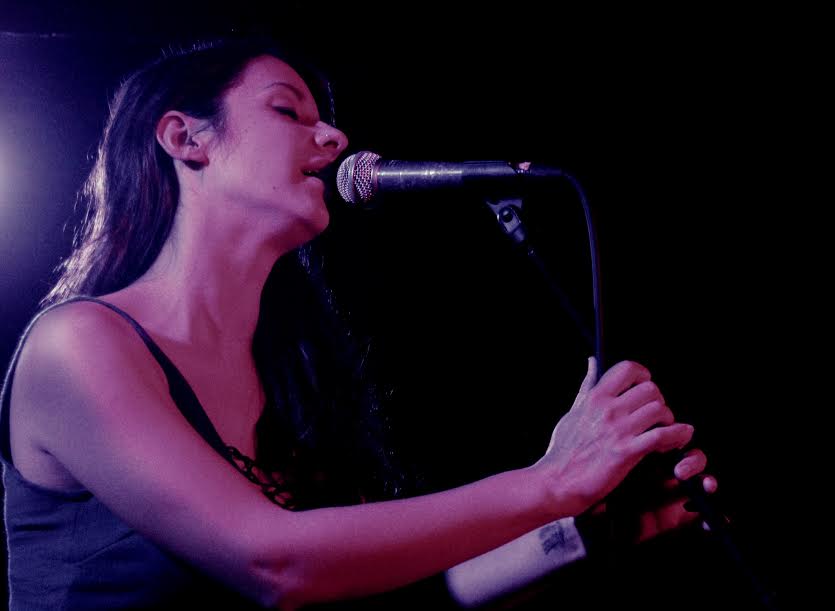 Sometimes I’m a little more excited for a show than others and this was one of those times.  I couldn’t wait for November to come around so I can see Keep Shelly in Athens live in Seattle. Keep Shelly in Athens leaves the listener with a feeling of a far away dream, a place you don’t want to come back from. I can mostly relate to their dream-wave sound partly because it reminds me of sitting on a beach somewhere in Greece. The band is on a huge North American tour supporting their latest album Now I’m Ready, their fourth go around since their creation in 2010.

Producer/mastermind known as RΠЯ started creating sounds then later teaming up with singer Sarah P. to perform together. Myrtha joined in 2014 and I have to say she captures the continuous emotion of what the band has been saying all along.  Her voice echoes in the distance somewhere calling you over slowly, demanding your full attention.  The duo tours as a four-piece band, which creates a more traditional setup on stage.  They have been steadily building a following and becoming more popular in the States and Europe.

The first time I heard the name, I wanted to make it my own, so I often say Keep Sophia in Athens, as I would like to live there.  The name has nothing to do with Shelly, though; in fact, Shelly doesn’t even exist.  The band started in a neighborhood called Kypseli in Athens and it’s more about that pun.  I also appreciate the duo’s creative side and their willingness to stay anonymous, focusing all eyes and ears on the music. A fun fact about the duo is that they released a split cassette EP with deep house kingpins Disclosure in 2011 before either band was really known, which sold out quickly.

After gaining popularity with their first released tracks, Keep Shelly in Athens was quickly booked at major festivals including Fun Fun Fun Fest, Coachella, and BottleRock, to name a few, and have even had their music featured on US TV shows such as the CW’s “The Originals.” For someone starting in Athens, that’s a pretty big deal, and it makes me happy that people have embraced their sound and aura.

Some of my favorites include “A Tear In My I,” “Running Out Of You,” “DIY,” “Cremona Memories,” “In Love With Dusk,” and “Fractals.” It’s a weird thing to compare it to but if someone could have added music to remind me of my own time in Athens, it would be them.  If you haven’t gotten around to listening to them, find the time!

Posted by S.Barkalakis on Monday, 23 November 2015