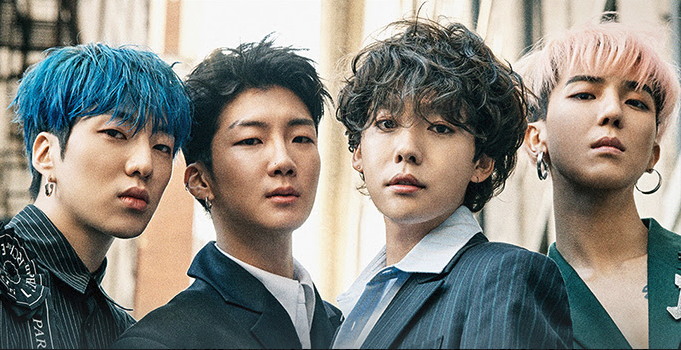 STG Presents K-Pop boy group WINNER at Seattle’s Paramount Theatre on Tuesday, January 15th, 2019. Tickets go on sale on Monday, November 19th at 10am and are available online at Ticketmaster.com.
WINNER comes from K-Pop label YG Entertainment. YG Entertainment has given us a number of legendary K-Pop icons throughout the last decade, including PSY (Gangnam Style), 2NE1, Blackpink, and Big Bang. WINNER follows in the footsteps of their labelmates and are ready to take the USA by storm on their upcoming 2019 Everywhere Tour. WINNER will make their first appearance in Seattle on January 15th at The Paramount Theatre.
After proving the value of the name WINNER with their debut album 2014 S/S and their releases last year including FATE NUMBER FOR and OUR TWENTY FOR, the group finally made a comeback with an official full album EVERYD4Y in 2018.  The group gained increased recognition in 2017 and established their unique sound with the song ‘REALLY REALLY,’ which helped cement their current popularity through their musical growth and promotional activities. Their new album EVERYD4Y shows the group’s attempt to expand their musical spectrum into various genres including hip-hop, trap, acoustic, and ballad. Check out the music video for ‘REALLY REALLY’ below: 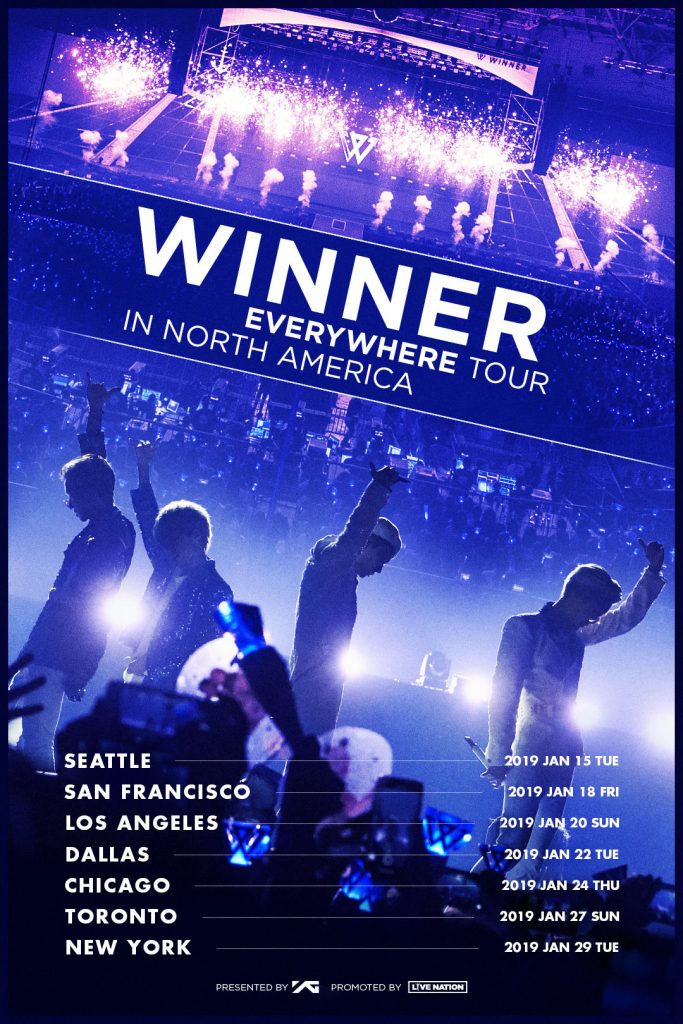