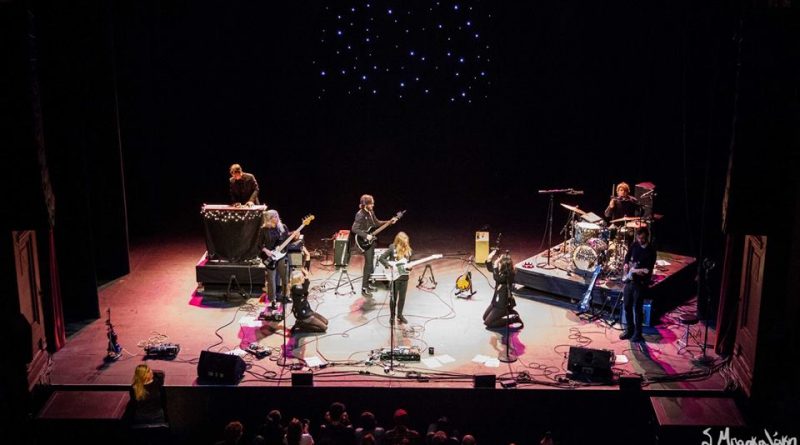 The long awaited night that lucky fans craved for some time now was finally here and the beautiful Moore Theater filled up for talented Lucy Dacus, Phoebe Bridgers and Julien Baker. Each have released critically acclaimed albums over the last year and have also joined powers to give us supergroup boygenius. Even though the night was billed as individual performances we all hoped that we would get to hear a few songs from their collaborative EP released earlier this fall. By the end of the night we got a lot more than we expected with a musical treat of four hours filled with incredible talent.

The lights dimmed for Lucy Dacus who started the night of emotional rollercoaster. Dacus who released her second record Historian this year, stood in the middle of a very stripped down stage with her band. In the background a small light was hanging designed to match her latest record’s artwork. Who needs extra lights and props when you can have people focus on your words that are emphasized by your incredible voice? The young artist played a few songs for us and stopped to note that her dad was in the audience and she dedicated “Pillar of Truth” to her grandmother, who she wrote it for. It was the highlight of her set as her emotion painted a clear picture of what she was singing about and nothing was left uncolored. 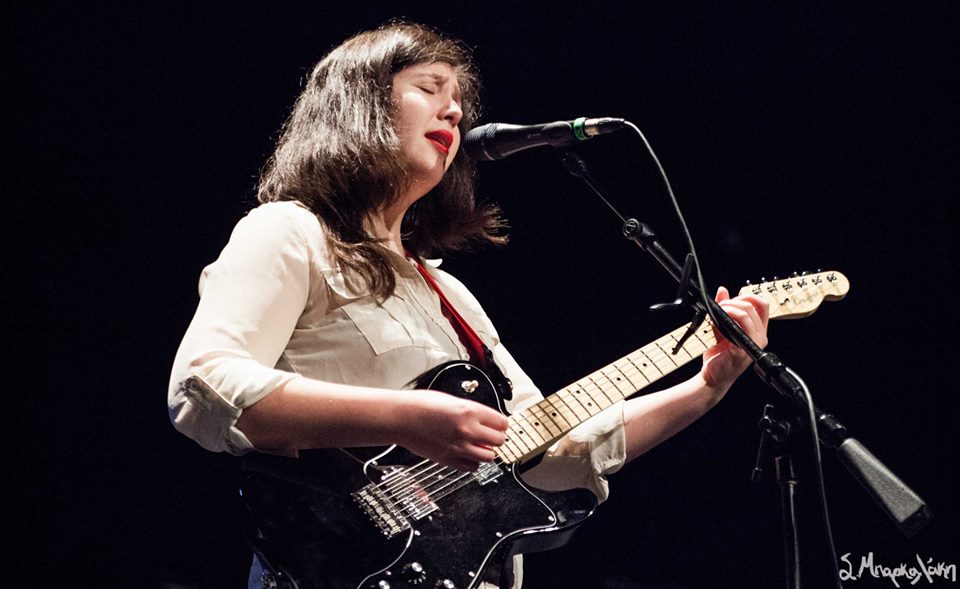 Next up was Phoebe Bridgers performing tunes from her debut album Stranger in the Alps. The background changed with a banner displaying her name and some picture designs as her band stood with her. It’s hard to miss one of her tour designs because it’s styled in a metal band way, which makes it more noticeable. Violinist Camille Faulkner, who joined in every set of the night, also played during a few of her songs, adding the extra layer of depth with her presence.

Bridgers stopped to mention that she recorded a lot of YouTube video covers that she posted early on in her career and that most of them were probably of Noah Gundersen, which led to asking him to join her. Gundersen came to the stage as surprised fans got even more excited as Gunderson joined her on “Killer + The Sound,” a collaboration they released earlier this year. It was a beautiful moment to have two such talented artists share the stage. Bridgers called her drummer to the stage shortly after to sing a cover of Gillian Welch’s “Everything Is Free.” This became a funny moment as they both started to laugh towards the end unable to finish the last bit of the song multiple times. 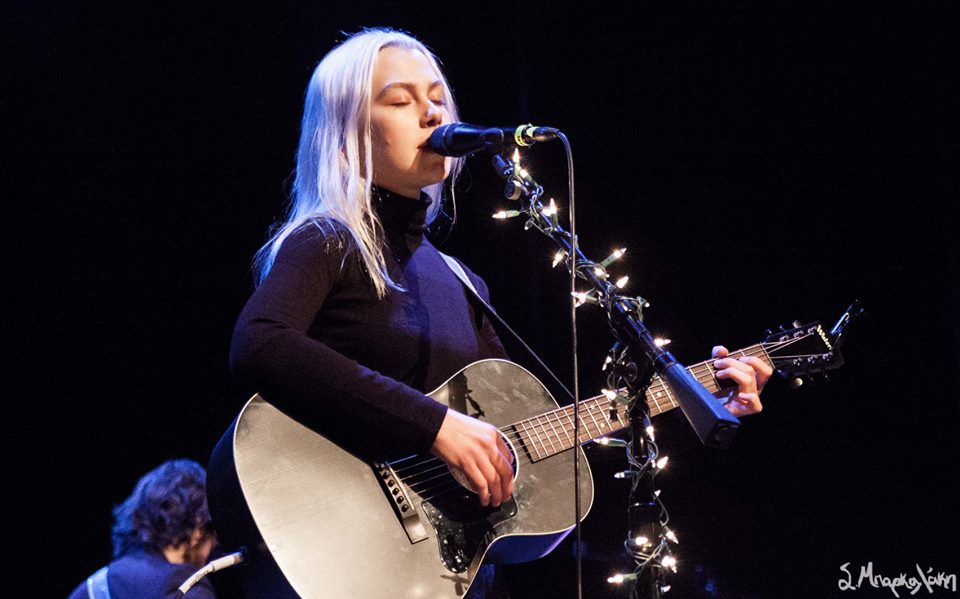 It was time for the final solo set of the night with Julien Baker, who performed most of her songs playing either the guitar or the piano that was setup for her. Faulkner joined her for most of her songs but it was mostly an incredible showcase of her lyrics and all that was left behind them. The background banner changed with one that had Baker’s name on it but nothing more around her other than her instruments. After the release of her sophomore record, Turn Out the Lights, she established herself as one of the most talked about performers over the last year. The raw emotion in her songs catches you by surprise sometimes and leaves you completely vulnerable and helpless.

There is nothing between Baker and her audience as she willingly stands completely bare in front of them. This kind of expression doesn’t always happen with musicians as most of them hold a piece for themselves. Not Baker, she’s not even trying to hold back, she wants you to feel everything she is and she makes sure of it. She succeeds in connecting with everyone in the room and she makes them feel exactly as much as she is, masterfully captivating them. You begin to wonder how is she getting through to you in such a powerful way, disarming you and with every word intensely capturing her despair as your own. By the end of “Appointments” she has stripped down mirroring your own nakedness and in the last words of “I know that it’s not but I have to believe that it is,” you have become one with her. 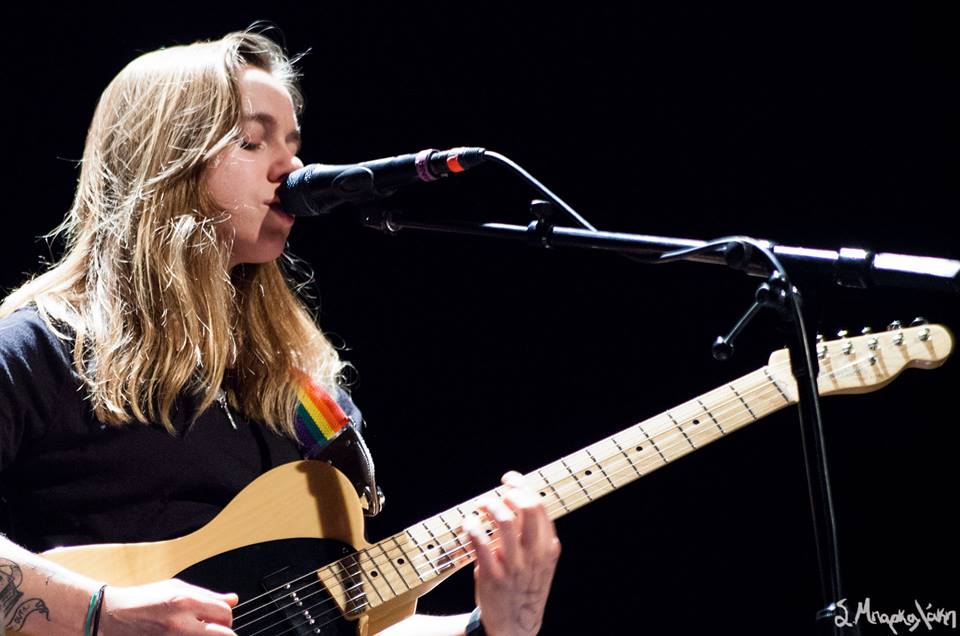 After a short break and setup, all three artists joined powers on stage for a full-band boygenius performance playing their entire collaborative EP released earlier this fall. They wore matching blazers that have each of their initials in front of them accompanied by their band members. This is a treat and it became a highlight of the night and a great way to finish a great evening packed with so much talent.

In addition to playing all six songs off their EP, the audience got a bonus cover of “Cowboy Take Me Away,” by the Dixie Chicks. Baker played the mandolin in a few songs during this set and Bridgers her guitar. Their voices and style are so perfect together, this supergroup just seemed like a great idea and we’re happy they joined powers. They finished the night with “Ketchum, ID” and it was the perfect way to describe our feelings about the whole night. Perhaps none of us are never anywhere, anywhere we go, but at least we’ve had great company to guide us through.